How your effective income tax rate has changed 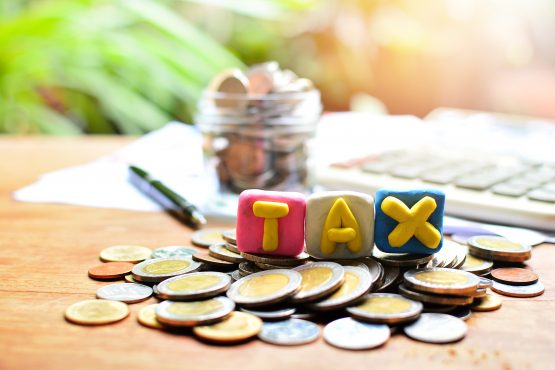 Treasury only offered income taxpayers marginal relief for inflation and as a result, effective tax rates have increased. Picture: Shutterstock

When British prime minister Margaret Thatcher came to power in the UK in the late 1970s, inflation had started rearing its ugly head.

The minister of finance, Geoffrey Howe, used the opportunity to balance his budget by offering limited relief for fiscal drag. Effectively, the government collected taxes by stealth, something that has become quite common in the tax world – and in South Africa.

When our finance minister Tito Mboweni took to the stage in Parliament for his first budget speech on Wednesday, it was widely expected that personal income tax rates would remain unchanged, but the announcement that tax brackets would not be adjusted for inflation at all came as a surprise. Treasury expects to raise R12.8 billion in tax revenue in this manner. Only marginal adjustments were made to rebates.

But what does this mean for taxpayers? While South Africa’s inflation rate is nowhere near that of the UK in the late 1970s (Treasury expects CPI of around 5.2% in 2019), government is raising money in a similar way. It means that even though the tax rate and brackets remain unchanged, an inflationary increase in your salary will increase your effective tax rate.

The impact is probably best explained by way of some examples. The table below follows three individuals below the age of 65 who earned R250 000, R500 000 and R1 million in 2014/15 respectively. We assume their income rose 6% every year. To keep the calculation simple, no tax deductions or credits were allowed. The numbers for 2015/16 are not displayed due to space constraints, but inflationary adjustments to salaries were considered during the year.

The tables below show how the government’s budget announcement would affect these fictitious individuals.

But for someone with R500k income, the same inflationary salary increase would see their net tax liability rise 9.4%! Middle income earners are harder hit than upper incomes this year from a personal income tax perspective.

Instead of asking for an inflation linked pay hike, could employees ask for other benefits on the company tab?

Technically these should be declared as fringe benefits but probably enough grey area?

Unfortunately, the Income Tax Act has already covered by way of law every little corner of fringe benefits there are….taxable.

Unless if the employer starts paying people in part with cash withdrawals , like via e-Wallet/Cash Send type transfers *lol* But if a company pays you cash, they cannot claim it as a staff expense in their books (so the company lose 28% in deductible business expense). Same thing if Crypto-money is used….if not declared, it’s out of the tax net, but company expense not deductible.

But perhaps it can work(?) The employer and yourself has to come to some ‘middle ground’ agreement, as they will have to pay you less (as you don’t pay tax at your average bracket), and employer lose the staff expense claim at 28%). Somewhere between the 28% and your average tax rate.

Problem is, it’s not going to fly by the employer’s auditors. And a scheme of tax evasion… 🙁

I’m no tax guru but here’s an example.

Say I run a company with 5 employees. Instead of wage hike, they agree to me buying them lunch each day at work. Casual, spoken agreement – no paperwork.

Put this cost on the books as a running business expense or entertainment expense or similar. Same for petrol.

Here are some handy Fringe benefits that are non taxable. Get your employer on board!

The private use of a company owned vehicle if:
• The nature of the employee’s duties requires regular use of the
vehicle outside normal working hours.

• Where the services are rendered by the employer to its employees in
general at their place of work for the better performance of their
duties.

• Subscriptions due by the employee to a professional body, if
membership of such body is a condition of the employee’s
employment.

• Meals supplied during business hours, extended working hours or on a
special occasion; OR enjoyed by an employee in the course of providing entertainment on behalf of the employer.

SARS has closed all the loops on this unfortunately. The 7th schedule that deals with fringe benefits specifically states that meals provided to employees need to be included in the taxable income of the employees. Same goes for petrol if it’s not used for business purposes. On top of that you wouldn’t be able to claim VAT back on the meals as SARS sees this as “entertainment” costs and not in the production of income.

Like Michael said above if the auditors pick it up they could see it as tax evasion. It doesn’t matter if there is a written agreement or not, they just look at the substance of it.

Instead of asking for an inflation linked pay hike, could employees first raise production in line with inflation?

In the interests of treating/taxing customers fairly, SARS should be required by law to compulsorily adjust the brackets by the CPI which will then force a deliberate and transparent increase in tax rates. Why the (illegal cigarette) smoke and mirrors?

Just another divide and conquer technique. Hit the masses, divide them into groups, cause distress and envy between social groups to distract them from the true evil and keep them fighting amongst each other.
Rinse & repeat

subtle manipulation of tax….this sounds to me like good business thinking. These people are apparently not as stupid as we thought.

Absolutely correct – its all a case of who massages the data/stats. Also the high earner gets less value for his tax Rand than any of the other categories, and also supports more social grantees. Is the tax collection methodology fair – absolutely not.

“The South African tax revolt is not in the form of a tax boycott, but in human and investment capital rushing out.” M Schussler.