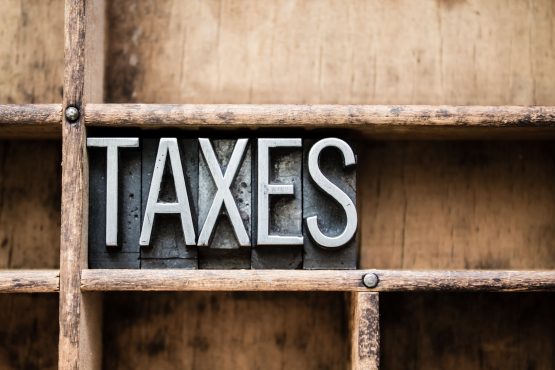 The tax ombud has come across a few cases that are ‘peculiar in their very nature’. Image: AdobeStock

The rules governing the tax dispute resolution process are supposedly straightforward, but negligence and misapplication of the rules by the South African Revenue Service (Sars) and ignorance on the part of taxpayers serve to frustrate the process.

In a recent case it took a taxpayer three years to have his matter resolved. In that time he submitted five objections against a Sars value-added tax (Vat) assessment, lodged complaints to the Sars Complaints Management Office, and eventually approached the Office of the Tax Ombud (OTO).

According to the rules a valid objection should, if Sars does not request additional documents, be finalised within a period of 60 business days, or 105 business days in certain very special cases, from the date of objection, says Nico Theron, founder of Unicus Tax Specialists.

A 2020 investigation by the OTO revealed that 54% of all objections filed with Sars were invalidated. However, the ombud found a 31% error rate where the objections were incorrectly invalidated.

Once an objection is invalidated, the taxpayer is stuck and needs to resubmit an objection. Sars must either allow or disallow the objection for the process to move forward.

Read:
Tax disputes gathering dust
Sars incorrectly recalls refund from a taxpayer’s bank account
It can be exhausting to do battle with Sars

Thabo Legwaila, CEO of the OTO, says it is human nature to make mistakes, but it gets concerning when it happens too often. “It is concerning when Sars does not take remedial action immediately [when it errs] and the taxpayer ultimately needs to come to us.”

Taxpayers not the only ignorant ones?

Theron, a member of the South African Institute of Taxation’s dispute management workgroup, says too few people within Sars seem to understand and know the rules that govern tax dispute resolutions.

“I say especially in Sars, simply because one would expect Sars to take the lead in these matters.”

He says it seems that some Sars officials simply do not know when they can invalidate an objection.

It also appears that they don’t know the difference between an invalid objection and a disallowed objection.

“I can only speculate as to why these issues arise … I hope it is only ignorance because if it’s not ignorance, then the reasons that remain may suggest serious cause for concern,” says Theron.

Some of the issues raised in the OTO report include requesting additional information and then failing to take a decision on the objection, and the incorrect treatment of cases where condonation for late filing of an objection was not allowed.

Legwaila says the OTO is currently investigating whether the problems it sought to resolve with its 2020 Systemic Investigation Report.

His office has come across a few cases recently that are “peculiar in their very nature”.

“If we have dealt with a matter and we receive complaints again we are getting worried that Sars is not implementing our recommendations as they said they would.

“We are keeping a hawk’s eye on that.”

Sars did not respond to a request for comment.

How this particular ‘litany of errors’ unfolded

In the case published by the ombud the taxpayer started the “litany of errors” by submitting an objection to an assessment and requested reasons for the assessment from Sars.

Sars invalidated the objection because the taxpayer should have followed a different procedure to request reasons. Nonetheless, Sars provided reasons for the assessment, and the taxpayer again submitted an objection.

The matter was delayed when Sars incorrectly routed the objection for a condonation when the filing was well within the timeframes set out in the rules. The third objection was again invalidated and a duplicate objection (four and five) was also invalidated.

Surely Sars must have recognised that something was amiss when this taxpayer filed his third objection, remarks Legwaila.

The OTO found that Sars did not deal with the merits of the objection, and had not made a decision (to allow or disallow) on the first objection. Sars eventually opened the last invalidated objection and reconsidered the case on the ombud’s recommendation.

It was only in October last year that Sars partially allowed the objection and issued a letter on the outcome.

Sars should be your first port of call

Legwaila says when taxpayers are not familiar with the rules they should contact Sars. If they are not happy with the outcome they can ask the ombud’s office for guidance on whether the rules have been applied correctly and what remedies are available to them.

“Dispute resolution is a legal process that follows specific timelines and procedures. If taxpayers miss the timelines or use the procedures incorrectly they shoot themselves in the foot,” he says.

In some instances, a taxpayer may drag their feet when they owe Sars a tax debt – or Sars may drag its feet when it owes the taxpayer a refund.