Investment in SME sector under threat 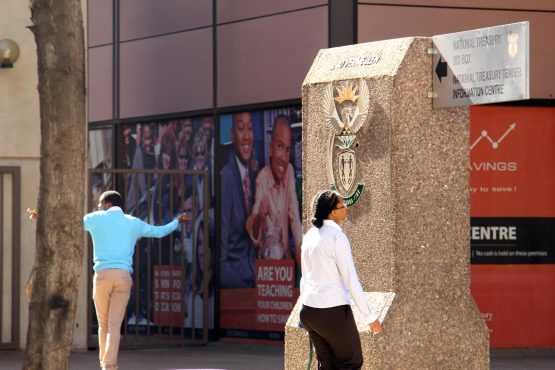 The proposed amendments have been met with some concern. “The Section 12J tax incentive was passed in 2009,” says Derrick Hyde, founder, and director of Jaltech, which specialises in forming, administering, and structuring Section 12J VCCs. “However it was not until recent years when minor legislative amendments rendered it more workable, that investment began to flow. As a result, 90% of capital raised has happened in the last two years.”

There are some 120 registered venture capital companies who are investing in the sector. They have invested about R3 billion into the SME sector since the law was enacted, however much of this will be recent investments.

The concern is that the proposed amendment will severely hamper, if not destroy, the sector should it be passed.

“Whenever you offer an attractive incentive there will be those people who work it to suit themselves, rather than the purposes for which it was intended, which was to unblock investment into the SME sector,” says Neill Hobbs, co-founder and director at Anuva Investments, another section 12J venture capital company.

“National Treasury is responding to what it perceives as abuse of the incentive. I don’t think it was happening on a large scale. But when people are advertising using 12J to avoid tax, or buy a holiday home, it will alert the authorities to possible abuse.”

For instance, a controlled company is an investee company (or SME) that has a corporate shareholder that holds, directly or indirectly, at least 70% of the shares in that company. This “controlled company test” in the definition of “qualifying company” ensures that, at a minimum, there is more than a 30% independent shareholding in a qualifying company apart from the VCC.

In the Explanatory Memorandum of the Taxation Laws Amendment Bill 2018, Treasury has effectively defined abuse as “trading between an investor that invested in a VCC company and a qualifying company in which that VCC takes up shares”. “This makes sense to a degree, however this definition is too wide, one example of this is where VCCs have been set up specifically for enterprise and supply development – a powerful contributor to BEE mandates – you will find these VCCs falling within this definition of abuse, something that we are certain is not Treasury’s intention,” says Hyde.

The new rules propose that only one class of shares is available for investment in the qualifying SME. This is of concern, says Hobbs. “Practically the VCC has greater access to capital than the owners of the SME. In our experience a successful qualifying investment requires both the contribution of capital and expertise by the VCC and the contribution of ‘sweat equity’. Problems arise with subsequent rounds of funding. If there are not different classes of shares, the consequence of advancing further capital by way of shares would be the dilution of the owner’s interests – which is demotivating.”

According to Hyde, multiple share classes at a VCC level are also used around the world as a way to ring-fence different industries and time spans. “It allows for profitable business practice and enhanced capital investment,” he says. “By deeming it non-compliant, costs and inefficiencies will tilt VCCs from profit into loss, investor confidence will plummet, funds will be withdrawn as VCCs close their doors, funding will be reduced and economic growth will be obstructed.”

Hyde is concerned that the proposed amendments could result in almost the entire sector being disqualified due to non-compliance. “Of the roughly 120 licensed VCCs in existence, should the proposed bill be passed, only a few will remain compliant and the rest will have to be restructured, if this is possible, in order to remain in business,” he says.

Another concern is that some of the amendments will be applied retrospectively, leading to heavy financial consequences for companies that have, to date, been operating under full compliance.

The result will be reduced investment into SMEs at a time when it is critical to the economy.

Treasury has recognised that VCCs investing under S12J are providing a meaningful contribution to the economy. The amendments, it says, are an attempt to put an end to the abusive schemes in the sector.

“The proposed amendments may be a bit of a knee-jerk from Sars, but there is a lot of dialogue still to come,” says Hobbs. “Our interaction with Sars and National Treasury has always been positive, they have never ignored representation from the industry.”

The trick, it seems, is to find a way of restricting the companies that are abusing the system, rather than the mechanisms currently in play. While some seek loopholes, the successful functioning of the industry is dependent on the mechanisms under review.

For Treasury at a time like this to be discouraging any form of investment in SA, is a disgrace. If people are abusing the legislation, impose law around the abuse. The question needs to be asked whether Treasury will realise the impact of their amendments and either withdraw or engage the VCC market and amend in order to prevent abuse.

Sadly the policy approach from the ANC is to shoot first then ask questions later. SARS live by that rule.