Stricter measures to prevent ‘dividend stripping’ have unintended consequences.
By Amanda Visser 4 May 2018  00:10 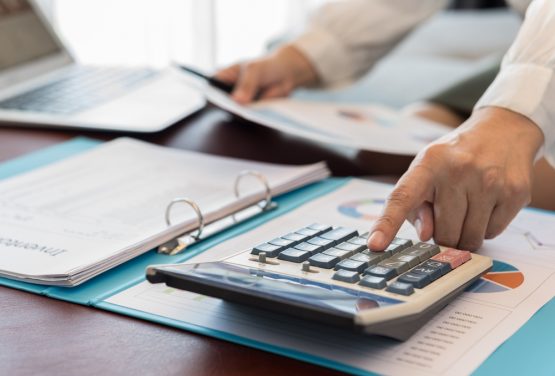 Commercial transactions, such as mergers and amalgamations, have slowed down considerably since the introduction of stricter tax anti-avoidance rules for corporate restructuring.

National Treasury has introduced stricter measures to prevent companies diluting the value of their shares – by declaring large dividends to corporate shareholders prior to the sale of their shares – in order to avoid Capital Gains Tax or Income Tax.

This practice is called “dividend stripping” and results in less or no Capital Gains Tax or Income tax when the shares are subsequently disposed of by the corporate shareholder.

Treasury has accepted that the new measures may affect some legitimate transactions and arrangements. It has called for further comments and submissions to deal with the issue at a recent workshop.

David Warneke, head of Tax Technical at BDO, says the Income Tax Act, through the corporate restructuring rules, has for years made provisions for the “tax neutral” transfer of assets and liabilities, mainly in groups of companies.

The anti-dividend stripping rules have been part of the act for some time, but have recently been tightened to prevent companies from diluting the value of the shares by declaring large dividends.

An example of how the dilution takes place is if Company A wants to dispose of its shares in Company B. Rather than selling the shares directly, it gets Company B to distribute all its reserves to it prior to the sale of the shares. The distribution of capital reserves is often regarded as a dividend and is tax free.

When Company A then sells its shares it does not trigger any significant Capital Gains Tax or Income Tax because the value of Company B has been “stripped” through the declaration of the large dividend.

The initial draft introducing the anti-dividend stripping measures proposed that “any” dividend declared by a company within 18 months prior to the sale of shares would have been recharacterised as proceeds for Capital Gains Tax or Income Tax purposes.

However, since the initial draft several tax commentators raised concerns about the effect on legitimate transactions. Treasury has subsequently introduced the concept of an “extraordinary dividend”.

This dividend must have been received within 18 months prior to or else as part of a share disposal arrangement. If it exceeds 15% of the market value of the shares, the excess amount will be added to the proceeds for Capital Gains Tax or revenue Income Tax purposes when the share is sold.

Warneke says there does not appear to be an incentive for a taxpayer to reduce a share’s value by declaring large dividends – dividend stripping – if the share disposal would be tax neutral in terms of the corporate reorganisation relief rules.

“In other words, a taxpayer can opt to simply not declare dividends and not trigger the anti-avoidance dividend stripping provisions, and implement the tax-neutral corporate reorganisation transaction, since tax-neutrality is afforded regardless of the value of the shares,” he says.

“The problem, however, really lies in the breadth of the scope of the anti-avoidance dividend stripping provisions.”

An amalgamation transaction typically entails Company A transferring all of its assets and liabilities to Company B, whereafter Company A is wound up.

Before Company A is wound up its shareholders receive shares in Company B in place of the shares they held in Company A. The transfer of these shares usually constitutes a dividend that now falls into the broadened anti-avoidance dividend stripping provisions and triggers Capital Gains Tax or Income Tax.

Warneke says it is in the interest of legitimate transactions that the corporate restructuring rules overrides the anti-dividend stripping rules.

“If there are good commercial and operational reasons for restructuring a company there should not be a tax consequence.”

Since when is dividends tax-free?

A dividend between South African resident companies are exempt from dividends tax in terms of section 64F(1)(a), subject to the beneficial owner submitting a declaration to the company paying the dividend (if the companies are not part of the same group of companies, as defined).

for B to distribute dividends, div tax will have been paid

If B passed the cash on as a return of contributed tax capital, then this reduces the holding company’s base cost in B by the same amount, so in effect increasing the capital gain on subsequent disposal

How does A avoid tax consequence?