Treasury should publish an annual cost benefit analysis of all the tax incentives as part of the annual budget.
By Barbara Curson 2 Mar 2021  00:01 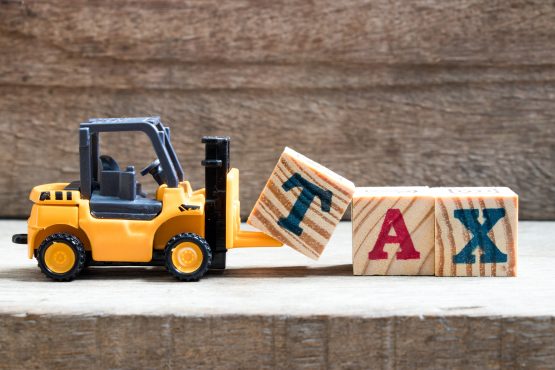 National Treasury indicated in the 2020 budget that government is reducing the number of tax incentives in the tax system, and the 2021 budget has reminded taxpayers that four further tax incentives are scheduled to lapse on reaching their respective sunset dates.

Treasury noted that: “Tax incentives often undermine the principles of a good tax system, which should be simple, efficient, equitable and easy to administer.”

It also observed that: “Tax incentives and some expenditure deductions provide favourable tax treatment to certain taxpayers or groups of taxpayers, and inevitably result in the creation of vested interests and lobby groups.”

The incentives in respect of airport and port assets, rolling stock, and low-cost residential units have a sunset clause of February 28, 2022.

The film incentive, which provides for the exemption from normal tax of income derived from the exploitation rights of approved films, expires on January 1, 2022.

Treasury has invited stakeholders to provide detailed reasons on why the sunset clauses should be extended. The submission deadline is March 31.

However, Treasury has not indicated what information it requires, or in what format.

Nevertheless, on receiving the mishmash of information from various sources, Treasury “will determine the extent to which these tax incentives enhance efficiency, transparency and fairness in the business tax system, together with how these incentives [will] facilitate economic growth through improved investment and competitiveness”.

Treasury is currently reviewing the urban development zones and learnership tax incentives. The incentives have been extended for two years while their reviews are completed.

Bizarrely, the DST would not allow any patent attorney to sit on the task team.

In the opinion of a well-known patent attorney “the task team’s published report [April 2016] is riddled with misstatements of law, inaccuracies and an entirely superficial treatment of intellectual property and legal concepts”.

The R&D incentive expires on October 1, 2022, and Treasury and the DSI will be publishing a discussion paper inviting public comment on the future of the incentive.

Tax provisions for travel and working from home

Treasury will review current travel and home office allowances to investigate their “efficacy, equity in application, simplicity of use, certainty for taxpayers and compatibility with environmental objectives”.

Treasury recognises that this could potentially have an impact on salary structuring, and will commence consultations during 2021/22.

Does working from home in casual wear turn out to be more expensive than the cost of travelling to work? And for those who are already claiming expenses, beware the capital gains tax sting-in-the-tail if you own your home.

After two large gas discoveries off the coast near Mossel Bay, Treasury and the Department of Mineral Resources and Energy are of the view that there is potential for further exploration. They will jointly publish a discussion paper on potential tax reforms.

A tax incentive should not only yield greater benefits than the cost in monetary terms, it should also create sustainable businesses that will grow and thrive once the incentive is used up. Obviously, the incentive should boost employment. Other required measurements should be contained in the legislation.

Unfortunately, the loose legislation written around certain incentives creates opportunities for the tax avoidance sharks to come up with creative ways of utilising the incentive.

The sharks will turn the incentive into a saleable product. Without sharp watchdogs at Sars to audit all the incentives, and to challenge those getting abused, the fiscus is unnecessarily drained.

Treasury should publish an annual cost benefit analysis of all the tax incentives as part of the annual budget. The information should include the cost of each incentive, the total revenue earned, the total amount of tax paid (if any), as well as the new jobs created in the payroll system (not moved from one department to another).

There should also be information regarding businesses that closed down after the incentive ran its course.

The public has a right to know how their tax money is allocated (and how it was wasted).

Rather put a sunset date on BEE, it’s killing our economy along with ANC corruption.

The truth about some of these incentives e.g the Research and development incentive, is that the requirements are so onerous that it is near impossible to qualify in any case. Even if you did manage to qualify, why go through all that additional effort to deduct your R&D cost at 150% when without the whole process, you can deduct it at 100%? That is why nobody uses section 11D. And besides, those who could have used it like Elon Musk, left SA a long time ago.

Well put JNRB,
There is no incentive to use these incentives, they are onerous & complicated and as we have seen the anc’s policy comes with uncertain terms that are in a constant state of cliff hanger change.

Nobody wants to buy farm land, EWC has taken more than 6 years to finalise and it is nowhere near complete yet the anxiety of the suspension lowers the value of farmland whilst there is no incentive to be productive.

Free Markets are Competitive environments which seek to find solutions to society’s challenges and thereby learning new knowledge and expanding the world around them, whereas Socialism are Co-Operative environments which do not seek to solve any problems but rather bind together and stagnate on their acquired knowledge, they do not want to know more instead everyone has their place and its a mere reshuffle of position that is the incentive for growth, most accept that they will not go into a higher position and again they stagnate.

“Tax incentives often undermine the principles of a good tax system, which should be simple, efficient, equitable and easy to administer.”

It is interesting how Treasury only focuses on these principles, particularly the “equitable” part when it suits their agenda to increase taxation. For example, is it equitable to reduce the interest deduction on inter-company loans, when the interest rate is market related? Is it equitable that only 80% of an assessed loss incurred by a company can be utilised, which will result in a real economic loss to many companies, as per the tax proposals? Is it equitable that the claim for doubtful debts is restricted to a percentage of doubtful debts when, based on historical performance, it can be shown that the provision for accounting purposes under IFRS 9 represents a realistic expectation of loss and therefore represents amounts the company will never recover, which in turn results in what is effectively an interest free loan to the fiscus? Is the inflation gains tax, a.k.a. known as capital gains tax equitable when it does not properly account for the effects of inflation? There are so many provisions in the Income Tax Act that are not equitable because they result in the taxation of amounts which do not represent real economic profits. Then there is the tax administration act which is also very inequitable in its granting SARS’s rights and watering down the rights of taxpayers to fair treatment.

“Treasury will review current travel and home office allowances ….”
I was wondering when SARS would scrap this incentive after realizing that a lot of people will now claim a deduction working from home.

Seems to me that in an effort to make tax “simpler”, only the tax payer (that 5,8% that pays 90% of the tax) is getting nailed.

Have a look at all taxes, particularly TV licenses. And RAF money pit, why not contract out chuncks of mandatory 3rd party liability. Would cost less than our current annual vehicle license and save our economic competitiveness as well as the poorest transit users.

It really makes sense to simplify the tax. That way we dont have to spend huge amounts on the wealth absorbers aka accountants and auditors and can submit our own taxes.

If one can trust SARS to do proper reviews then tax breaks that don’t serve their intended purpose should be retired. I agree on stopping the 12J side. It’s too complex and full of sharks. Let me simply deduct funds I spend on…..gee I see one may be able to call it R&D and start a new small business under that and write off the start up costs?

CHECK YOUR SARS ACCOUNT STATEMENTS FOR PERSONAL TAX
Early in December SARS disallowed a medical claim in my 2020 tax. I immediately lodged a dispute – I use e-filing.
On 28 Jan I paid both the original assessment and the extra i.r.o. the disputed amount: the payment due date on both ITA34s was 31 Jan 2021.
On 26 Feb the disputed amount was allowed but interest was deducted for late (what??? – I paid 3 days early) payment. I logged on to e-filing and pulled a statement of account going back to 2009.
On 1 Jan every year from from 2016 (note that the 2015 tax was the first time I didn’t get a refund) a debit has been processed for “Interest on Late Payment”. The relevant ITA34 assessments always gave the payment due date as 31 Jan.
This is obviously a computer glitch (could be fraud) as I always check my account balance and it shows zero, and the amount of interest due is never brought to my attention. However, I’m elderly and expect they’ll try and get the interest amounts from my estate!
SARS Randburg is phoning me on 15 March and we’ll see what happens.
>>> I’d like to know if anyone else can shed light on this.