The common reporting standard requires financial institutions to report on their foreign customer base, not just US customers.
By Amanda Visser 5 Jun 2017  00:15 The deadline for submissions of third party data by South African financial institutions to the South African Revenue Service (Sars) has come and gone (May 31).

The institutions, which include banks, long-term insurers and asset managers, had to exchange financial account information in terms of the common reporting standard for the first time this year.

The common reporting standard was developed by the Organisation for Economic Co-Operation and Development (OECD) and endorsed by the G20 finance ministers.

It is the global standard for the automatic exchange of financial account information aimed at greater tax transparency. It is supposed to assist tax authorities in addressing base erosion and profit shifting (mainly by multinational companies), and to fight tax evasion and improve tax compliance.

She says Sars indicated that it has committed to signing exchange of information agreements with revenue authorities of over 50 jurisdictions by September this year.

“As the network of exchange of information agreements widens, there would be an increased risk of exposure for companies and individuals who have aggressively structured transactions to shift profits or enter into transactions which lack substance,” says Casey, also an international tax director at Deloitte.

“Inevitably we believe this will encourage companies and executive management to change their behaviour around compliance in cross-border transactions,” she says.

Sars is already requesting additional information under the transfer pricing provisions. This was introduced in the course of last year.

The newly introduced common reporting standard (CRS) is broader than the existing reporting requirements in terms of the US’ Foreign Account Tax Compliance Act (FATCA).

“The common reporting standard requires financial institutions to report on their foreign customer base, not limited to US customers as was the case with FATCA.”

Casey adds that the reporting requirements for that customer base is, however, broadly similar to FATCA and going forward one combined file for FATCA and CRS is required to be submitted by financial institutions to Sars annually.

“Financial institutions must therefore be in a position and have the information and system capability to identify non-resident customers, and not just US customers in order to comply with CRS,” says Casey.

Marelize Loftie-Eaton, head of external tax reporting at FirstRand Bank, earlier noted that the major South African banks will report on at least 500 000 clients for FATCA and the CRS.

Loftie-Eaton says implementation challenges relating to the new reporting standard include the higher volumes of financial accounts that have to be reported.

“You have the complexity that not all countries issue a taxpayer identification number, and the bulk of the clients do not understand what tax residency mean.”

She adds that most of South Africa’s neighbours do not issue taxpayer identification numbers, despite the fact that many people banking in South Africa are actually tax resident in our neighbouring countries. “This has an impact on the migrant workers who have South African bank accounts.”

Banks already have to implement the “know your customer” process of a business identifying and verifying the identity of its clients. The FATCA and common reporting standard due diligence requirements are more detailed, especially for companies (entities), she says.

Sait CEO Keith Engel says that although the various tax and financial regulatory standards on banks and financial institutions are well intended, the compliance requirements are becoming massive.

“These companies are spending increasing amounts on electronic systems and personnel just to comply. Small differences in country rules – such as address and other identification validations create further problems.”

According to Loftie-Eaton, there are system and process changes that affect all channels in the bank – from front-line training to process changes. These are time consuming, resource intensive and costly.

“It is also not a once-off exercise as due diligence must be done whenever there is a change in a customer’s status or for opening all additional accounts,” she says.

Engel says these costs will ultimately result in higher financial fees for consumers – and that unfortunately for South Africa, the small size of the economy requires that our institutions be trend followers as opposed to trendsetters.

The price of a wealth tax in South Africa

First, commit to investigating and bringing to justice the zuma family and cronies first before you start another financial rape law for the ordinary citizen or the businesses that refuse to fund a Criminal enterprise know as the ANC 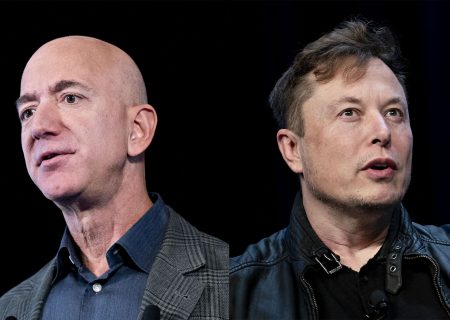