Offshore transaction: does the money have to come back to SA? 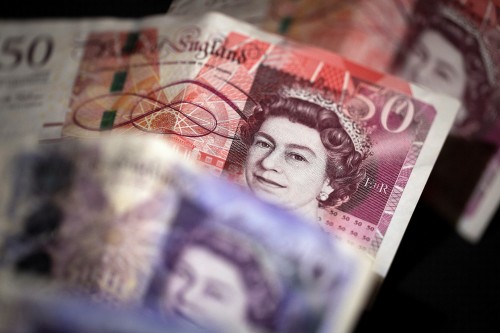 An offer in sterling for a local company brings its own complexity Picture: Bloomberg

I have an offer for my share of my business which has been made by my UK partner. The offer is in sterling and is split into two parts: a 50% down payment and the balance in 18 months.

As I will be using some of the initial 50% to purchase a yacht in Europe, do I have to bring the money back into SA or can this be placed directly into my offshore FNBCI account?

In order to address the reader’s question I have assumed the business is an SA resident company and the seller (shareholder) is an individual SA resident. I also assume the buyer is a non-SA resident.

If 50% of the payment for the shares is made now and 50% 18 months later, the UK partner can only acquire the part of the shares as and when he pays for them and the balance once he makes the remaining payment at that later date.

A cross-border transaction of such a nature will need to comply with certain requirements which need to be adhered to when a non-resident acquires shares in a resident company (by way of a transfer or a subscription for those shares).

There will be both exchange control and income tax considerations for both the resident and non-resident for this transaction. I will deal solely with the exchange control requirements, but it’s advisable to check the income tax implications as well.

A transaction such as this requires obtaining the correct endorsement, as the non-resident shareholder will not be entitled to repatriate any distributions of any kind or dividends declared by the resident company, or any sale proceeds from the disposal by the non-resident of its shares without it. If the endorsement is not properly attended to within 30 days of acquiring ownership of the shares, a condonation application will need to be made to the SA Reserve Bank in order to allow for such repatriation of funds to the non-resident shareholder.

Where a non-resident acquires securities (in this particular instance, shares) in a resident company, either by way of:

Approval is required for the release of the inward-flowing funds, in accordance with the regulations, when a non-resident purchases shares in a resident entity. Certain specific and additional documentary evidence will be required to be produced to an authorised dealer before the funds will be approved for release, as well as for purposes of facilitating identification of controlled shares (shares registered in the name of a non-resident).

Once the authorised dealer has received and assessed the required documentation and is satisfied with the findings, they will affix their stamp to the new share certificate, along with any endorsements determined by the Minister of Finance (this process is commonly referred to as ‘endorsing the share certificate as non-resident’).

This ensures the transaction is legal in terms of the SA exchange control regulations, for both buyer and seller, which must be done via an authorised dealer in SA.

An authorised dealer is any registered bank in SA which is obliged to report to the Reserve Bank, in terms of all exchange control regulations relating to all cross-border flows for resident and non-resident companies and individuals in and out of South Africa, and will be able to assist with the requirements to endorse such a transaction.

Therefore the purchase amount will have to be paid to SA in the respective foreign currency, which will be held in that foreign currency until approval has been granted by an authorised dealer in SA to release the funds. Once approval has been granted you would be able to apply to have these funds paid to your FNB Channel Islands account, subject to Reserve Bank requirements via the SA authorised dealer.

The answer is no!

why so quiet magnus heystek? with all ur doom and gloom talk u just lost your customers a lot of money

Hi Brian,pls clarify whether the inbound foreign funds have to be converted into SA Zar first by the resident, before it can be transferred out by him to his FNB offshore account?