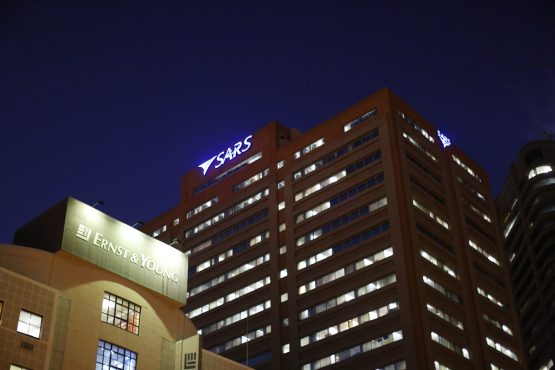 South Africa’s four large audit firms and tax and accounting industry institutes have made a joint submission to National Treasury, asking for a proper investigation into the impact of scrapping an existing income tax exemption on foreign income.

PwC, EY, KPMG and Deloitte, the South African Institute of Tax Professionals (Sait) and the Institute of Chartered Accountants (Saica), conclude that the intended scrapping of the tax exemption will increase the cost of employment, impact existing projects and affect the future competitiveness of South African labour.

Currently, South Africans working abroad for more than 183 days a year enjoy a tax exemption on the foreign employment income they earn, subject to certain conditions.

National Treasury announced in the February budget that the exemption “appears excessively generous” as the foreign income may benefit from double non-taxation.

Listen to the podcast: Treasury proposes the removal of the foreign-employment income exemption

Treasury has proposed that the exemption be adjusted so that foreign income will only be exempt from tax if it is subject to tax in the foreign country.

If not, South African income tax will apply to the foreign income.

This may place South Africans working abroad in a worse tax position as many countries’ personal income tax rates are lower than South Africa’s.

In the submission published on the Sait website, the contributors conclude that there will be an increased cost of employment for South African and international employers with South African tax resident employees working abroad.

Employers who offer their employees the opportunity to work abroad do so with the assurance that the employee will not be worse off in terms of their tax position.

If the income tax exemption is scrapped they will have to cover the tax cost to ensure the tax protection stays in place.

“Ultimately, it will be South African companies investing abroad that will suffer from this change. In addition, the individuals’ tax returns will become far more complex and costly to prepare, with amended returns for credit claims being required once foreign tax is paid in the host country.”

The submission concludes that there will be an increased administrative burden for employers to keep track of the tax affairs abroad and locally.

“It is evident that a cash flow problem will occur where tax is due and payable on a monthly basis in the foreign country as well as to the South African Revenue Service (Sars).”

The refunds from these tax credit claims can take years to be paid, as Sars often insists on auditing refunds and verifying bank details in person, leaving the taxpayer (and ultimately the employer) out of pocket in the interim.

“The incentive for South Africans to remain within the South African tax net will be counteracted by the high cost for the individual and the affiliated employer,” the group says.

The reason for this was because ceasing to be a South African tax resident (exiting) meant that they would be taxed by Sars on the deemed disposal of their assets at market value. This is the so-called exit charge.

Erika de Villiers, head of tax policy at Sait, says following the proposed scrapping of the tax exemption, many expatriates who work in no tax or low tax jurisdictions will be weighing up their options.

Younger people in middle management might be more likely to sever ties with South Africa, and take the pain of the once-off exit charge in favour of greater income savings in the future.

“We are in particular concerned about the likely effect on the status of South Africa measured against other countries such as Mauritius as the preferred platform for regional expansion, and the direction that foreign investment would take in future,” the audit firms warn.

De Villiers says they are now awaiting the Draft Taxation Laws Amendment Bill (DTLAB) to see how Treasury proposes to amend the legislation.

The bill is expected to be published for public comment within the next month.  The public consultation process will then start with opportunity for comment and to attend workshops convened by Treasury.

She says Sait as well as the other industry players will be making further submissions and presentations throughout the process.

Desperate measures by desperate regime. Anyone overseas must be stupid to come back to a country that gives you zero!

It is a brilliant idea SARS. Make them pay! There are South Africans working on oil rigs/ships for 183 days in a year and they do one 60 day stint outside of South Africa. Yet their families live in South Africa and utilise the infrastructure on a daily basis like all other South Africans do. But we have to carry the can for them and their families. Why should there be any distinction between me and Mr Oil Rig man? If he doesn’t want to live here he can emigrate, but if he is a South African resident for tax purposes, he can pay his share like everyone else – finish and klaar!

that’s a very simplistic way of thinking of things… these oil riggers so to speak send their money home, which is used by their families to purchase xyz, send their kids to school, pay for medical aid, invest in property, savings, pensions etc, this creates jobs and this in turn is tax generation for the sole benefit of the South African government coffers. If these same people left the country then ALL that money would be lost. In essence these riggers DO pay tax but not in the sense you speak of. These riggers sacrifice an awful lot and deserve the small benefits that have been bestowed upon them. There are many fund managers in South Africa who’s clients derive their income from offshore work. It is typical of a desperate government to be penny wise and pound foolish, this will most likely backfire when said workers emigrate with all their money, lost forever.

What makes you think that in respect of all other normal South African residents that it is not equally true that:”their money is used by their families to purchase xyz, send their kids to school, pay for medical aid, invest in property, savings, pensions etc, this creates jobs and this in turn is tax generation for the sole benefit of the South African government coffers”? Why should there be any distinction between Mr Oil Rig man whose family lives in SA and Mr SA Resident man whose family lives in SA? Anyhow, they are going to close this loophole and it doesn’t look like anybody is going to stop them. For once I agree with something which the ANC is doing.

While there is a bit of merit in the proposal it is incorrect simply because in SA each INDIVIDUAL is taxed separately.

If that individual hardly spends time in SA it is unethical for him/her to pay the maximum tax because they will not be using services for the full tax year. SARS should apply a simple discount or credit based upon the inverse of time spent offshore. Not difficult.

In any event taxpayers get so little for their taxes that the proposal has even less merit. We have to pay up for schooling, security, medical and infrastructure via tolls in more and more places. The amount of services (LOL) that we use is getting less and less. Basically we are paying for corruption and to keep people alive who will never be able to contribute to society.

That is why the proposal, while sounding “fare” is essentially junk.

I could not agree more with jnrb. Why should we look after their families here with our tax money and they enjoy the benefits of no tax contribution. Take your family with you and pay for all of their medical aid and education there. If you come back and want to enjoy the very bare minimum government facilities from our hard paying tax, then you also need to contribute or remain where you are.