Will mitigate worries, but employer cost, tax credit headaches could be significant.
By Inge Lamprecht 15 Sep 2017  00:05 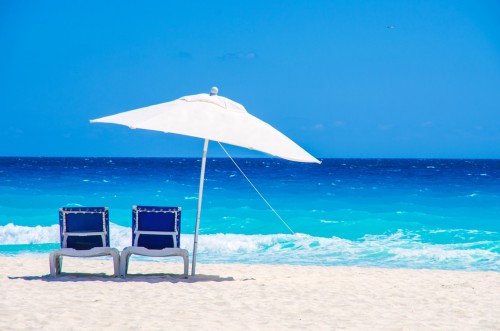 There are concerns that for South Africans working in tax havens abroad that a delay in claiming tax credits could effectively lead to double taxation. Picture: Shutterstock

Stakeholders have welcomed National Treasury’s relatively softer stance on expat tax, but there are concerns about the onerous process of claiming tax credits and the significant cost implications for some employers.

Treasury previously proposed that a South African tax resident working abroad for more than 183 days a year (of which 60 days were continuous) would in future be fully taxed in South Africa and would only be eligible for a tax credit to the extent that tax was paid offshore. This could have had significant tax implications for some South Africans working abroad, particularly those in low or no tax jurisdictions.

Treasury confirmed in Parliament on Thursday that the proposal would be changed to allow the first
R1 million of foreign remuneration to be exempt from tax in South Africa.

Patricia Williams, partner at Bowmans, says this is a very welcome change and will significantly mitigate the concerns of the thousands of individuals who have publicly expressed unhappiness about the tax proposal.

“Normal middle-income earners such as teachers, waiters and artisans working abroad should then normally be able to continue to live and work overseas without paying South African tax.”

An online survey conducted by Expatriate Petition Group participants suggests that at least 60% of South African respondents abroad will not be paying any taxes on their employment income. The results were shared with Treasury by the group’s tax technical advisors, Tax Consulting.

He warns however that the vast non-compliance by many South African expatriates abroad has been noted by Treasury and Sars.

“Many expatriates have left and not considered it necessary to submit tax returns in South Africa, submitted zero tax returns to Sars, some even indicated that they are unemployed to Sars, whilst actually earning employment income outside [the country].”

Botha says these individuals are at risk. Government has sent a clear message that they must get their affairs in order.

For corporates considering using South Africa as a gateway to Africa, the proposal will come at an increased cost, tax experts warn.

Tarryn Atkinson, head of employees’ tax and benefits at the FirstRand Group, says if an employer sends employees to a foreign country, and wants to ensure that these employees are not worse off, it will cost a lot more to do so in future.

“It also then creates almost a barrier for people wanting to invest in South Africa when they realise how high the employment costs are going to be should you be sending any of your employees outward from South Africa.”

Atkinson says South Africa has not had a large take-up of the headquarter company regime and the proposed amendments could deter interested parties.

The headquarter company regime was introduced in 2011 to lure multinationals hoping to invest in Africa to South Africa.

There are also concerns about the onerous tax credit system – currently already used by taxpayers on short-term assignments – and that a delay in claiming tax credits could effectively lead to double taxation.

Even where the relevant documentation is available, it currently takes up to two years to get the credits allowed, says Beatrie Gouws, associate director for global mobility services at KPMG.

Atkinson says the difficulty with the tax credit system is manifold. Offshore jurisdictions don’t necessarily have the same tax year as South Africa and taxpayers may not have a tax certificate from a revenue authority in a foreign country to prove that a certain amount of tax was paid.

“If it becomes too difficult to access the tax credit, you are going to end up with a lot of people that are ending up in a double tax situation just because they cannot access the credit by virtue of documentation or substantiation and that I believe is something that we need to try and avoid.”

There are also concerns that the R1 million threshold may be too low in many cases.

The implementation of the proposed amendment – previously scheduled for March 1 2019 – was postponed to March 1 2020.

Williams says the postponement is helpful because it gives taxpayers a chance to take proactive steps, such as to formally emigrate or change their tax residence status, which in relation to countries with a double tax treaty in South Africa is sometimes as simple as giving up their permanent home in South Africa in exchange for a permanent home in the other country.

Shohana Mohan, head of individual and expatriate tax at BDO, says tax residents considering exiting South Africa should look at the facts of their particular circumstances before they take any decisions.

Expat tax could be ‘final straw’

Can I also have a 1M exemption? If (the shrinking pool) of tax payers did not fund the social grants the SA family homes of the offshore workers would be overrun in the resulting anarchy. We all know people who arrange their holidays overseas to”get their 60 days continuous ” They are gaming the system and the existing tax payers have to take up the slack.

Your mates who do the 60 days continuous are taking a big chance – they also need to be away for a total of 183 days…..

Treasury confirmed in Parliament on Thursday that the proposal would be changed to allow the first R1 million of foreign remuneration to be exempt from tax in South Africa.

So what if you don’t remit anything? Is there no tax to be paid?