The difficult position for taxpayers, and their financial advisors, is not having the benefit of hindsight.
By Jerry Botha 4 Dec 2017  14:39 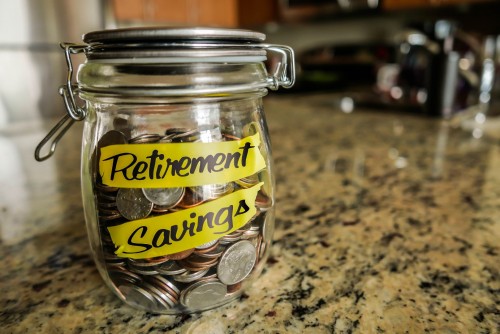 South African taxpayers now find themselves in unchartered territory with the Presidential Fiscal Committee (PFC). We all know tax increases are on its way, the question is which tax types and by how much. Although this will remain a closely kept secret, many will undoubtedly feel they should have planned better.

Taxpayers with pre-tax retirement savings may be vulnerable for two reasons.

2. National Treasury confirmed during the August 2017 Parliamentary sessions that the retirement tax reform, previously postponed, takes full effect on March 1, 2018. This means one thing – compulsory preservation on retirement funding not previously accrued. The policy direction is clear. The fiscus, arguably correct for those vulnerable to premature retirement withdrawal, does not want encashment of retirement savings. An increase in tax rate will be consistent with this policy direction, thus making the encashment decision expensive.

The difficult position for taxpayers, and their financial advisors, is not having the benefit of hindsight. While it would almost always be a bad idea to leave employment just to access retirement funding, the following options should be given careful thought:

• Preservation funds. This is previous employment retirement funding saved and not yet taxed. We have seen many South Africans withdrawing these funds and taking the tax hit. The money is then often invested offshore as part of diversification and giving currency hedge.

• Financial emigration. There are many South Africans abroad with retirement savings and investment locked-up in South Africa. The financial emigration process remains the sole formal Sars and Reserve Bank process to confirm non-residency status. Once formally emigrated, the expatriate may elect, but does not compel, the encashment of retirement annuity funds.

We have often seen the logic to rather suffer a tax now, than being vulnerable to future adjustments. Coupled with a possible future economic downgrade, the rand will probably not strengthen. These are uncertain times from a tax policy perspective and we only hope that the PFC makes good decisions for all South Africans.

Sadly our corrupt clowns know exactly who this affects most

You can only tax people who have money!

Taxation of the benefits (financial return) emanating from pension-, provident-, retirement annuity- or preservation funds, collectively known as retirement funds, need not cause alarm, cause a major taxation deficit or create a vulnerable situation for retirees.

It is in any case not a wise thing to withdraw any amount from retirement funds that will exceed the tax-free lumpsum limit and it should be avoided as far as possible, even though it is permissible to make such higher withdrawals under the one third lumpsum rule or in terms of current provident fund withdrawal rules.

It is financially in the interest of a retiree to transfer all balance retirement funds (that would be taxable if it is withdrawn) to a pension plan or pension annuity, be it an insured (or guaranteed) annuity or a so-called living (or self managed) annuity. Be doing so you effectively also transfer money that would have been deducted as taxation to your retirement pension plan, thus enjoying the benefit of a substantial higher amount being employed to your benefit to earn investment return and thus pension income.

Even though this pension income above the tax-free income level may be taxable according to the relevant taxation rates / brackets (which will probably increase as from 1 March 2018), it still affords you a taxation down payment opportunity instead of paying the taxes upfront and having less investment capital at work.

The pension plan (or annuity product) allows you the same investment discretion as would private (or discretionary) investments such as offshore investment exposure, choice of investment funds, etc. The only real or possible limitation of such pension plan is that the minimum and maximum income withdrawal rate (or pension amount) is prescribed as a percentage in relation to the balance of the investment capital employed in such pension plan. The prescribed rates are however very graciously acceptable on the high and low end thereof and in most cases it doesn’t cause a real limitation. Withdrawing anywhere close to the high end of this prescribed rates would in any case be damaging to your long term pension provision and would delve into your pension (investment) capital causing the risk of running out of money at old age.

Changes to current taxation need not effect your pension too much if the smart approach is taken instead of the popular approach.

And an EXCELLENT contribution in my opinion. It’s EXACTLY the same advice I give to anyone willing to listen 🙂

This is not anything new. We (the taxpayers of the country) were informed of this months ago.

The author is trying very hard to create a story here. Just to firm up on some facts, the tax laws relating to the compulsory annuitisation of provident funds has been pushed out to the earliest 1 March 2019. It won’t affect those who are over 55 by then. It will only affect contributions made after that date. And only if the fund balance is more than R247,500.

Possibly, this law won’t come in at all, because the unions don’t want it and compulsory annuitisation is, in the real world, a non-issue, easily avoided by those who want to.

From a long-term policy perspective, Treasury may not want people to cash out, however from a short-term revenue perspective, it needs the tax revenues on lump sums.

The lump sum tax rates have not kept pace with inflation for many years now. There is already a massive punitive element in that. Penalising them further by now increasing the tax rate on lump sums means that people are potentially deducting their savings contributions at a much lower than the tax rate that applied to their lump sum benefit. This creates a major savings disincentive and puts a big question mark over the integrity and reliability of our law.

The withdrawal tax tables would also have to be adjusted upward. This would particularly hurt GEPF members, who resign with some of the highest benefits around. Point is, hiking the withdrawal and retirement tax rates would be a terrible move politically. It seems remote in the current climate, especially in the run up to the elections.