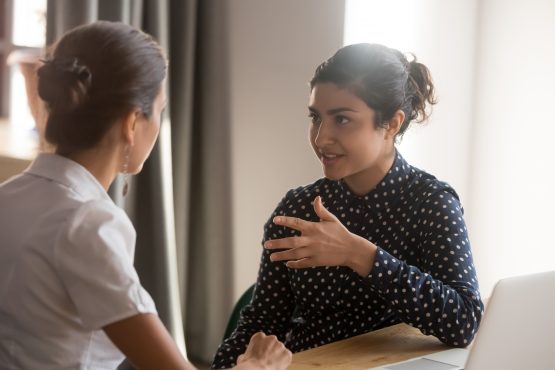 One criticism is that Sars only aims to ‘partially comply’ with timelines legally imposed on it. Image: Shutterstock

The revised Sars Service Charter has been met with praise and criticism. It has been described as a far more detailed document that demonstrates the level of improvement at the South African Revenue Service (Sars).

However, its commitments in dealing with disputes in terms of the Tax Administration Act (TAA) are concerning, since the commitments are at a far lower standard than those set out in the act and the dispute resolution rules.

Sars is by law compelled to adhere to the specified timelines. However, in the service charter it envisages between 50% and 90% compliance with the different dispute rules.

Somaya Khaki, project director of tax at Saica, says Sars aims to only “partially comply” with timelines legally imposed on it.

“This is an unfortunate approach as [it] could be likened to taxpayers only partially complying with their legal obligations, something the Sars Commissioner would not overlook or accept,” she adds.

“It is Saica’s view that Sars should be holding itself to the same high compliance standards that it holds taxpayers to and therefore nothing less than 100% compliance is what the expected service level should be.”

She says the timelines in respect of requests for reasons as well as objections and appeals of assessments which Sars and taxpayers must comply with are quite specific. They are not voluntary or “best-effort” but are compelled by law.

Both Sait and Saica note that the dispute rules provide remedies to taxpayers in the event of Sars’s non-compliance. However, enforcement of taxpayer rights comes at a price that is unattainable for most. It should not be necessary if there is a fair, effective and efficient Sars that upholds and subjects itself to the law, says Khaki.

Mmangaliso Nzimande, tax executive at ENSafrica and member of the Sait tax dispute management workgroup, says the taxpayer’s rights are already contained in the act.

“The rules in the TAA deal with the remedies when Sars fails to comply with the time periods as prescribed by the act and the dispute rules,” he says.

“I would have expected some kind of link to the rules and remedies under the act that will direct taxpayers on what action to take when Sars does not honour the rules.”

Nzimande says in terms of the TAA one of the remedies when Sars does not adhere to the objection and appeal timelines is to apply for a default judgment. However, this means the taxpayer has to go to court which, as Khaki has pointed out, is unattainable for most taxpayers.

Despite misgivings about Section 10 (disputes) Nzimande’s overall view of the charter is that it is an improvement on the 2018 version. It is much more detailed and demonstrates improvement in Sars’s systems. The new charter also incorporates more detailed digital functionalities and virtual engagements with Sars.

An aspect of the previous charter that raised taxpayers’ hackles was the fact that Sars only “endeavoured” to achieve the set service level standards. In this version it says it “will” achieve the set levels.

An important issue that has not been dealt with before is the Voluntary Disclosure Programme (VDP).

The TAA does not prescribe time periods within which Sars has to finalise VDP applications, but Sars has now committed itself to processing eight out of 10 applications within 90 business days.

“That offers taxpayers much-needed certainty,” says Nzimande. “It also makes it easier for us to advise our clients. Previously there was no way of telling a client how long it could take as some applications took two months, while others took six months or in some instances longer than a year. This is a much-needed improvement.”

An aspect of the previous charter that raised taxpayers’ hackles was the fact that Sars only “endeavoured” to achieve the set service level standards. In this version it says it “will” achieve the set levels.

“This is also a major improvement and it shows a confidence in their systems and in their capacity as well. I guess the proof of the pudding will be in the eating,” says Nzimande.

He adds that it will be interesting to see whether Sars will be monitoring its ability to meet the commitments set out in the service charter.

Saica commended Sars for not being blind to its own service delivery challenges and its efforts to improve through accountability.

“Saica fully supports the rebuilding of Sars, which includes developing a high-performing, diverse, agile, engaged, and evolved workforce as well as building public trust and confidence in the tax administration system,” Khaki says.