OECD’s two-pillar approach is arguably the most aggressive tax reform proposal in a hundred years.
By Barbara Curson 14 Jan 2021  00:01 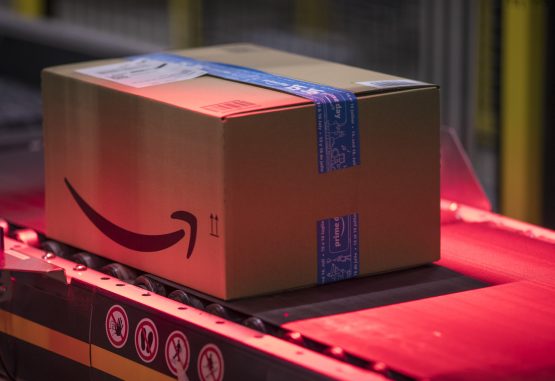 The tech giants in particular pay very little tax on their hugely profitable global operations – or the data that users freely give away. Image: Jason Alden, Bloomberg

How can large multinationals – including Amazon, Google and a host of others – get away with paying very little tax on their immensely profitable global operations?

It’s a niggling conundrum that has so far taken up over seven years of tax research and consultation, and sparked much debate and argument between tax authorities at the various Organisation for Economic Co-operation and Development (OECD) platforms.

With the digital giants in mind, tax authorities have also been debating how to tax the data that consumers freely part with in order to obtain some services for free, as when downloading a ‘free’ app.

For irritation value, a tax authority may view this as a ‘barter transaction’. Technically, it is a barter transaction – and the authorities haven’t been able to come up with a method of taxing the personal data exchanged.

Besides, does that five-year-old who is downloading an app onto a cellphone care that some faceless offshore organisation is now going to track their likes and dislikes? The parents should care, but that is a different matter. And good luck to any tax authority that tries to tax the personal data exchanged in this manner.

Erosion of the tax base

Trying to solve the problem of allocating tax revenues derived by the digital economy to the various jurisdictions that have been watching their fiscal bases erode was given heightened attention in 2013, when it became part of the base erosion and profit shifting (Beps) project co-ordinated by the OECD (with the blessing of the G20).

It was soon agreed that the digital economy is the whole economy, in that it doesn’t only comprise digital tech companies.

For example, a South African company leases a forklift truck from an overseas supplier, which requires specialist servicing from an offshore provider, which results in servicing fees paid offshore (most likely to a company in a low-tax jurisdiction). The software licence fees on the software downloaded by the truck’s onboard computer are also payable to a low-taxed offshore company.

South Africa was one of the first countries to reach consensus on charging value-added tax (Vat) on imported services from a foreign supplier. This is a ‘better than nothing’ tax.

But Vat is payable by the consumer, which still leaves the offshore profits of the tech giants and other companies selling services untouched.

Debates have raged (tax authorities get emotional) around how to change the tax rules in order to tax a share of those offshore profits that are made in the jurisdiction of the consumer.

The overlooked item is advertising.

Tax authorities seem to have no idea how large the offshore advertising giants are, or how complex their tax structures are.

The Beps Project has now morphed into the Inclusive Framework, and the OECD has expanded its outreach with many more countries joining the discussion table.

The Inclusive Framework recently came out with a unique solution, Pillar One and Pillar Two. This is possibly the most aggressive tax reform proposal in a hundred years.

However, there are convergent views on many of the key policy features. And some key technical, administrative and policy issues are still unresolved.

Because this is a global discussion, it is hampered by competing political agendas, with mainly US technical giants being the innovators and owners of valuable intellectual property, and the rest of the world being the consumers. Now that the democrats have been elected in the US, there may be a greater spirit of cooperation.

Read: Biden will need to talk tech and tax

How do the tech giants minimise their tax?

It is more convenient to agonise over Amazon and Google, and not a massive forklift truck manufacturer and service provider. Therefore, most discussions seem to focus on those companies paying very little tax on the profits made in the rest of the world.

The general view is that there must be some allocation of the tech giants’ profits to the rest of the world. But how? And on what basis?

The elephant in the room is that these tech giants make use of similar tax avoidance structures, such as the Double Irish with a Dutch Sandwich. These structures are completely legal, and make use of two regimes, the US ‘tick-the-box’ regime, and an Irish regime that allowed a company to be incorporated in Ireland, while not being tax-resident in the country.

Ireland changed its corporate residence rules with effect from December 31, 2020, allowing companies with established structures to use the old system until then.

The US ‘tick-the-box’ regime, which allows a US holding company to decide whether it wants its offshore subsidiary to be treated as a partnership or a company, is well entrenched. This regime has given birth to many tax schemes around the world.

The European Union (EU) has taken a stand against these structures, and is also challenging the ‘sweetheart deals’ granted to these companies. However, the EU court recently overruled an EU order that Apple should repay its tax benefit to Ireland, amounting to €14.3 billion. The court found that Apple had no illegal tax advantage in Ireland.

Pillar One attempts to allocate the profits made by the owner of the ‘production’ of the product to the consumer-facing businesses.

Pillar Two attempts to solve the problem of tax avoidance and evasion by introducing a minimum tax. A source country (the country making use of the intellectual property on which a royalty is paid) would expect that royalty to be taxed. If the royalty is paid to a tax haven, it is not taxed. In that case, there will be a withholding tax.

The OECD issued a request for public input, and received over 3 500 pages from more than 200 contributors.

A public consultation meeting is to be held on January 14 and 15, and will focus on the key issues raised.

It will be held via the Zoom platform and streamed live on OECD TV. There is a separate link for each day on the event web page).

Curson represented the South African Revenue Service (Sars) at five Beps focus groups at the OECD between 2013 and 2016, including the taxation of the digital economy.

When the corporate, like tech, who don’t pay tax, tell the elected heads of sovereign nations what to do and then summarily get bumped off platforms then there is no other choice left but to implement more regulations and contol.

No one lives (eats and breathes) in the internet but the tech giants have stolen a lot of potential employment and tax.

I get taking a much closer look at intercompany transfer pricing : perhaps make fair accurate and reasonable pricing a certification by the CFO and Board, punishable by jail without the option of a corporate fine… nothing fancy, just certify for us that the value reflected amounts to what your company could get from say a competitor or unrelated third party.

Companies are getting away with murder with the various intellectual property fees, management fees, royalties and commissions paid to postboxes in tax havens.

What is patent nonsense is taxing the manufacturer profit in the place of consumption. What, so the profits a chinese toy maker makes is now going to be allocated and (income) taxed where the toys were sold? Madness

Firstly, tax contributions are not charitable donations. Taxation is supposed to be a transaction. The taxpayer buys services like protection of life and property and shared resources like roads and dams. When the taxpayer does not receive the services in exchange for his taxes, then he has been robbed by the state.

The state cannot unilaterally decide to use its monopoly on violence to force taxpayers to fund socialist redistributive vote-buying projects. This is not taxation, this is extortion, although it is legalised extortion.

Secondly, governments force their tax base to go offshore when the tax rate is too high. If governments lived within their means and provided cost-effective services in return for the tax contribution, they would not need the OECD to support their modern crusades of plunder.

On the most basic level, a tax is a punishment for doing business. A higher tax rate disincentivises entrepreneurs and leads to a shrinking economy. Apart from the normal taxes that go to SARS, we have the debilitating taxes like BEE, the Mining Charter, the redistributive municipal rates and taxes and cadre-deployment. The combination of all these taxes creates the highest unemployment rate in the world.

There is a fine line between fair taxation and legalised plunder.

If governments levied fair taxes by not taxing everyone to death and used them appropriately, by not stealing it for their own benefit, it won’t be necessary to structure such that you pay minimum tax. That goes for corporates as well as individuals.

Governments and Tax Agencies should learn from this.

There are significantly simpler solutions. Get rid of corporate tax on a global level and only use Sales Tax (GST/VAT) and personal tax. Big corporates have access to the skills and resources to avoid tax where individuals don’t. Tax should be consumption based, not manufacturing based. How much manufacturing for SA consumed products were off-shored because it allows the manufacturer to move profits off-shore, entirely legitimately? If more people are employed in a country, more personal tax and more sales tax is generated. Easy to administer, and no incentives for corporates to partake in shenanigans.

Taxation is a system of inflicting a financial penalty on the flow of money. Because there is mostly some benefit to one of the partners in the transaction, inflict the tax on that beneficiary or participant.

Eliminate VAT and institute a transaction tax on the movement of money at a well-considered percentage. No income tax, no company tax just a simple tax monitored and drawn from bank account transactions.