The country has transparency initiatives, however there is no accountability.
By Amanda Visser 27 Dec 2017  00:06 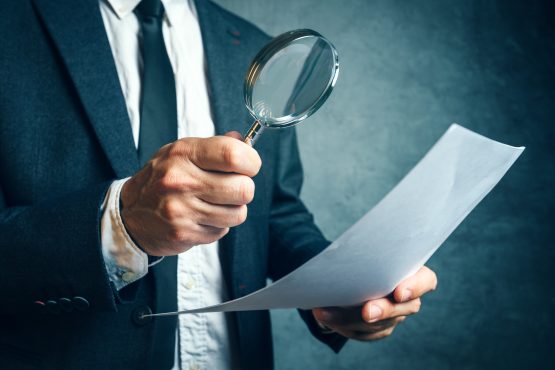 Tax non-compliance and the level of corruption in South Africa has again focused the attention on lifestyle audits for all officials responsible for high-level decision making in government.

The new Zimbabwean government announced that all public office holders, including cabinet ministers, will be subject to lifestyle audits in future to determine whether their income is aligned with their expenditure.

The South African Revenue Service (Sars) is scandal-hit by the allegations against one of its most senior officials, Jonas Makwakwa. Media reports indicated that Makwakwa’s expenditure far exceeds his income at the revenue agency.

Makwakwa was suspended following pressure on Sars commissioner Tom Moyane after allegations by the Financial Intelligence Centre of money laundering and suspicious financial transactions in his private bank accounts.

He was reinstated, despite continued investigations into allegations of contraventions of anti-corruption and tax laws.

Kris Dobie, manager of organisational ethics development at the Ethics Institute, says in a low trust environment such as the one in South Africa, the concept of lifestyle audits become more attractive. It adds another layer of transparency.

South Africa does not have a lack of transparency initiatives, however there is no accountability. President Jacob Zuma reportedly lashed out against the introduction of lifestyle audits for ANC officials following calls by his deputy, Cyril Ramaphosa, and former ANC secretary-general Gwede Mantashe in this regard.

Dobie says the question is who will be entrusted with the task of doing the lifestyle audits, and if it is done across the board whether there is sufficient capacity for it.

“Transparency is one part of the solution. The question is once the lifestyle audit is done, what happens with that information.”

Another issue that has been raised in recent times is the provision in the Tax Administration Act (TAA), which ensures that a taxpayer’s affairs are confidential and cannot be disclosed by Sars, even if it is in the public interest.

The Davis Tax Committee recommended that the right to privacy and confidentiality remains in its proposed Taxpayer Bill of Rights.

Patricia Williams, chair of the Tax Administration work group at the South African Institute of Tax Professionals, expresses concerns about the existing rights to confidentiality.

“These taxpayer secrecy rules keep on being used as a basis to prevent transparency and accountability, in relation to issues of concern within the media,” says Williams, also partner at Johannesburg law firm Bowmans.

“My view is that the taxpayer secrecy rules should not apply in relation to politicians, and that Sars should be entitled to publicly confirm what tax approach has been applied in relation to issues of public concern.”

She refers to the Tegeta withdrawal from environmental trust funds. Tegeta Exploration and Resources – linked to the Gupta empire – was fingered in the State of Capture report by former Public Protector Thuli Madonsela after withdrawals from two rehabilitation funds established by Glencore’s Optimum Coal Mine.

Companies enjoy the benefit of a tax deduction from their taxable income when they make cash contributions to these funds. Any interest earned on the cash in the trust is also tax free.

Treasury introduced a penalty regime in order to ensure that the tax benefit is used for its intended purpose.

Williams also referred to the tax affairs of President Jacob Zuma and whether Sars is adopting the same approach to taxing Zuma as it did in assessing and taxing Julius Malema, leader of the EFF.

“Instead, Sars is able to hide behind taxpayer confidentiality, and seemingly fail to take legal action which it should be obliged to take.”

Dobie says for a democracy to work well politicians need to be accountable to the people. One may ask whether “blanket confidentiality” in all instances is desirable.

He says if there are concerns about the tax affairs of high ranking officials or politicians, and even the president, the same level of transparency should apply as with public disclosures or lifestyle audits.

A fat lot of good those Lifestyle audits did for Zimbabwe.

These audits would probably only work for the MDC in Zimbabwe when Dictator Mugabe and Grace were in charge.

Ali Baba and the ANC thieves would never agree to this. After all, why would you enter politics if not for the fringe benefits?

If it were implemented in South Africa, it would only apply non ANC members.