Sars and the never ending cycle of inappropriate verifications

Taxpayer complaints of this nature are now classified as systemic.
By Amanda Visser 4 May 2022  00:03 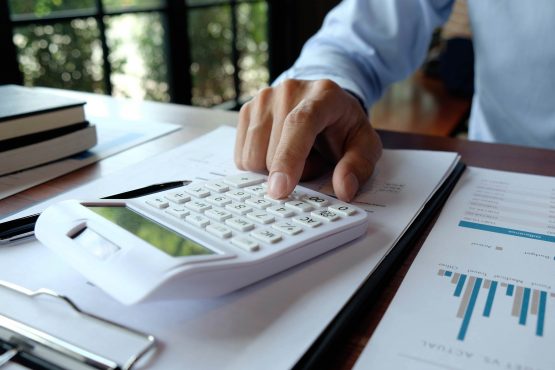 It was noticed during the tax ombud’s monitoring process that verification cases were created after Sars had finalised disputes in taxpayers’ favour. Image: Shutterstock

The Office of the Tax Ombud recently identified repeated verifications of the same tax risk by the South African Revenue Service (Sars) as a systemic issue. These inappropriate verifications were discovered during an analysis to determine the root causes behind delays in the payment of refunds.

Taxpayers who find themselves frustrated by being subjected to a verification process again and again can now go straight to the ombud to deal with the matter.

In the test case investigated by the ombud the taxpayer’s assessment was selected for a verification at the end of June 2021 and the matter was only resolved in March 2022 after numerous verifications, objections and adjusted assessments.

“It [the case] is so unreal that you wonder whether it was deliberate on the part of anyone,” says Thabo Legwaila, CEO of Office of the Tax Ombud.

“Was it deliberate on the part of Sars? I do not know.

“You do not want to think that it is deliberate, because if so it is a total travesty of justice for our taxpayers and our tax system in its totality. It is sabotage.”

Legwaila says during their monitoring process they noticed that verification cases were created after Sars had finalised disputes in taxpayers’ favour and revised the assessments accordingly.

When Sars reduces an assessment it should be safe to assume that it has had the opportunity to look at all the documents relating to the particular matter.

It should be common cause that the matter has been ventilated and there has been a determination in the form of a reduced assessment.

Legwaila says he finds it “shocking” that one official looks at the merits of the matter and decides that the assessment has to be reduced, only to have someone else come along and start afresh.

“That is why I am frustrated and worried that somebody might just be deliberately acting in a way that disadvantages taxpayers,” Legwaila says.

When the first verification was finalised in July 2021 Sars issued an additional assessment saying that the taxpayer did not submit bank statements or payslips during the verification. The taxpayer objected – disputing the disallowance of the pay-as-you-earn (PAYE) credit – and submitted the required documentation.

Sars allowed the objection and issued a reduced assessment (allowing the credit) but the very next day selected the taxpayer again for verification. Almost six months later Sars again disallowed the credit and said no bank statements were provided.

Once again the taxpayer objected, Sars allowed the objection, and in February 2022 a reduced assessment was again issued.

But, lo and behold, the same assessment that was issued on February 23 was selected for verification on February 24. Then on March 23 the verification was finalised with no adjustments. The refund of R11 985 was only paid on 26 March.

Read: Sars, you, and those auto-assessments

In its recommendation the ombud requested that Sars remedy the problem.

Sars needs to see in how many instances it verifies the same risk and flags assessments that have already been verified.

“If there is more than a handful, Sars needs to introduce checks and balances to prevent this from happening,” says Legwaila.

“If they are doing the same thing over and over again in terms of the same tax return, the same tax type and the same information, that is just crazy. It is unacceptable.”

Legwaila says there are numerous cases similar to the ombud’s test case. That is why the ombud’s office has classified it as systemic. A systemic issue is a matter that can be regarded as the underlying cause of a complaint that affects many taxpayers in the tax system.

Beatrie Gouws, head of stakeholder management and strategic development at the South African Institute of Taxation, confirms that it has been receiving queries from its members along the same lines. These queries have been sent to regional Sars offices individually, where they have been resolved satisfactorily in the end.

Legwaila says Sars should be correcting its systems to put an end to complaints of a similar nature.

If it does not implement the recommendations or partly implement it, the ombud’s office will raise the issue in parliament and with the minister of finance.

When a complaint has been identified as being systemic in nature taxpayers who find themselves in similar situations can take their compliant directly to the ombud’s office without having to follow the normal complaint process.

Sars has not responded to a request for comment on whether the recommendations have been implemented.

In its 2020/21 Annual Report the Office of the Tax Ombud identified 10 systemic and emerging issues.

With SARS you’re buggered if you do and you’re buggered if you don’t!
SARS like any business likes to hold onto a credit cash flow for as long as possible…after all, it is a business! Nothing will change and the unlucky chosen taxpayer will continue to be marginalized. Sadly we have to stop hoping we get value for our taxes…never going to happen! Taxpayers are at the forefront of RET whether we like it or not!

This article deals with actual tax refunds – what about the most abusive side of SARS heavy handed tactics. The never ending cycle of paying VAT and then claiming said VAT back. Heaven help you if you are late – however, expecting said cash back in a normal cycle (which is ever more critical in these times) is turning out to be impossible, sometimes progressing through multiple cycles and accumulating all the time.

It would not be the first time that a good sound and solvent business has gone under, due to delayed multiple VAT refunds. In my experience banks automatically exclude proven VAT refunds outstanding from any debtors book cover one might have – as they know there is no guarantee these outstandings will be paid timeously.

Let us not even go down the path of the anonymous phone calls – made to “desperate” medium size enterprises, whereby someone will as a “goodwill gesture” offer to expedite your payment/ refund (ie do their job or influence others to do theirs)… a favourite of syndicates the world over – create the problem, then naturally provide the solution… for a fee

This abusive, unjust and exploitative behaviour by SARS supports the suggestion that all taxpayers have a moral obligation to minimise the tax that they pay. I would go so far as to argue that one should limit one’s taxable income to the point of personal deprivation. The tyrannical monster must be suffocated, lest we all perish.