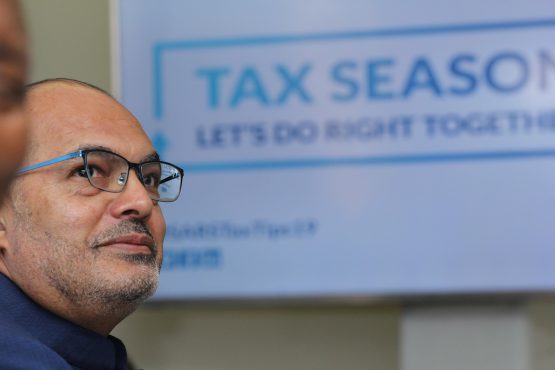 The ‘eFiling’ deadline for provisional taxpayers has been extended from January 29 to February 15, the South African Revenue Service (Sars) announced on Thursday.

It comes as goodwill gesture, with Sars noting “with deep concern” the unprecedented health challenges presented by the Covid-19 pandemic, which have resulted in loss of lives, livelihoods and other pressures on South Africans.

Commenting on the move, Sars Commissioner Edward Kieswetter said: “The decision to extend the filing season was taken with due consideration of the traumatic effects being experienced by taxpayers who have lost loved ones, as well as businesses who have lost staff, during the devastating second wave of Covid-19.”

He urged taxpayers who received auto-assessment notices last year but who have not yet accepted the auto-assessments or edited and filed a return in response to the notice, to make use of the extension.

The commissioner called on all taxpayers to comply with their legal obligations by February 15, 2021, noting that it is vital that all taxpayers remain compliant.

Kieswetter said failure to comply with their legal obligations will result in administrative penalties being levied.

“While Sars believes that most taxpayers and traders comply voluntarily and want to do the right thing, we also have measures we can use to enforce compliance. However, such enforcement always remains a last resort,” he added.

Kieswetter stressed that Sars has a legislative mandate to collect revenue due and to ensure compliance across all segments of taxpayers, as well as traders in the customs arena.

In its statement on the more than two-week extension to filling season, Sars encouraged taxpayers to use eFiling or the Sars MobiApp.

This is in line with previous communication on steps taken to prevent the spread of Covid-19 and protect both the taxpayers and Sars staff.

Great : I just finished mine and the family’s filings this morning. As always happens year in and year out, automatic request for supporting documents. Do they even have a real person look at the 40 documents? i have taken to preparing the query in any event before I file – respond to request in 10 minutes 🙂 There has to be a better systemic way to select what to go look at! Irritating taxpayers that have 35 clean years of record must be a monumental waste of resource.

Agree….seems to be the default: to request further documentation especially if one is claiming HO expenses or Medical deductions. They dont trust taxpayers who have clean records!?? So much for using AI at SARS!?? Just scare tactics

However , SARS does trust our unethical, dishonest Politicians.

To date SARS has NOT brought Jacob and the Zuptas to book!

It would help already if they were specific – send supporting documents for your foreign capital gains. They just fire a blanket query : ALL documents. If you don’t bother with IT3’s that they anyway received : query.

What really irks me about SARS is that I went to their Randburg offices about 2 weeks ago to pay my tax assessment (I owe them additional tax) and submit my documentation. However because of this virus thingy they refused me entry to the premises and couldn’t tell me when they would open to the public again – not a very communicative crowd at all demanding absolutely

How many hours – funded by taxpayers’ hard-earned money – does Kieswetter spend every day posing for selfies? Every photo in every article seems to be a posed marketing opportunity. Or is he just the world’s most photogenic tax official?

Usually with a smarmy and arrogant smirk. Fun screwing the taxpayer.

Just remember that SARS is the strong arm “department” of the Gangster State. It probably hires Cape Gangsters to get results!

Sars is busy ”scraping the bottom of the barrel now”!

Come on Kieswetter, is it impossible for any government official in RSA to be honest and open? Repeat after me: “ We were caught with our pants down when Adobe Flash stopped working, because we are unable to plan and reading with comprehension is not a strong suit with us. We have compounded this stupidity by closing all physical offices. We need more time to fix this monumental stuff-up.”

Not getting anything extra from me in 2021.

I sold my rental property after the Zuma tenure.

I will stop working if Mr.Zuma ever comes back to government!