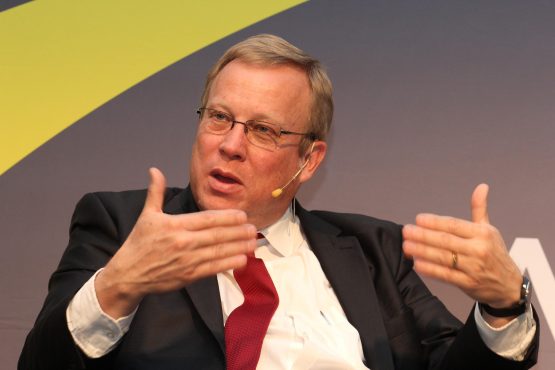 The South African Revenue Service (Sars) may not be able to collect about 40% of its outstanding debt book, which has ballooned from around R85 billion in 2015 to R143 billion.

Fabian Murray, acting chief officer for business and individual tax at Sars, told delegates at the Tax Indaba that it was “questionable” whether Sars would be able to collect this portion of the debt, which relates largely to disputes or debt that has been outstanding for more than four years.

“The other 60% is where the focus really is, to make sure that we are able to achieve that.”

Sars has been on a drive to restore its credibility and its relationship with taxpayers. It recently announced that it will revive the large business centre and ramp up its enforcement efforts with regards to the illicit economy, but Acting Commissioner Mark Kingon admits that effective collection of tax debts is a challenge.

Murray says that since debt accumulates interest on a daily basis, Sars has to be more proactive. It has to have an accurate register on hand so that it can cross-reference those taxpayers who no longer trade and temporarily suspend that debt to stop the accumulation of interest (which also causes the debt book to grow). As soon as the taxpayer becomes active again, the debt can be reinstated.

Mogola Mokola, chief officer for enforcement, doesn’t believe there is necessarily anything wrong with a debt book growing, as it indicates that Sars is making an impact on compliance. “The challenge is actually collecting on that debt.”

Sars recently took flak from the public after it outsourced a part of its debt collection effort.

“In the eyes of the public it does create the impression that there is easy money to be made – we should be collecting that, but unfortunately it hasn’t worked out that way.”

Mokola says Sars is focusing on the newer debt, but it will have to clean out the backlog. “There will come a time when the entire country will have to make the tough call of deciding what to do with the old debt because it can’t just be sitting there and [remain uncollected].”

Mokola says if Sars had been able to collect this debt it would have fixed some of its problems. “We haven’t been able to do that and I don’t think we will.”

While old and disputed debt poses challenges for Sars, there are also several businesses in business rescue and people who are hiding their assets, according to Kingon. “We need to get shrewder in terms of our debt collection methodologies.”

Kingon adds that Sars is appointing banks as third-parties to help with debt collection.

Another challenge is syndicates who defraud Sars, but as the law requires Sars to follow procedure and investigate in a certain manner, the money has often gone missing by the time Sars has been alerted to the problem. Even in those cases where the taxpayer can be located, the debt is often not backed up by assets that can easily be seized and liquidated, according to Mokola.

The increased debt book is also an indication of the strain taxpayers are experiencing, says Murray. There has been a clear trend of increases in payment arrangements. “We are also noticing that there are a number of frivolous disputes.” As soon as an assessment is disputed, the taxpayer applies for a suspension of payment.

Debt not the only challenge

Sars is also facing a significant challenge in trying to collect R1.345 trillion in tax revenue in the 2018/19 year. This after the economy fell into a technical recession during the second quarter and as the Nugent Commission of Inquiry concludes its probe into tax administration and governance. The Commission has heard devastating evidence of how Sars’s operations and enforcement efforts became fragmented after the implementation of a new operating model under the now suspended commissioner Tom Moyane and how taxpayer morality suffered.

New Mercedes cars,colossal salaries,bailing out SOEs that have been plundered, ffire pools, endless commissions, overseas trips for ministers families. …These things are expensive. So dumb sa taxpayer keep paying for nothing. And pay for your own medical security and education. What does the sa taxpayer receive for taxes paid? Nothing !

What about the Dollars and very big apartments in Dubai paid for with Tax payer money?

AND the taxpayers vote for MORE of this but complain how hard life is getting.

How is Jakob Zuma doing? Is he paying his outstanding tax on a monthly basis or now and then?

I am going to be cynical and say that the “Honorable” Jacob is part of the 40% that is not collectable and will just be quietly swept out the door. They are all still scared of him.

He was the greatest financial genius of all time.

and apparently he has a sixteen bedroom mansion in Dubai?

Please do a lifestyle audit on this one 🙂

I for one will never ever be able to trust SARS again. I’ve been in the working sector for 39½ years and earns a paltry salary. However, during the Zuma era for the first time EVER I was audited. Only to be slapped with an additional tax to be paid – what was this additional tax you may ask – medical I was allowed to claim. The amount that was refunded to me 5 years earlier was ‘re-claimed’ by SARS. I was not the only victim to this assault by SARS. Seeing what this commission of enquiries are unearthing me thinks that SARS should re-fund me as my tax was obviously only used and abused to enrich those who’re already living the high life at my expense.

SA is getting Zuptageddoned and the effects of ANC corruption will take many years to undo.

And a lot of this debt is NOT owed to SARS. Forced to complete the return in a language other than my one I made a simple grammar mistake (rental (rente) instead of interest)when submitting my return late at night. SARS happily added R100000 to my income without any explanation, and even after pointing out and admitting to the grammar mistake SARS has not even had the decency of repying to an appeal lodged YEARS ago.

Write to the tax ombud

SARS just man up and go and tax the taxi industry which is all cash and doesn’t pay a cent of tax. Do lifestyle audits on those taxi barons and assess them with penalties and interest. You will easily get your R143 billion. Besides, you have squeezed the salary earner dry already at 45% in any case.

This means not all citizens are equal? some must pay tax and others don’t???

”Acting” Comissioner?… why is Mark Kingon not Commissioner but just Acting Commissioner Of SARS. Is this perhaps because he is white? I hope not.
In my opinion, the sooner South Africa gets rid of the racist BEE policies it currently employs, the sooner we can get back on our feet as a functioning democratic economy.

They will not abolish bee

At least SARS has conceded it has a credibility problem

They need to stop unwarranted delaying of refunds and be seen to be discipling staff (including programmers) who implement dirty tricks.

I know of a 40+ year old business just forced by SARS into business rescue after resurrecting a dispute over a 2011 Tax Invoice [input claim] for a major plant purchase – simply because the supplier’s staff member had made a single simple mistake by switching two numerals on the customer’s Vat Number on the tax invoice – say …87 instead of …78!!! That gave SARS the “opportunity” to disallow the input claim – so they went back to 2011 and added penalties and interest since then.
A whopping claim 7 years later which the business can’t pay – nor should it have to !!! That number is also lurking in the “debt book”.
What happened to TCF [Treating Customers Fairly] ???

Kingon needs to audit the veracity of the entire debt book before assuming the validity or indeed morality of the claims included!

If you go into one of the undermanned and mismanaged SARS offices of SARS in the W Cape and request to see a manager because of an obvious SARS admin error – which was eventually blamed by a SARS consultant on SARS ‘auditors’ – over a four-figure sum of money, beware of a small man with attitude.

If Mark Kingon thinks this is the way to improve the image of SARS, he obviously has no idea how bad it is and that his staff have not been listening to him.

He might also tell SARS auditors to communicate their findings directly via e-filing instead of through the postal system by snail mail.