Sars should be reminded of its constitutional duty

Instead of standing up for the taxpayer, its hardline stance is expunging our trust.
By Barbara Curson 23 Apr 2020  00:02 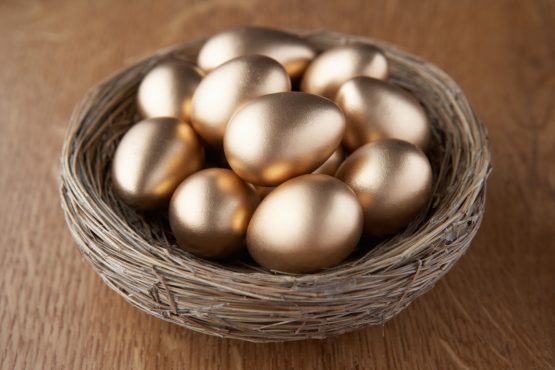 Challenging the ban on cigarette and alcohol sales would show Sars has a backbone – instead it is mutilating the golden goose, says the author. Image: Shutterstock

Sars’s customs division has published a ‘Dear external stakeholders’ notice on its website, coldly explaining that a full rebate of the customs duties as well as a value-added tax (Vat) exemption on certain critical supplies has already been granted (for which a permit has been issued).

The notice emphasises that the Draft Disaster Management Relief Bill and the Draft Disaster Management Relief Administration Bill do not provide for any extension of time relating to the period within which customs clearances must be made, nor the period within which duties due must be paid (at time of entry, or in terms of the current payment deferment arrangements?).

Sars’s action amounts to a blanket refusal. It is a waiver of its duties and obligations, and it is bluntly telling the taxpayer not to bother it with any hard luck stories, because the pre-ordained answer is ‘No’.

This also raises the question, has the commissioner applied his mind?

Can the commissioner apply his mind upfront, without knowing the particulars of the taxpayer under duress – and announce it in a notice?

Is it fair that the taxpayer has to pay customs duties and Vat on products that it cannot sell because the country is in lockdown?

As an administrative body, Sars should be acting fairly and reasonably. And in terms of Section 195 of the Constitution, it should be responding to the needs of the public.

Bowmans partner Patricia Williams is of the opinion that: “In the circumstances, a blanket refusal, implying that a taxpayer has no rights in this respect, is problematic.”

This means that Sars is indeed legally able to ‘assist’ taxpayers in the customs and excise space – and is choosing not to do so.

Williams was quite alarmed by an extract from a Sars email dated March 19: “The ramifications of Sars and South Africa not meeting its revenue targets has been widely reported in the media such as, potential junk status rating, that combined with the decreased economic outlook due to the Global Pandemic affecting our country will ultimately result in increased recessionary pressures. This demands each of us to contribute more than what we would prefer for the greater good of our country.”

The email was sent to a taxpayer, with the objective of encouraging the taxpayer to voluntarily pay a very considerable portion of a disputed tax debt, rather than apply for a full suspension in terms of the Tax Administration Act.

Williams is of the view that this extract could imply that Sars feels taxpayers should now be paying more because of the Covid-19 pandemic.

This is problematic within the actual business context, where companies are trying to preserve cash to keep their businesses afloat and minimise job losses.

The government-imposed lockdown has plunged the country into a serious financial crisis.

Many businesses are failing – and more will fail if they aren’t given any financial assistance.

If Sars had any backbone it would challenge the government on the economically damaging ban on the sale of cigarettes and alcohol. It would then be in a better position to offer payment terms to struggling businesses.

If SARS thinks we will contribute more than we prefer for the greater good of the country then they must think again. They are clutching at straws. I would much rather give to a church or some organisation with credibility than to the government with no credibility.

@ Chris Stoffel
You are absolutely correct to separate organisations into three groupings:
(1)churches, (2)organisations with credibility, (3)government.
The differences between 1 and 3 being that 3’s deceptions typically don’t stretch back quite that far and that 1 has luckily (in the Western hemisphere, in any event) lost the power over life and death.

Glad you keep ‘credible institutions’ separate from ‘the church’.

There is off course the possibility that some of you folks will, when you get your grant money, run straight for the bottle store, and not buy food. I know I will.

They do that in any case – lockdown or not. Problem is there are millions of SA’s who are not on grants and not allowed to buy alcohol or cigarettes – the draconian regulations of lockdown in SA are more like a punishment than a protection against a virus. Eg why can we not get all goods delivered online eg books, appliances, computers, cellphones, clothing – why are we less contaminated by food deliveries. Enlighten me: you can only buy baby clothes at Woolworths – can the poor really afford woolies prices? All baby clothes suppliers should be allowed to operate. Question are 58 deaths worth R500 billion bailouts and destruction of an economy. Other countries are questioning the wisdom of lockdown’s on the economies – life vs livelihood.

I guess if the booze is for medicinal purposes we can get tax relief on our booze expenditure in the ‘medical’ questionnaire for amount spent but not reimbursed by our medical aids?

At the end of the day the Government always takes more than they give. The reason for that is simple: because the Government lives way beyond its means trying to keep the electorate happy and of course, the rest gets stolen or wasted. The fact is only 3 million people pay 97% of the income tax in SA and it is simply not sustainable. In SA the population went from 15,2m in 1955 to 59m in 2020. That is growth of 43,8m people or 288%! It was facilitated by inter alia large scale commercial farming and cheap food, antibiotics and better health care. But birth control is never a conversation that the Government wants to have. It is so much easier to lift 1 million people out of poverty than 30 million people.

“If Sars had any backbone it would challenge the government on the economically damaging ban on the sale of cigarettes and alcohol.” Totally agree. Have asked Tito and Kieswetter on Twitter several times about this – they do not answer. Is there perhaps a sinister underlying corruption going on in our Government and EFF(who we know is infamously connected to the cigarette smugglers).

Now are we suddenly so concerned about our rights as tax citizens of the republic. Since the advent of COVID-19 we have given up virtually all our constitutional rights!

….spot on comment, I feel though I surrendered rather than voluntarily gave up my rights

SARS has a constutional duty to collect tax from everyone including entities such as the mini-bus taxi industry.

Many if not most import containers are not allowed to be delivered to the importer. Presumedly that duty (and VAT) is not due = not received and nobody even knows whether the goods are even inside.

The VAT portion is no hardship. the VAT is automatically a deductible in the same VAT period, Does this taxpayer want to claim the input VAT but not pay it? That is offensive to other taxpayers.

Paying the duty portion on stock you have already, but have not been allowed to sell for 6 weeks, does not sound like a massive hardship unless the duty is a very high proportion.

At least we know Govt is really busy ! Within 2 days of my R74 TV Licence being due (which gives away my Age !) I have had three reminders from SABC via all of SMS , Email and Whats App : Apparently they cant wait for
my 2 weekly visit to Pick and pay , whilst I do not trust paying with my card as it goes into their system. Well guess what , they can now send their lawyers letter which will cost them more than the Licence , then I will pay (one of the few) !

Why does SARS refer to taxpayers as “Stakeholders?”
Surely, the word stakeholder depicts a shared interest in the entity to thrive, or at least survive?
Government is a stakeholder in business because it draws funds from business in the form of taxes and GDP, without which Government, as an entity, would cease to exist. As the tax collector, SARS is a stakeholder in business. It’s obvious, however, that SARS has no interest in the success or survival of Business, as an entity, thus taxpayers cannot be termed “stakeholders”?
More apt words would be bullied, ensnared, fleeced, captive, but, at least, surely, SARS could rather just address taxpayers as “Dear Taxpayers” because, who are they kidding with ” Dear Stakeholders”?

This is the perfect time to get the tax revolt going. I hear Government concerns about everyone and everything except the tax-payer. Even unregistered informal traders get more sympathy. What more will it take for taxpayers to take a stand like ‘royalty’ such as unions and the tax industry.

Should be ‘taxi industry’.

Tax industry will do, too.

Your South African assets are now worth 50 to 60% in $ terms of what they were worth 4 months ago thanks to our handling of the economy.

Please don’t be smart and take it all offshore. We beg you. Promise to finally start delivering on the promises we’ve made for 25 years. This time is different.

Is there anyone who can help ? I want to register my child for child support grant in welkom freestate where should i go? Left several messages for sassa but no respond.