Tax Ombud finds in favour of taxpayers in 87% of cases 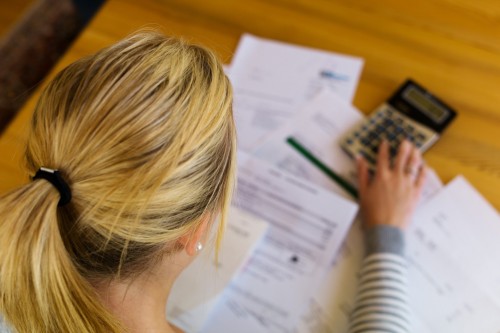 JOHANNESBURG – The Office of the Tax Ombud found in favour of taxpayers in 87% of cases resolved during the 2015/16 financial year, its latest annual report shows, but industry stakeholders have wide-ranging views on how this should be interpreted.

The Tax Ombud, judge Bernard Ngoepe, says this number is not meant to reflect badly on the South African Revenue Service (Sars).

“In our understanding there is a huge contribution towards inculcating the culture of compliance.”

Gerhard Badenhorst, executive in ENSAfrica’s tax department, says 87% is an extremely high percentage and this suggests that there could be serious shortcomings with regard to service delivery at Sars or with the manner in which taxpayers are treated.

This seems to indicate that the situation is deteriorating, Badenhorst says.

The Office of the Tax Ombud has only been in existence for three years and despite a drive to educate taxpayers about its mandate, a lot of people are still unaware of the office and the assistance it can provide, he adds.

Badenhorst says it is concerning that Sars failed to take action in several cases highlighted in the report, following recommendations by the Tax Ombud.

He expects, however, that a proposal in the Draft Tax Administration Laws Amendment Bill that seeks to compel Sars to provide reasons where it does not implement the recommendations of the Tax Ombud, could help to address the problem in future.

Patricia Williams, partner at Bowmans, says in her view one shouldn’t read too much into the percentage of cases where the Ombud found in favour of the taxpayer. People should only be complaining to the Ombud in situations where Sars has done something wrong.

Her bigger concern is the nature of certain complaints and the fact that these have not been addressed even after the Ombud brought it to the attention of Sars.

The annual report highlights the delay in the payment of refunds and failure by Sars to update banking details as the top two serious and systemic issues encountered by taxpayers. These issues were also highlighted in the annual report last year – in second and third place.

“So it is not like it is new – it was a serious and systemic issue two years in a row, but we haven’t had any response to it.”

Williams says the point of identifying serious and systemic issues is to deal with them.

Thomas Radzilani, executive at the Sars Tax Operational Centre of Excellence for Business and Individual Tax, says most of the outcomes are generated by the system – all systems in the world will have shortcomings at certain times.

Human intervention is often required to deal with assessments and audit outcomes and the interpretation of the law will differ. In the spirit of fairness and equity, Sars needs to ensure that it collects only what is due to the fiscus, he says.

Sars has to assess the finding and make sure its systems, understanding and interpretation of the law and the status within the organisation is fair and consistent, he adds.

According to the annual report, the fact that the majority of complaints were resolved in favour of the taxpayer “demonstrates the need for the services the OTO [Office of the Tax Ombud] offers”.

Of the 5 904 taxpayers that contacted the Ombud during the financial year, 64% were individual taxpayers, followed by practitioners (17%), unspecified parties (11%) and companies (8%). The Ombud received 130% more complaints that fell within its mandate on a year-on-year basis.

The Office was set up in 2013 to be an independent and impartial avenue where disputes between taxpayers and Sars could be resolved fairly and timeously.

Anyone spot the 130% increase in complaints year-on-year? SARS probably doesn’t care since they face no penalties for non-compliance with the Ombudsman’s directive. This system will only work when (i) SARS gets penalised for losing a case (ii) the taxpayer receives damages for winning a case.

The battle with SARS will be lost. With the appointment of cronies, SARS of the future will be the same as the SOE’s.