Tax Ombud ‘not concerned’ that Sars is abusing its powers

Office resolves more than 75% of legitimate complaints in favour of taxpayers.
By Inge Lamprecht 14 Oct 2015  00:01 PRETORIA – The Tax Ombud says he is not concerned that the South African Revenue Service (Sars) is abusing its powers in its dealings with taxpayers.

This follows after his office resolved more than 75% of legitimate complaints received during the one-year period from April 1, 2014 to March 31, 2015 in favour of taxpayers.

Speaking at a briefing hosted by the University of Pretoria’s Faculty of Economic and Management Sciences to assess the impact of the Tax Ombud’s 2014/15 Annual Report recently tabled in parliament, Judge Bernard Ngoepe said stakeholders needn’t be alarmed by the 75% figure.

“What matters to me at least is the severity of the complaint,” he said.

Ngoepe said not all of the issues dealt with were highly significant.

“It [the 75% figure] is not indicative of any disaster or some kind of calamity about to happen.”

The Office of the Tax Ombud was set up in 2013 to provide taxpayers with the opportunity to resolve their concerns about service, procedural and administrative matters speedily, amicably and free of charge. The office does not deal with complaints where a tax liability is disputed or considered unreasonable.

Dr Beric Croome, tax executive at ENSafrica, said it was also important to consider the individual numbers contained in the report.

Of the 6 003 engagements taxpayers had with the Ombud’s office during the year, 1 277 were complaints. A total of 409 of these complaints fell within its mandate. Thus, more than 75% of the 409 complaints investigated were resolved in favour of taxpayers. 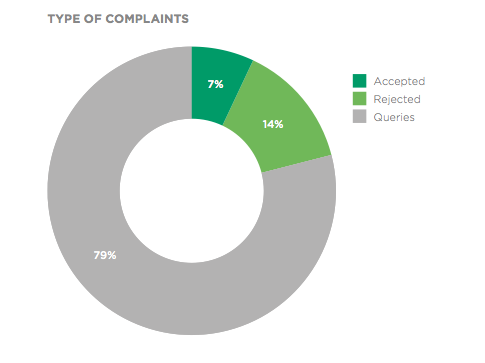 While this is the Ombud’s second report, it is the first report that covers a full 12-month period. Hence, it is the first time stakeholders can really gauge the effectiveness of the office and the issues taxpayers are facing when dealing with Sars, Croome said.

What is of concern is the large number of complaints that fell outside the mandate of the office, he added.

A total of 861 complaints or interactions were rejected as falling outside the mandate of the Tax Ombud or were sent to the office before the Sars process was exhausted, Croome said.

“In all of these systems or offices around the world you need to exhaust the internal complaint mechanism first before going to the Ombud. That is a standard procedure around the world and I think that is right.”

Croome said the fairly large percentage of complaints referred to the Ombud prematurely or outside of its mandate is indicative of the need for taxpayer education on the role of the Ombud’s office. Tax practitioners and professional bodies can play a role in this alongside the Ombud and Sars.

“People need to understand what is the purpose of the Ombud and what are the processes at Sars first before they go to the Ombud.”

Narciozi Makwakwa, executive for indirect taxes at Sars, said Sars realises that the Ombud has a significant role to play.

When taxpayer issues are resolved in an independent and fair manner it helps Sars to recognise its deficiencies and weaknesses, he said.

A major concern for tax practitioners has been the withdrawal of Sars’s Service Charter and the accompanying Bill of Taxpayer Rights, as it meant they had no standard against which to measure Sars.

Makwakwa said the Service Charter has been withdrawn but there is a Draft Service Charter, which is on the table with the executive committee of Sars. The Service Charter had to be redrafted, as the old charter didn’t keep up with technological developments. Previously, Sars may have undertaken to issue a tax clearance certificate after 21 days, but with new systems and technology this has to change as it is now able to issue a certificate within a period of three or four days.

Sars is in the process of finalising the charter, which will be published on its website in due course.

Most taxpayers chose to either e-mail or phone the Ombud as demonstrated in the chart below. The vast majority of queries, complaints or requests for information came from individual taxpayers, followed by practitioners and companies. 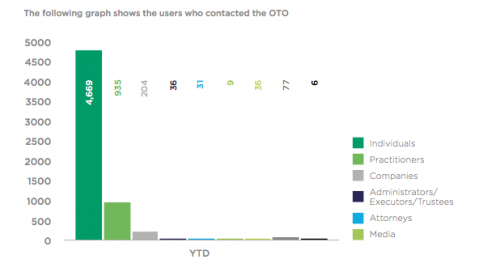 When your pay cheque doesn’t keep up with your lifestyle

When your pay cheque doesn’t keep up with your lifestyle