Expected to be useful even though its content is unenforceable.
By Barbara Curson 4 Feb 2022  00:03 It is hoped that the compendium will encourage Sars to up its game. Image: AdobeStock

The Office of the Tax Ombud (OTO) has been relentless in its pursuit of taxpayer rights, and has notched up many successes in resolving taxpayer conflicts with the South African Revenue Service (Sars). These include delayed refunds, unfairly imposed penalties, and Sars dipping into a taxpayer’s bank account.

The Tax Ombud has now released a draft compendium of rights, providing information on taxpayer rights, entitlements, and obligations.

This compendium is however not an enforceable ‘Bill of Rights’, “but merely a compilation of principles that are contained in various documents, including the Constitution, tax legislation and other government documents”.

The taxpayer’s obligations, such as being liable for tax levied under the Income Tax Act, are not covered in this article.

A taxpayer has the right of access to information, such as obtaining any information in Sars’s possession relating to their tax affairs, and be clearly informed of Sars’s decisions.

The right to receive quality and timely service from Sars, and understand what Sars is communicating. The taxpayer should be entitled to report inadequate service.

The right to a fair, unbiased and just tax system: for example, to have the provisions of tax legislation applied consistently, fairly and objectively, by a Sars official free of any conflict of interest or bias.

To have access to a court or other forum with the appropriate jurisdiction to enforce its rights and entitlements.

The right to pay only the amount of tax legally due to Sars, including interest and penalties. Any amount overpaid must be refunded. The taxpayer is obliged to pay the debt even if it is disputed on the “pay now argue later principle”. However, the taxpayer can request Sars to suspend the obligation to pay the debt until the dispute resolution procedure is finalised.

The right to privacy and confidentiality, and that any Sars inquiry, investigation or enforcement action complies with the law. Taxpayer information may not be disclosed unless authorised by the taxpayer or allowed by law.

The right to representation, in securing the services of a representative to assist the taxpayer with its tax affairs and dealings with Sars.

The right to finality: the taxpayer is entitled to have an audit, investigation, dispute and debt collection steps brought to finality.

The right to lodge a complaint with the Sars internal complaints management office or ATO without fear of victimisation or intimidation.

The right to dispute any assessment or decision that is subject to objection and appeal, within the prescribed provisions and rules of the dispute resolution procedure.

Taxpayer rights are not only contained in tax legislation

She says that while this compendium is not enforceable, it will hopefully “encourage Sars to live up to more of its obligations, and/or help the taxpayer understand what they should be entitled to expect …”

The right to finality, says Williams, extends beyond specific provisions of a tax act, and is embodied within the rule of law (as part of South Africa’s common law) and recognised under the Constitution. In the circumstances, taxpayers may have rights to finality that extend beyond merely those set out in the Tax Administration Act (TAA).

(This is particularly important within the customs and excise space, where so-called ‘prescription’ is generally based on when Sars starts the audit, in that Sars can normally demand taxes for a period up to two years before the audit starts, without any statutory provisions relating to how long Sars can continue to audit the taxpayer.)

Williams notes that taxpayers have the right to dispute other decisions, by means of a review in terms of the Promotion of Administrative Justice Act (PAJA), or in terms of a constitutional legality review.

PAJA provides that any administrative action that materially and adversely affects the rights or legitimate expectations of any person must be procedurally fair, including that Sars give the taxpayer adequate notice of the nature and purpose of the proposed administrative action, and a reasonable opportunity to make representations, before a final decision is made.

It is to be noted that Sars frequently acts “without giving proper notice, explanation and an opportunity to make representations”.

Read: It can be exhausting to do battle with Sars

“The Tax Ombud makes recommendations in relation to complaints, which Sars sometimes agrees with, and sometimes not,” says Williams.

Even though the TAA stipulates that Sars must provide reasons for its decision within 30 days: “[T]here is no mechanism for the Tax Ombud to enforce the time period within which Sars responds, and no further recourse if Sars simply notifies the Tax Ombud that it disagrees with its reasons.”

Williams provides an example of where the OTO identified a systemic issue of Sars not issuing letters of findings and/or an advance notice of a proposed adverse action, and submitted a formal recommendation to Sars to remedy this issue. This matter was finalised without resolution.

The ombud’s recommendations are not binding on Sars

Williams suggests that the TAA be amended “to extend the role of the Tax Ombud as the protector of taxpayer rights, including authorising and compelling the Tax Ombud to go to court for a declaratory order in instances where Sars refuses to accept the Tax Ombud’s recommendation”.

She adds: “This would provide actual legal certainty on a contentious taxpayer rights issue in a situation where the taxpayer already sought to avoid the costs and/or difficulties of litigation by complaining to the Tax Ombud in the first place.”

To put it quite bluntly: what use is a vague list of unenforceable rights?

Attempting to enforce rights legally, oneself, is extremely costly and time consuming, not to mention confusing and intimidating for most taxpayers.

“We need taxpayer rights that are indeed enforceable, with a ‘champion’ – which could be the Tax Ombud, subject to legislative change – to help normal taxpayers enforce these rights,” says Williams.

You mean the taxpayers have rights??? You could have fooled me!

Taxpayers have rights? I do not think SARS’s actions support this assertion! 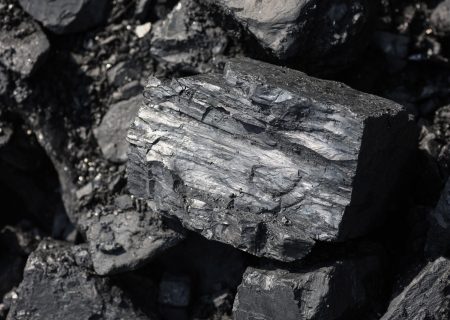