The absence of details around the proposal may cause unnecessary panic, prompting experts to warn those wanting to emigrate against making rash decisions.
By Amanda Visser 30 Aug 2021  00:03 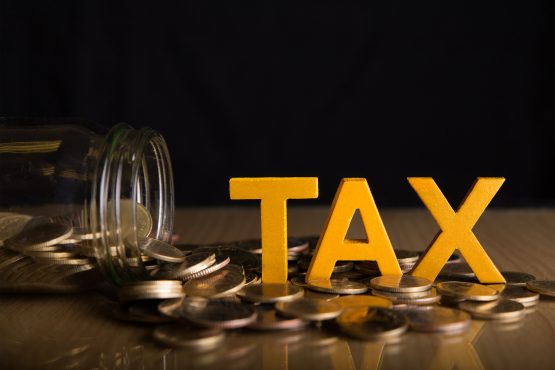 The proposal could become an administrative nightmare for taxpayers and fund administrators. Image: Shutterstock

South Africans wanting to emigrate will need to carefully consider the latest proposal around the taxing of retirement funds and how it may impact them.

Several far-reaching changes to the emigration process have been introduced in recent years and retirement savings have now been added to the pot.

Gavin Duffy, partner at PwC, says the timing of the latest proposal is quite unfortunate and just adds to the panic of South Africans who have already left, or are considering a move, whether it is medium term or permanently.

In the latest proposal, published in the July Draft Taxation Laws Amendment Bill, National Treasury seeks to secure taxing rights for South Africa on payments from retirement funds in all instances.

The “problem” it wants to address is instances where the country in which the South African is tax resident has the sole taxing right on payments from retirement funds in terms of a double tax agreement.

In order to secure taxing rights for South Africa, Treasury proposed that the day before the individual ceases South African tax residency, the taxpayer will be “deemed to have withdrawn” from all South African retirement funds.

The deemed withdrawal proposal will be effective from March next year.

But from March 1 this year South Africans must be tax non-resident for three continuous years before the retirement annuity fund and preservation fund (where the one election for withdrawal has been taken) may allow withdrawals. This means a tax is triggered on a deemed withdrawal, and interest will be levied during the three-year wait.

Duffy expressed concerns about the potential of double taxation. He explains that the Organisation for Economic Cooperation and Development provides in the Model Tax Convention that payments from retirement funds are taxable only in the country where the individual is tax resident. South Africa has negotiated with these countries for them to have sole taxing rights.

In terms of the proposed new change the retirement savings and interest on the deferred tax debt will now also be subject to tax in South Africa.

“With double tax treaties two countries sit down and negotiate in good faith how various scenarios may be dealt with. South Africa is now saying they do not like the provision in the treaty that they have negotiated. It now wants to introduce an additional piece of legislation that raises a huge number of issues.”

Duffy advises people who plan to leave SA to consider carefully where they are going and what the provisions under the double tax agreements are.

This will enable them to make meaningful decisions about what to do with their retirement savings.

Dawie Klopper, investment economist at PSG, says PSG continues to encourage people to save as much in retirement products as possible in order to make full use of the tax benefits. However, the signs and messages from government around retirement savings may discourage people from saving in these products, and that will be detrimental for taxpayers and government, he says.

People who consider redirecting their savings should understand the tax consequences. A maximum of 27.5% of remuneration or taxable income (whichever is higher), and no more than R350 000, is tax deductible in a tax year.

“There is the risk that the tax on income from discretionary investments may be more than what you may be paying when you are in a retirement savings product.

“The returns will have to be extraordinary to compensate for the tax benefit you will be forgoing,” says Klopper.

He adds that people who do consider increasing their discretionary savings (instead of retirement savings) should be mindful of the self-discipline required not to access these savings for day-to-day expenses or luxury items.

“Young people have to ask themselves how the world will be in 15 years’ time. If they do save only in discretionary investments, they still have to save regularly and they have to save more to make up for the loss of the tax benefit.”

Klopper says government’s approach to retirement savings will dictate how South Africans think about their investments. “If they do not have the assurance from government that they support a market-orientated economy, they should not be naïve.”

Duffy is also concerned that people will make rash life-changing decisions out of fear of proposed legislation that is still a real unknown.

Duffy is of the view that the tax authority and Treasury may have to take a second think on their proposal.

“I am not convinced that it has been thought out extensively in terms of the impact on the various double tax agreements and the vast amount of scenarios that arise under this.”

He says Treasury assumes that a taxpayer will know when they cease to be tax resident, and they also assume that a fund administrator will know.

Read: Ceasing SA tax residency – What you need to know

“It seems as if Treasury assumes that every case of cessation of tax residency is someone permanently leaving SA, but that is simply not the case.”

Someone may be going on multiple assignments and end up ceasing tax residency two or three times during their life. That means they have a deemed withdrawal when they cease tax residency, resume tax residency and cease again.

This scenario has clearly not been addressed.

Duffy also says that even if the proposal could be done conceptually, it may become an administrative nightmare for taxpayers or the fund administrators to track the deemed withdrawal and tax calculation and the recalculation years later.

Preparation to emigrate start years before the final exit. Should include action to free yourself of the claws of ever needy SARS.

Well South Africans are constantly being attacked by SARS and this anc government. WTF do they want to leave??

Because of these devilish corrupt thieves.

I am trying to wrap my head around this. I don’t think the intention is for interest to be levied for 3 years while the emigrant is able to access his/her funds. RSA has prevented a mass exodus of pension funds by applying a 3 year rule, I get that. People are complaining about the tax that needs to be levied – surely this makes sense since one was collecting deductions throughout the life of the pension payments. The benefit is reversed and puts one in a predicament as the deductions were more than likely squandered.
If the after tax payout is then transferred as savings to your new jurisdiction – how does that affect DTA?

If as you summise the deductions were squandered ( ??) Then heaven help them ,as the deductions went into a pension fund !!
I advised my kids years ago to avoid pension funds and pay the money into unit trusts : above all else to avoid the grubby paws of the ANC,s collection arm ,namely SARS.

The unit trust funds can be accessed and terminated at any point and the funds “exported” ,unlike RA,s and LA,s where govt still dictate the rules .

I meant the deductions one gets from placing personal after tax funds into a Pension or RA(squandered by the tax payer when he gets his annual return payout) – company portion is treated as a fringe benefit. It’s not always possible to only have unit trusts, etf’s etc. as company policy, in most cases, dictates that almost 7.5% makes it way into a pension fund + their taxable fringe benefit.