Tax season will be shorter this year

Taxpayers are advised to get ready sooner rather than later.
By Amanda Visser 3 Jun 2022  00:01 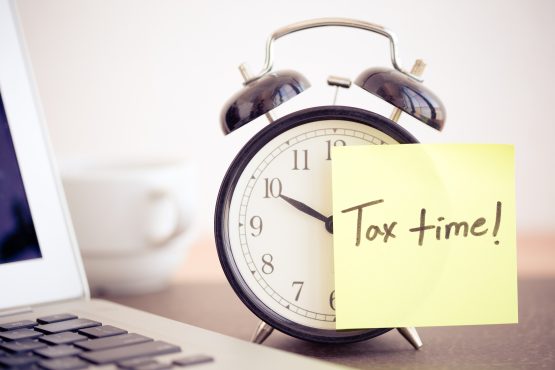 More than R17bn was refunded to taxpayers last time around. Image: AdobeStock

The annual tax filing season kicks off in a month’s time, but taxpayers should take note that the deadline for submissions has been brought forward by a month for non-provisional, manual and branch office submissions.

The South African Revenue Service (Sars) is set to publish the dates for submissions and to specify which taxpayers do not have to submit a return in the government gazette.

It will provide more information in due course, a Sars spokesperson said when asked why the due dates have been brought forward.

The filing season starts on July 1 and taxpayers who submit their tax returns manually or at a branch office have until October 24 to do so.

Non-provisional taxpayers who use the Sars eFiling platform also have until October 24. During the 2021 filing season taxpayers had until November 23, which was extended to December 2.

Joon Chong, partner at Webber Wentzel, says taxpayers should take note of the shortened time frames and prepare their submissions sooner rather than later.

Read: Revised Sars Service Charter pleases some, but not all

Sars will continue to auto-assess individuals based on third-party data received from employers, financial institutions, medical schemes, and retirement fund administrators. Chong advises taxpayers to ‘Accept’ or ‘Edit’ and submit the auto-assessments by October 24 if they are individual non-provisional taxpayers.

“Individuals who are auto-assessed but do not accept, edit or submit their auto-assessments will receive an estimated assessment from Sars which is not subject to objection and appeal,” she says.

Last year more than three million taxpayers were auto-assessed. Over 2.2 million taxpayers accepted the auto assessment, with more than 1.5 million accepting without any changes. This represents a 74% acceptance rate of a new service offering, Sars said in a statement after the closure of the 2021 filing season.

Read: Sars, you, and those auto-assessments

“Regrettably, more than 630 000 taxpayers neither accepted nor edited their returns,” Sars said at the time. Those taxpayers received estimated assessments.

The revenue service noted an increase in virtual filing during the 2021 filing season. Sars reported that over 4.3 million non-provisional tax returns were submitted by the due date.

Of those, over 2.6 million were submitted via eFiling, an increase of 7%.

Sars noted that 523 659 returns were submitted through the MobiApp, a 59% increase.

There was a 15% decrease in the number of returns submitted at branches.

More than 90% of the assessments were issued in under five seconds compared with 85% the previous year. Sars paid out refunds to 86% of taxpayers within 72 hours, compared with 77% the year before. More than R17 billion was refunded to taxpayers.

Many South Africans have been and still are working from home since the outbreak of the Covid-19 pandemic, and claims for refunds on home office expenses have increased significantly. However, Sars has been very strict about paying refunds and in the previous tax year 60% of home office claims were disallowed.

“It is important that taxpayers pay careful attention to the rules regarding home office deductions,” says Stiaan Klue, executive dean at The Tax Faculty.

“It is critical that taxpayers ensure that they qualify for deductions in terms of the current legislation, particularly for individuals who are employed.”

Sars released an interpretation note in March. It provides clarity on the matter and also sets out various examples to determine eligibility – for example, whether the space is used regularly and “exclusively” for trade, says Klue.

Verification audits within 21 days appear to be a challenge for Sars.

Only 67% of the audits were completed in this time frame and although this is better than the 62% in the previous year, it is below the 70% target Sars set for itself.

Read: Sars and the never ending cycle of inappropriate verifications

What we noticed in the last tax season is a disregard for the 21 working day rule regarding verifications.

What has SARS done to ensure this does not happen in the new tax season?