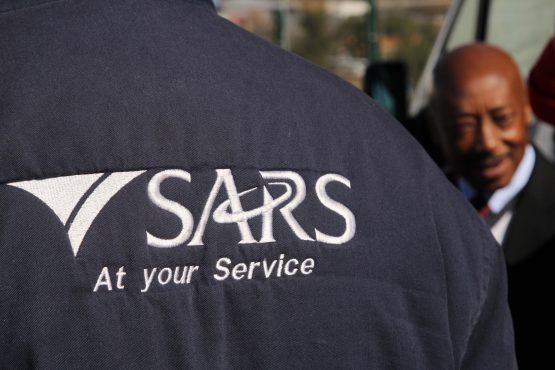 Corporate taxpayers battle to get answers related to audits, which they are increasingly expecting to be subjected to. Picture: Moneyweb

A recent survey by PwC on the tax experience of more than 5 300 of its corporate clients with the South African Revenue Service (Sars) points to an expected increase in tax audits and disputes.

A high number of respondents (85%) said it was likely that Sars would verify or audit the company for post-submission of corporate income tax returns on an annual basis.

Elle-Sarah Rossato, head of tax controversy and dispute resolution at PwC, says the pace at which tax authorities have changed and intensified their approach – both unilaterally and cooperatively with taxpayers – has been rapid.

“In South Africa, this has been complicated by a number of structural, leadership and policy changes within the revenue service over the last five years.” She says the survey aimed to create a “baseline” for constructive engagement with Sars on how it can improve efficiency, trust and credibility.

Rossato, vice-chair of the South African Institute of Tax Professionals tax administration committee, says the survey points to even more “intense tax authority activity” in the near future. The survey was done a month after the Nugent Commission of Inquiry into tax administration and governance at Sars started.

It was also done at the time of the launch of Sars Service Charter, which sets out what taxpayers can expect from Sars in terms of service delivery and timelines.

According to the survey, 71% of the respondents feel Sars never or only sometimes complies with the time periods currently supplied in the Tax Administration Act (TAA). More than 60% of respondents are of the view that the service charter will never, or only sometimes, change the behaviour of Sars officials.

The delayed payment of refunds has been a major pain point for taxpayers. The Office of the Tax Ombud found that the actions of Sars caused financial hardship and were in some instances unlawful.
The PwC survey showed that 62% of the respondents “never or only sometimes” received refunds within the allocated timeframe.

In 2% of the cases, value-added tax (Vat) refunds were paid more than a year after supporting documentation for a verification audit was supplied. The survey also showed that in 30% of the cases, it took six to 12 months to complete an audit, and in 12% of the cases it took longer than 18 months.

The lack of having someone to communicate with, or finding someone who can help with queries about the audit, poses a major problem for corporate taxpayers. According to the survey, 38% of the respondents never received progress reports from Sars on the audit process.

In terms of the TAA, a Sars official must provide the taxpayer with a report indicating the stage of the completion of the audit. The taxpayer is entitled to a status update of the audit within 90 days after commencement of the audit and within 90-day intervals thereafter.

Only 2% of the companies participating in the survey received feedback on the audit process within the prescribed timeframes.

An issue that has increasingly become an area of focus for tax authorities is the transfer pricing policy of a company. This policy sets out the manner in which companies price services and goods to other companies within the same group.

“In the context of base erosion and profit shifting (BEPS), multinationals should review their transfer pricing policies, document appropriately and expect to be audited.”

Although not many of the respondents in the survey have been subjected to a transfer pricing audit, 39% of those who had been found it to be a drawn-out process that took more than 18 months.

The Voluntary Disclosure Programme (VDP) forms part of the TAA and according to PwC the uptake on this relief has been “immense”. “However, we have seen increasing resistance from the VDP unit and delays in considering and processing applications.”

The turnaround on applications was 10 months at the time of the survey (July 2018). Around 38% applications were declined because Sars claimed it was not voluntary due to a pending audit, verification or investigation.

Rossato says 30% of the taxpayers recommended that Sars improve the technical skills of its staff. Improved turnaround times, the revival of the Large Business Centre and improvements to the electronic filing system (e-Filing) also remain high on the wish list.

The higher number of audits (that can potentially lead to more disputes), is a fact. This is according to registered tax consultant at a large tax firm.
What was however most surprising was to hear that apparently, SARS officials in the relevant department that does audits, actually earn some type of a commission if they succeed in extracting more money from the tax payer by means of an audit. This seems almost similar to the way traffic officials also get commission if they write out more tickets.

This auditing nonsense affects individual tax payers as well – I am a pensioner with a few external investments and yet I have been subjected to audits over the last 2 years. Also to try and establish what the reasoning is for such audits and they can’t give you a plausible answer. In reality SARS is treating taxpayers in a criminal manner yet the real crooks are all internal

As a tax practitioner filing mainly for individual retired taxpayers, I consider the number of verification requirements totally uneccessary. Pensioners filing clearly similar returns year after year with minimal tax liability are targeted. Where a refund is due, the return is almost certain to require verification. I admit to feeling that both my and my clients integrity is being tested, which I find insulting. In all the years I have never had a query from one of these audits.

It would be interesting to know how much time you are now spending a on similar classes of returns, compared with previous years.

Many tax practitioners/accountants are finding that the same client is taking longer and longer to process; somebody has to foot the bill.

The only solution is to penalise SARS officials who authorise bad websites or mess taxpayers around.

There is no doubt that SARS is still playing “stalingrad strategy” with refunds. The moment those responsible have to pay personally, the BS will stop.