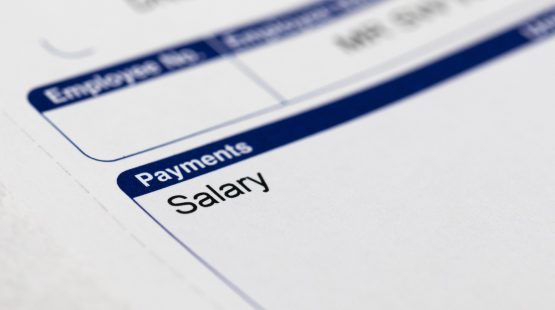 Several taxpayers have in recent times learnt the hard way that they ultimately remain responsible for their tax affairs. They have been named and shamed and fined for not filing their tax returns, in many instances multiple returns over several years.

Many have made use of accountants and tax practitioners to assist them with their affairs. However, despite this, they now have criminal records. Fines up to R20 000 have been handed down and the courts have issued at least three warrants of arrest for failure to appear in court.

Elle-Sarah Rossato, associate director at PwC, says it is imperative for taxpayers to ensure they submit accurate returns as soon as they receive a notification from Sars that there are outstanding returns.
She says in terms of the Tax Administration Act, a financial manager may be held personally liable for tax debts due to his negligence or fraud which resulted in the tax payable.

“However, taxpayers cannot simply escape liability by blaming advisors or financial managers. The ultimate responsibility to submit accurate returns or financial statements on time, remains with the taxpayer.”

Rossato, vice-chair of Sait’s tax administration work group, says Sars has become extremely reluctant to grant any leniency on extensions to submit returns which, for companies will affect their tax compliance status.

“There will have to be very good reasons for remission of tax returns. In circumstances where returns have not been submitted which resulted in penalties, we have found that it is very difficult and that extenuating circumstances will have to apply for Sars to consider.”

In most instances, the penalties will remain and interest will run on the outstanding tax debt should this not be paid within the specified time frame to Sars.

She advises taxpayers to be pro-active. “Ensure that you consider your tax position, or obtain advice on your position before submitting your annual or monthly returns.”

Taxpayers should keep all their supporting documents in case of a verification or an audit. “Be audit file ready.” Rossato also recommends that taxpayers know their rights, and that they avail themselves with the new Sars service charter.

Sars said that it has, over the past few years, experienced an unacceptable increase in the non-submission of returns across all tax types, including Pay-As-You-Earn (PAYE), Value Added Tax (VAT), corporate income and personal income tax.

“The decision to resort to enforcement of compliance through criminal prosecution is a last resort. All the taxpayers that appear in court were engaged beforehand and final demands were issued to them before the criminal cases commenced,” Sars said in an earlier statement.

The significant drop in the submission of returns was one of the indicators that compliance has been falling by the wayside. This has had an impact on Sars’s ability to collect the revenue government has budgeted for.

People have in the past received notices that they had outstanding returns, despite meeting the requirements for not filing. Sars has implemented a step-by-step process to assist taxpayers to ascertain whether they should file or not.

Some of these requirements include remuneration below R350 000 received from a single source, no car allowance or other income and they are not claiming any tax related deductions such as medical expenses or retirement contributions.

The annual filing season has been shortened this year and the first deadline – for non-provisional taxpayers filing manually – is September 21.

South Africa is in a hurry to hand criminal record on what should be civil matter that are settled with fines, while the real criminal continue to wreck havoc unabated. Here people get criminal records for traffic violations, tax violation etc. Criminal record should be for criminals whose presence is society is unpleasant not ordinary citizen who crossed the line whether negligently or otherwise.

Agreed. Its the same with all government depts. and SOEs. For example, the unemployed township resident who steals R100 worth of electricity and gets caught gets heavy fine and/or imprisonment. The head honchos at Eskom manipulate billion rand tenders (for family and friends) and get Xmas bonuses.

I expect the state to be pro-active in discouraging theft within its regime ranks and stop the squandering of OUR funds!

It’s so good to hear that our ex president will need to get as compliant as the tax slaves.
I feel much better now.

Ok – So we all know that plus minus 100 000 people in this country pay 85% of ALL taxes…. is that right(?) – think that is the stats I last saw(correct me if I a wrong). AND – the readers of Moneyweb are either aspiring to be part of those 100 000 people or are them. My guess is that if you are on this site 99% of the time you are part of the 100 000. In this article Moneyweb tries to scare the cr%p out of you to ABSOLUTELY ALWAYS pay your taxes. We should all be GOOD citizens and throw our pearls before the swine – because that is our DUTY as citizens of this SH$TH@LE country.
I will not, I will not…I will not, and …indeed I WILL do much worse…IT IS MY DUTY AND IT IS YOURS.
(if you are one of the 100 000)

Unless you are planning to move to another country, you will pay tax, if you don’t (Tax evasion, not avoidance) then you will end up in a nice orange jumpsuit, and you will get to rant and rave to all your cell mates about it.