The National Prosecuting Authority (NPA) is issuing summonses to taxpayers with outstanding tax returns. Sars commissioner Edward Kieswetter has promised that they will make life difficult for non-compliant taxpayers, a promise he has kept. Those who decided to ignore his words of caution may soon be summoned to appear in court on criminal charges, even if they have left South Africa.

From the summonses we have seen, it is evident that Sars and the NPA treat this form of delinquency very seriously. The charge sheets are prepared carefully and every instance of non-compliance, for every tax type, counts towards a separate charge.

This means that some taxpayers face up to 30 counts of contravening the Tax Administration Act.

The gravity is underscored by the fact that it appears that the Hawks have been involved to investigate some of these cases, who serve these summonses on the taxpayer personally.

What if I live abroad?

There is a sentiment among South Africans who have left our shores that their South African tax obligations are in the rear-view mirror. Perhaps this because they believe that Sars cannot be bothered to enforce against taxpayers who no longer reside in South Africa.

It is important to understand that the failure to file returns constitutes a criminal offence under South African law and nothing precludes the NPA to summon a taxpayer to face criminal charges in South Africa long after they left the country.

Criminal proceedings may still be instituted up to 20 years after the offence was committed.

Sars has undertaken to make it costly for taxpayers who flout their tax obligations. A key part of this initiative is to make an example of delinquent taxpayers. For South African abroad, Sars and National Treasury are on record that they are aware of the pervasive non-compliance among expatriates, which was one of the main drivers for the enactment of the “expat tax”. Moreover, Sars has made it clear that this is a key area of enforcement for the institution, and it will only be foolish to assume that you are beyond the NPA’s reach.

If you are unsure of your obligations, it will be prudent to do a diagnostic of your tax affairs. If you are found to be non-compliant, it will be wise to rectify your position before you receive an invitation from the NPA to return to South Africa.

I take it SARS will be sending summons to Dubai then??

SARS has audited me four times in the last five years.

They will scrutinize every honest and law abiding Tax payer for every R1 or R5, but will protect the ex president with a MANSION in DUBAI.

There is talk of Tax payer money in Pakistani and Dubai Banks.
How did it get there?

Can someone please put the evidence in front of the SARS commissioner’s nose? and show him the documentaries on Y o u T u b e?

Snap Speculator : I,m now 5 years in a row : Only ever iro Medical Costs and NEVER has it been one cent incorrect: Surely they can start looking somewhere worthwhile now ??

Yep, govt. are the Mafia dons, SARS are the shakedown guys

The Gupta family in Dubai I assume are first on Kieswetter and the NPA’s list?

So let me get this straight. Plenty of SAffers have got jobs overseas due to racism and rampant crime. They earn their money overseas and get taxed overseas but somehow they must put in tax returns living there?

The only thing that might be left in SA is an RA/pension and possibly property (very stupid to have property in SA anyway).

I find this draconian and stinks of desperation for a regime that has failed and it nothing more than a collection agency for the corrupt regime.

I believe another name for this practice is “protection racket.”

Gents, my ex South Africans….Theres nothing to worry about.

NPA / SARS are so useless….

Probability they come after you …. Zilch.
If they catch you…. there is no man power to enforce.

… hence nothing to worry about.

Should rather do state capture. No prosecutions there

Exactly … there is about 1 Trillion that SARS can get back from those involved in State CApture…..

Why is Kiestwetter not going after this stolen money?

My thoughts too. When the amount owed vastly outnumbers the amount “appropriated” THEN SARS have just cause. Until then, they are looking in the worng place

” … it will only be foolish to assume that you are beyond the NPA’s reach. ” ?? Yoohoo! Has the NPA got hold of the Guptas then?

Maybe the arrogant ex anc MOD, now the parliamentary speaker, who apparently hasn’t a clue on Constitutional process(?) will send one of her private charter company executive jets to “fetch” you? 🙂

That’s if the cadres have returned them after their hols and other jollies?

So let me get this right – SARS is going all out, even installing the most advanced technologies they can get their hands on, costing billions too, to go after every taxpayer in order to get as much revenue as they possibly can, while knowing full well that most of it is definitely going down the tubes, wasted, stolen repeatedly, disappearing increasingly faster than they SARS can collect. How long before the gravy train they so tirelessly in futility working for becomes a train wreck. It’s a mad world.

The LESS money Govt can collect, the LESS they can waste / mismanage.

The above is not a bad thing. Need to do with less.

Government pointing finger at her workforce and contributing members of society is like the pot calling the kettle black. SARS can raise taxes/introduce new taxes on a whim. Government can then go and spend it then on SAA, Denel, Eskoms failed power stations, other bailouts etc. Tell us SARS how is this fair or that you are at our service? Or even the laughable #YourTaxMatters – not to the average South African citizen it would seem.

South Africa must be the only country in the world that still expects taxes to be paid on people who have emigrated. It is nothing more than signs of an iligitmate, corrupt government desperate for money to cover that looted by government members and their families.

When will SARS go after the likes of Zuma and his family, all the top ANC, EFF and their families who are living lives of ultimate luxury on money that is not even declared to SARS and what they do declare is Fraudulent and criminally under-declared.

How about starting off with Zuma who owes R45m fringe benefits tax on his Nkandla upgrade! Then all the recipients of state capture and all other corrupt state employees and the trillions they’ve received in bribes etc. Thirdly the Minibus Taxi industry makes Billions in profits and literally pays zero taxes. Not even PAYE.
Until All Taxpayers are treated equally SARS can go and F… themselves!!!

One wishes the same vigour was applied to govt, govt parastatals, and govt officials…But it is always the poor who suffer more

In my long life I have lived for periods of more than 5 years in three countries, excluding SA, yet I still have to find a government who consistently threaten its people like this one. It seems they thrive on the wielding of a stick over the people and like to rule not by negotiation and discussion but by threats and decree.

Correct…but they only go after law-abiding citizens. Criminals and politicians have nothing to worry about.

Don’t forget the cadre elite, who openly stuff their so-called “charitable tax free trusts” with stolen public money and then use these vehicles as their private piggy banks to fund their insatiable lust for capitalist bling and privileged high life! Employers may be wondering when ‘enough is enough’. 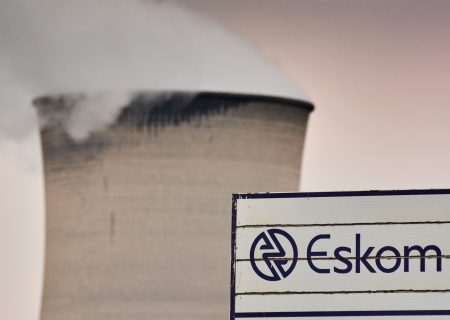