Treasury forges ahead with retirement reform 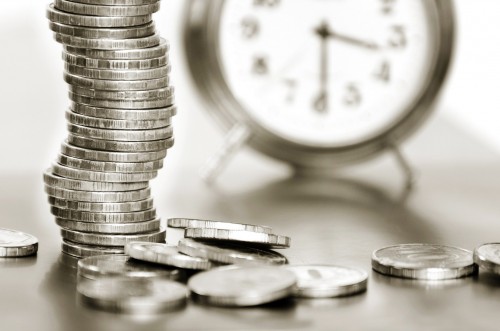 JOHANNESBURG – National Treasury has confirmed that regulations to harmonise the taxation of contributions to pension funds, retirement annuities and provident funds will take effect on March 1 next year.

This means that provident fund members will only be able to take one third of their pension benefit as a cash lump sum at retirement and that the remaining two thirds will have to be annuitised. However, this will only apply to contributions made after March 1, 2016 and for those below 55 years of age. Moreover, members will only be required to annuitise once their retirement savings exceed an increased amount of R247 500. The previously proposed threshold was R150 000.

Provident fund members could previously take their full pension benefit as a cash lump sum at retirement. Pension and retirement annuity funds are already required to annuitise and won’t be affected by this particular change.

The regulations were initially scheduled for implementation in March this year but were postponed amid concerns that members would not have access to their pension benefits prior to retirement once the new regulations were introduced. This fuelled pre-mature resignations to access retirement funds.

The reform proposals are part of a broad overhaul of the retirement industry, which aims to encourage household savings and improve the financial situation of especially vulnerable individuals.

Labour unions have been quite vocal in their criticism of some of the proposed changes, notably compulsory preservation and have previously indicated that they want more clarity on social security reform before they support further regulatory amendments around retirement.

In a statement issued on Thursday, National Treasury said all individual taxpayers who contribute towards a retirement fund (pension or provident fund or retirement annuity) from March 1 next year, will qualify for a tax deduction up to 27.5% of the greater of taxable income or remuneration, up to a limit of R350 000.

Treasury said except for very high-income taxpayers who tended to claim a higher than proportionate deduction, this limit will in most cases afford members of pension funds to save more through a retirement fund.

Its statement reiterated that the new regulations were not an effort to nationalise pension funds.

Treasury also said it had no intention of introducing preservation “through the back door”.

“The law has not changed to prevent members of provident and pension funds from accessing their retirement savings upon resignations, including also upon dismissals or retrenchments.”

Treasury said it was committed to releasing the paper on social security despite its complexity.

“Even with the advent of social security, retirement funds will still need to be improved to ensure that the outcome for members is better than at present,” it said.

It added that it was working on various reforms to lower charges on annuities and assist members with accessing suitable annuities to deal with their various concerns.

“Government advises workers not to rush and resign from their jobs if they have any concerns, and should rather check with their retirement funds (with their trustees or principle officers) or registered financial advisors to assess any information on whether it is correct or not.

“Those cashing out their pension or provident fund savings will not only pay significant amounts of unnecessary taxation, but will lose out the growth on their savings and will need to save significantly more in future if they wish to safeguard their standard of living in retirement.”

The legislation will be reviewed after two years.

Is your RA still Regulation 28 compliant?

Is your RA still Regulation 28 compliant?