Outcry seems to have brought common sense to the plight of disabled children.
By Amanda Visser 4 Nov 2021  00:01 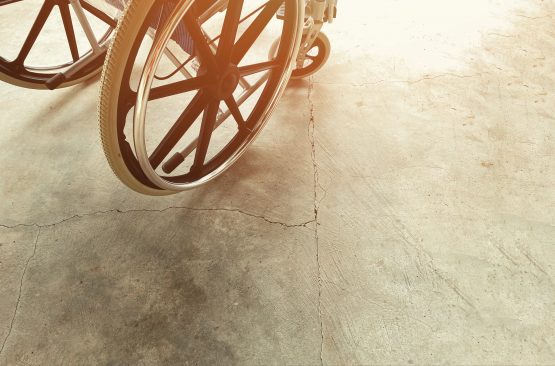 The revenue service has come to acknowledge that special needs expenses are not a luxury. Image: Shutterstock

A massive outcry by civil society, parents and educators on the ability of taxpayers to claim relief for costs related to the education of the disabled has resulted in the South African Revenue Service (Sars) doing a complete turnaround.

Harmful changes implemented in 2020 and again this year, which would have rendered many parents unable to afford special education for their physically impaired or disabled children, have now been thrown out the window.

Sars said in a statement that “after much deliberation” it has decided to revert to the method of calculating the qualifying medical expenses for school fees as set out in the 2012 Disability List.

Sharon Smulders, project director of tax advocacy at the South African Institute of Chartered Accountants (Saica), says this is a “welcome change” – but that it should never have happened in the first instance.

“It is a good start, but we are hoping that it is not the end of discussions to improve the lives of the children and also their parents.”

Keith Engel, CEO of the South African Institute of Taxation (Sait), also believes that Sars’s revised position will be “overwhelmingly” viewed as a welcome change.

The difficulty for Sars is that although legislation may require a more theoretically pure approach, it should in fact better recognise the hardships of disabled children in an area where public support is largely absent.

Read: Some people haven’t received their disability grants since the start of the year

The list of qualifying expenses at special education schools now includes school assistant or classroom costs and school fees, with the latter limited to the amount in excess of the fees that would have been payable if the person attended the closest fee-paying public school not specialising in learners with special educational needs.

It will also include schools not specialising in learners with special educational needs, limited to additional expenses incurred and paid as a result of the disability.

It then required an “itemised list” detailing the nature and cost of each intervention, including school fees, to be specified on the invoice or on a covering letter issued by the school.

The 2020 changes sparked widespread condemnation, but the 2021 changes led to a public outcry, with 11 600 individuals signing a petition against them in less than 10 days. Soon after the draft 2021 list was withdrawn.

Reverting to the method of calculating the qualifying medical expenses for school fees in the 2012 Disability List means the 2020 and proposed 2021 changes will no longer be effective.

This calculation method will be effective retrospectively from March 1, 2020.

Craig Miller, tax director at Webber Wentzel, says it seems common sense has prevailed. “It seems that Sars got a sense of what the benefit actually means for people who have to care for physically impaired or disabled children.”

He says Sars had the opportunity to reflect on the comments and interaction with parents, special needs schools and specialists. Everyone is now better off, he says.

Smulders says many parents have already submitted their 2021 tax returns in which they most probably will get no tax relief.

She advises them to submit a request for a correction in order to include their expenses.

If this option is no longer available, they will have to lodge an objection.

“This process can be time consuming and some taxpayers may even have to request assistance with the process since they have never before been in this situation.”

Taxpayers have 30 days from assessment to lodge an objection, but on Sars’s side there is no timeline to respond. Smulders is hopeful that Sars will give this priority.

The payment of refunds has been identified as a systemic problem and there are concerns that it will raise its ugly head with claims for disability expenses.

“We truly hope that Sars will expedite the objections and payment of the refunds to enable parents to pay the school fees,” says Smulders.

She once again raises the concern around the Sars commissioner’s discretion to decide what can be tax deductible and what not.

“Only parliament may, in terms of the constitution, levy taxes,” she says.

Saica has expressed the hope that Sars will support its efforts to bring legislation within the ambit of the constitution.