When voluntary disclosure is not voluntary 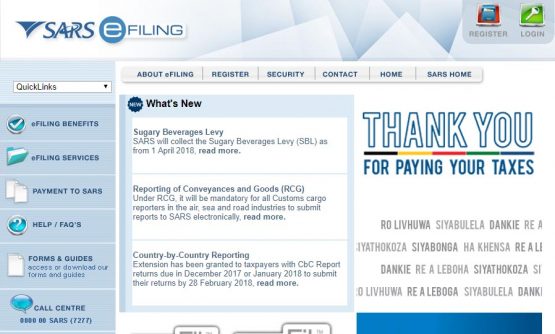 South African companies are increasingly making use of the programme to correct errors, but many are denied relief. Image: Moneyweb

The Voluntary Disclosure Programme (VDP) provides the opportunity for taxpayers to correct errors made on their tax returns without having to face “potentially significant” understatement penalties.

However, one of the main criteria when applying for relief under the programme is that the disclosure must be voluntary, and the company must not be in the process of being audited. The definition of what is voluntary and when an audit is an audit seems to create uncertainty.

Elle-Sarah Rossato, PwC’s head of tax controversy and dispute resolution, says the VDP process has become incredibly onerous. It also appears that the South African Revenue Service (Sars) is looking for any reason to deny these applications.

The PwC Tax Times 2019 survey shows that there has been a marked increase in the number of companies that have made use of the VDP – 42% this year compared to almost 36% last year.

However, of the 162 respondents who participated in this year’s survey, nearly 65%, up from 38% last year, said their VDP applications were denied because the disclosure was not considered voluntary.

“The problem is that voluntary is not defined in the act … It must surely be available to people who made a bona fide error, or they were advised at a later stage that the tax position they took on a certain matter was not correct and they want to correct it,” says Rossato.

Sars has since expanded the ‘voluntary’ definition to include the supplementary declaration after the initial tax return was filed as a “further element to deny VDP”, the survey notes.

The VDP process and the problems experienced by tax practitioners surfaced at the annual Tax Indaba, hosted by the South African Institute of Tax Professionals in Johannesburg.

Adele de Jager, tax executive at Bowmans, says the easiest way to correct an error is to request a correction through the Sars eFiling system.

However, there is nothing stopping Sars from raising understatement penalties when taxpayers follow this route. They advise their clients to consider disclosing the default to Sars through a VDP application.

De Jager says there are certain procedures to follow in order to apply for the VDP relief, and if it is approved there will be no penalties.

She is aware of some delays, but has found the response time with less complicated applications to be quite quick, and describes it as a generally straightforward process.

Zweli Mabhoza, founder and director of Priority Tax Solutions, says there needs to be clarity on when an entity is being audited. During the session on the pitfalls of submitting corporate tax returns, he said “an audit is an audit”.

If there is an intention to audit or there is a request for information, then the taxpayer should still be able to apply for a VDP.

Mabhoza says the challenge is when a company is being audited for one issue or tax type and it discovers a bona fide error in another area, and wants to apply for voluntary disclosure relief for that matter.

He is of the opinion that the company should be allowed to apply for VDP relief in the second matter.

He also referred to instances where disclosures are denied when there was more than one disclosure on a specific issue. In his example the disclosures were not related to the same set of facts and the matter was resolved three months later.

What does ‘readily apparent’ mean?

KPMG director Johan Heydenrych is of the view that it is relatively easy to apply for VDP. However, the firm is experiencing practical problems when a company requires a reduced assessment in the instance of overpayment. The requirement for a reduced assessment is that the error must be ‘readily apparent’.

Mabhoza questions the vagueness of determining a ‘readily apparent error’ as it will surely depend on the person’s level of training and understanding of the legislation.

He says it becomes quite subjective, because it can be convenient to say the error is not readily apparent. “I think it is something that needs to be addressed at some point.”

So even when you make an honest mistake, SARS will treat you as a criminal? Why does that not surprise me?