Why Gidon Novick remains optimistic about doing business in SA 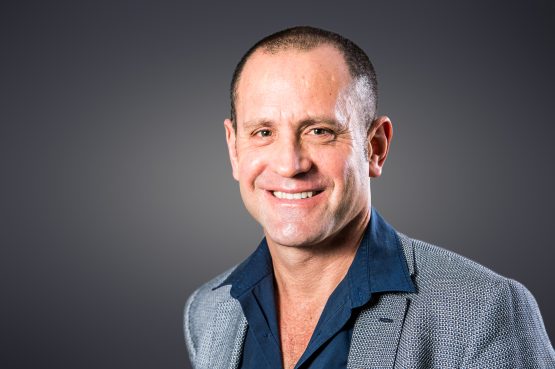 When aviation-exec-turned-venture-capitalist Gidon Novick recently told someone that he was raising capital for two new funds, the feedback wasn’t great.

“Do you actually realise how bad your timing is?” the person asked the founder of Lucid Ventures.

It was roughly three months before the ANC’s national elective conference and there was massive uncertainty and negative sentiment. This was not the time to be raising capital, his acquaintance continued.

A lot of South Africans would agree.

Against the background of widespread wastage of taxpayer funds and reports of state capture, now is probably the best time to be talking to people about the tax dispensation under Section 12J of the Income Tax Act, he argues.

In terms of the tax incentive, the full amount invested in a qualifying Section 12J Venture Capital Company (VCC) can be deducted from an individual’s taxable income during the year of investment. If the investor remains invested for five years, the tax deduction isn’t recouped.

He says although it is a very tough time for South Africa with a lot of negative sentiment, he remains “incredibly optimistic” about doing business in the country. Three reasons contribute to his enthusiasm.

His firm sees between 50 and 75 businesses to find one worth investing in, but engaging with these entrepreneurs on a daily basis, and experiencing their energy and focus is inspiring.

The kulula.com founder also believes the opportunity for tourism in South Africa is underestimated – the country is arguably one of the best tourism products in the world.

Another reason for his optimism is the property boom in Cape Town, where property values have increased roughly 15% year-on-year, even though news has been incredibly negative.

Typically, a developer would buy a site, and start pre-selling units. Once the pre-sales reached a certain level it would approach the bank for finance to get the project going. But a lot of buyers never intend to live in the units and buy them as investments.

Some buy a unit with the intention of listing it on Airbnb, but with roughly 17 000 units in Cape Town on the hospitality site, it is difficult to differentiate even before the management of the units are considered, he argues.

Its new Lucid Hotel Fund hopes to capitalise on this opportunity by buying “pre-sold” units at a good price and creating a management structure that runs the units.

In the long run, it aims to develop the fund into a residential real estate investment trust (Reit), a listed property structure. Once the five-year investment period comes to an end, investors will have the option of liquidating their investments or staying in the fund, which can be rolled up into a Reit structure (thereby also providing liquidity).

Its new Ignite Fund will invest in early-stage technology-orientated companies.

Novick admits that he was skeptical about the idea at first, but argues that while South Africa does not have the ability to produce technology-orientated companies on the scale the US can (or with similar returns), there is a real opportunity within certain pockets of the local technology industry.

Recent successful exits in this space include education tech company GetSmarter that was sold to US-listed 2U for $123 million and e-commerce platform WooCommerce that was acquired by Automattic for $30 million.

According to Sars spokesperson Sandile Memela, there were 66 registered VCCs as at September 28. The below table shows the number of taxpayers that used the tax incentive during the past few tax years.

Asked how many jobs have been created as a result of the incentive (first introduced in 2009), Memela said qualifying companies which receive investments from approved VCCs were not required to report on activities undertaken through the injection of such equity finance.

Sars was satisfied with the performance of the incentive, he added.

“We have noted a substantial increase in investments into VCCs with a total of R1.8 billion invested in 2017. The VCCs have on-invested about 22% of amounts received by them into qualifying companies. This is an increase of 13% from February 2016.”

Financial advisors warn however that investors need to do their homework before investing in a venture capital company, that they should be aware of the specific risks involved and that tax considerations should not be the sole reason for investing.

As one advisor recently argued: “Does it make sense to give away R1 just to save 40 cents tax? Make sure that the vehicle is solid and will produce an income going forward.”

“Timeo Danaos et dona ferentes” is a latin phrase written by Virgil between 29 and 19 BC. today you would say “beware of greeks bearing fruits”. all these guys want is your money so they can charge YOU fees. they’ll invest in anything as long as they get suckers to invest in them. the entire western cape is a DISASTER area – which the marvellous DA has finally recognised. the number of houses for sale in hout bay is now over 230 (was 150 before the troubles started).finally you NEVER invest for tax reasons – that’s NEVER!

Off the many posts you have made, this one makes the most sense and has a lesson for all those who have no clue what is really happening is the business arena ion ~South Africa. Your said “Finally you NEVER invest for tax reasons – that’s NEVER!”
Wise words indeed which should be heeded.

Gosh what can I say! Thank you seems the way to go – if u send me yr email I’ll invite you to a Sunday brunch I’m hosting in January at the joburg country club. MH will be in attendance as well Ryk (owner of MW!). Lucky ticket gets a bottle of Aus cab sav – which is to die for!

This statistic alone is frightening…….

and paints the real picture of whats going on in SA !

Further, this idiot is not creating any real business or doing anything economically active, but hoping to skim off the top of others hard work and sweat.

Welcome to NO HOPE COUNTRY!!!

And who is Gidon Novick? Dream on……