Could you stomach a 70% reduction in lifestyle? The average replacement ratios of respondents who retired in the year to March translates to a pension income of R2 880 for every R10 000 they had been earning prior to retirement. Picture: Shutterstock

If the average active fund member continued contributing to their retirement fund at their current rate until they retired, they would only earn an income equal to about 40% of their last salary in retirement.

This is one of the findings of the Alexander Forbes Retirement Fund Member Watch Survey, a quantitative piece of research covering just over a million members belonging to 2 030 employer clients.

The average replacement ratio – percentage of final salary just before retirement received as an income in retirement – of the 7 200 members who retired during the year to March 31 was 28.8%.

“In other words, for every R10 000 that somebody was earning pre-retirement, their pension is R2 880,” says Michael Prinsloo, managing executive of research and product development at Alexander Forbes.

This amounts to a reduction of roughly 70% in a person’s income, and thus lifestyle, in retirement. The question is whether people can handle this type of reduction, he says.

Admittedly, some retirees may have other retirement assets from which to draw an income, and the reduction may be overstated, but because only 8.7% of members preserve their benefits when changing jobs (and there hasn’t been a significant change in this trend), the assumption is that the pension benefit will be the only source of income for a significant portion of retirees and that they will have to supplement their income in some other way.

The pie chart below shows a breakdown of the actual replacement ratios achieved by retirees. Prinsloo says non-preservation remains a significant problem. Although preservation has improved by about 4% per annum over the last three years, the current rate of 8.7% is still lower than the 11.5% reported in 2012.

“We’ve won a few battles. We’ve lost a few battles, but we are not yet winning the war in terms of getting people to a reasonable retirement outcome.”

The chart below shows the percentage of members in various age groups who preserved their retirement benefits when changing jobs in the 12 months to end March 2018 (blue bars) and compares it to the situation in 2012 (orange line). Prinsloo says more people are leaving jobs each year, which may be a result of the changing world of work where people are expected to do more jobs throughout their careers, but each of these exits provides an opportunity for people to cash out their benefits.

A machine-learning analysis conducted using data around exits over the last three years identified five factors that influenced the level of preservation. These include the size of the fund credit, the industry sector, the reason for leaving the fund, access to financial advice, and whether the fund offers a preservation solution.

Although government increased the tax deduction for retirement contributions to 27.5% of taxable income or remuneration in 2016, the average total contribution as a percentage of pensionable salary has reduced slightly, from 14.2% in 2015 to 14.11% in 2018.

While salaries have generally grown faster than inflation, investment returns have not kept pace with salary inflation.

“[Investment returns] actually need to beat your salary inflation, because that is where you are generating wealth in order to maintain your lifestyle post retirement,” Prinsloo says.

On a positive note the survey shows there has been a reduction in the number of members who are making their own investment choices, but this also means there is a lot of responsibility on trustees to recommend appropriate defaults. Default regulations require retirement funds to implement a default investment, preservation and annuity strategy by March 1, 2019.

Another silver lining is that the most common retirement age has increased from 60 to 65 from five years ago.

The trend mirrors global developments where defined benefit and state pension funds are trying to reduce their pension liabilities. In South Africa, most funds are defined contribution funds, but allowing people to work longer enables them to save five more years, while simultaneously reducing the number of years they have to live off their funds in retirement (assuming they pass away at the same age in both scenarios).

Prinsloo cites an example of one client where the retirement age was increased from 60 to 65 – the expected replacement ratio jumped from the mid-40s to the mid-60s, thereby increasing the expected pension by around 50%.

While various solutions have been proposed for South Africa’s dire retirement situation, some of which have found their way into legislation, Prinsloo says committing a small additional portion of future salary increases to contributions can make a big difference over time. In the US, this is what the Save More Tomorrow initiative is trying to achieve.

70% reduction in income does not mean 70% reduction in “lifestyle” whatever that means. Remember, part of your expenses are work related, commuting costs, some clothing, part of car expenses etc. Also, people are more inclined to “keep up with the Joneses” during their working life than in retirement. Lot of retirees downsize their house, not for financial reason but for easier upkeep.

The income tax bill also decreases by a whole lot more than 70% unless
one was already below the tax threshold.

Forgot to mention, I have retired several years ago. I guess I can consider myself lucky, have no health problems and most of my investments are outside the country providing us with an income above what we are spending at the moment.

Ingé, another interesting view on retirement and attitudes of the average populace, thank you.

This is a “archaic” attitude that afflicts industrialised economies, notably Europe. Where people expect “the government” to provide everything through taxes and retirement in comfort is one. But its fracturing as the life span of people increase

The drawdown rate from a living annuity that is typically recommended by these plausible operators is somewhere around 2,5% – 5%. Considering that they skim off around 2% for themselves (if you can get them down that low) it’s pretty easy to see where the problem lies – and how easy it should be to fix it.

I wonder what mortality tables are used for the calculations. If they are taking very broad aggregate contribution data they should also take aggregate mortality. Which means on average pensioners might not live that long in retirement.
https://www.census.gov/content/dam/Census/library/publications/2016/demo/p95-16-1.pdf
Probably the average person is an impaired life annuity candidate at best.

The replacement ratio of 75% is way too low.Not working 5 days a week gives you much more time to spend and your medical costs will skyrocket.A ratio of 100% is more accurate!

I have an Alexander Forbes managed employer fund – 5 year membership. I am late 30s, and based on their assumptions, I track way behind on my retirement track.

Problem is, even though their online platform allow and encourage me to capture all preserved funds not under their administration, they do not take this into account.

So, if my experience is anything to go by, these stats from AF are of no use at all.

Yes, we know people leave jobs and do not preserve. But even those that do, does not end up in these stats I suspect.

Also, I keep thinking of this article on MW
https://www.moneyweb.co.za/investing/property/court-papers-shine-a-light-on-the-health-of-sas-residential-market/#comment-249389

How is this possible if people do not save.

Or are we just not saving in the way the Industry wants us to save in order to generate fees.

Thanks Ingé, very relevant article which touches upon several truths in the current economic environment and retirement scenarios. If one does the calculations, you either have to work and accumulate pension until you are 65+ or else ensure you save and invest sufficiently in addition to your “pension scheme”. Nobody should rely on a single pension scheme if they want to survive in relative comfort after retirement. One of the main factors influencing the precarious financial state of many pensioners is the continued cost increase of “perceived societal necessities” such as medical aid, direct medical costs, property tax, property insurance and security costs. There are others as well. These costs more than often increase at a rate higher than inflation. Often these high increases are supported by specially invented boards and legalized by government gazette to ensure the pensioner (and others) remain toothless and subdued or just scared out of their wits. The high increases (at least on par with “inflation” which remains on par with itself by its nature) is often morally justified in clever disguises (exchange rate, inflation, we are here to help you) by their architects but are in fact required to ensure their luxurious lifestyles and fancy office blocks. Inflation itself suffers from spontaneous combustion as many prices are “inflation linked” such as toll road costs and government + other employee salaries; these to a large extent synthetically create inflation by acting as catalysts and reminds one of a saprophyte feeding on itself. So, your article is spot on, and many (nearly most)pensioners will have to live with a fraction of their pre-retirement income. Does this influence the beyond or on par inflationary increases? No. These are unsustainable business models and adversely affects the standard of living of the poor and the retired. In many ways one can draw parallels with these business models and pyramid schemes. It is time that the government, who has recognized some of these exorbitant self-serving practices (medical costs for instance) also recognize and correct their own unsustainable models; and there are many.

Let me make it clear: ALL RA’s I have have underperformed and will never be enough for retirement!

Can changes to Regulation 28 be a panacea for our ailing economy?

A financial strategy allows us to live well and end well

What can I invest R158k in to receive R5k income monthly?

Can changes to Regulation 28 be a panacea for our ailing economy?

A financial strategy allows us to live well and end well

What can I invest R158k in to receive R5k income monthly? 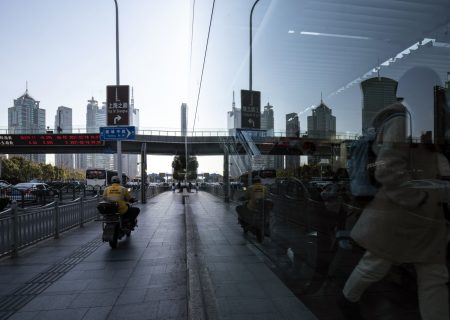 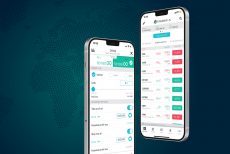