People are living longer, so you need to provide for longer from a smaller pot: Wynand Gouws from Gradidge Mahura Investments.
By Simon Brown 6 Oct 2021  11:35 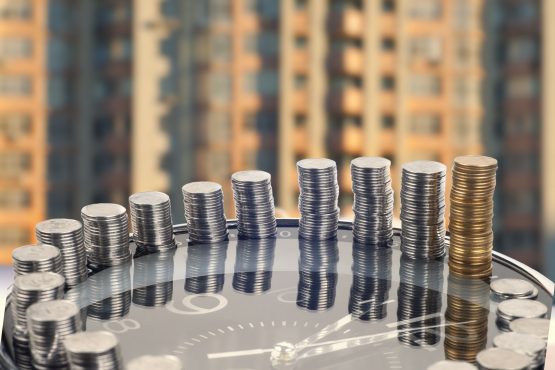 SIMON BROWN: I’m chatting now with Wynand Gouws from Gradidge Mahura Investments. Wynand, I appreciate your early morning. You wrote a great piece just last week [on iOL here] in terms of how we can actually delay our retirement. Ultimately, if we push it back a decade, we could potentially double our retirement income. It struck me like a thunderbolt, particularly in a country and in fact planet where so many individuals simply don’t have enough to retire on, that just pushing it back a decade can make a significant difference to our retirement.

WYNAND GOUWS: Morning, Simon. Yes, it certainly can. And I think for example of someone celebrating her 100th birthday, but there are so many people living nowadays into their 90s and 100s and she is only one example. But you are quite right. I think, firstly, the timing per se is relatively outdated. It was developed in the 1890s, the late 1800s. Life expectation then was 47. That’s grown to life expectation of 80.

So one is basically sitting with two conundrums. The one is one is most people, as you mentioned, don’t have enough money and haven’t saved sufficiently for retirement. And the second part is people are living for longer. So you need to provide for longer with a smaller pot.

One of the simplest ways to do that – I’m always reminded that there are only kind of two levers: one is saving for retirement, and one … is how long you save for. So by delaying retirement for either five or 10 years, which practically is quite possible if you plan around it, you can double your retirement income. So there’s a practical solution to a big problem for many people.

SIMON BROWN: You’ve essentially pulled two levers by pushing it back. You’re saving or your money is growing for a longer period. If we take a decade, you’ve got an extra 10 years of growth on that investment. And then of course your requirement is reduced because your life expectancy is then reduced, because you’re retiring at a 10-year later time frame.

WYNAND GOUWS: Yes, that’s spot on. On the one side …… saving to retirement … R4 million to R5 million – whatever that amount in the pot is . By just leaving that amount for 10 years, you can actually double it. That’s just the benefit of compounding. You built a lot of assets and now those assets can compound over the next 10 years. That is the one lever.

And the second key one is when we [meet] with clients we plan for a life into the 90s at least, because there is a high probability of one of the spouses or partners living into the 90s. So if you retire at 60, you need to plan for 30 years. If you postpone that to 70, that reduces to 20 years. That makes the world of difference.

SIMON BROWN: The big challenge then perhaps, because the maths is quite simple, the extra 10 years assuming good health is potentially doable. Of course, we’ve largely got that outdated retirement concept which says somewhere between 55 and 65 your boss is going to come to you and say, ‘Time’s up, thanks for the work’. You’ve got to almost start figuring perhaps a little bit earlier as to how you can earn income in that 10 years – a side hustle, consultancy, something that you can do so that you can push it back, because you might be willing [to keep working], but your company might not be.

WYNAND GOUWS: That’s absolutely spot on Simon. [You need an] intentional plan for your life post 65, or post retirement. There are many ways [to do that] but one has got to work toward that. So from the 40s and 50s [one’s got to start thinking about] what do we do after 65 and the options are quite high, as your employer might be pushing you for early retirement, ……. and so you need to have a plan after that. That plan could be contracting in again. It could be developing a new skill set in a something that you’ve always wanted to do and have never followed your passion. It could be starting a side hustle now to utilise into retirement.

And often what we also see is people don’t always use their assets or sweat their assets effectively. It could be in retirement just sweating your assets. It could be utilising … for income, utilising other investments, for example unit trust or shares for dividend income with a combination of some of the other items I mentioned. But it needs to be part of a plan. You can’t wake up at 65 to find a new job. You need to work towards getting that into your retirement plan.

SIMON BROWN: I take the point. You don’t also hit 65 and move everything into cash. You can still sweat those assets and make it happen. We’ll leave it there.

Wynand Gouws, from Gradidge Mahura Investments, I appreciate the time.