The gender pension gap takes centre stage, with the report offering solutions on how to place workers on an even playing field.
By Akhona Matshoba 21 Oct 2021  13:05 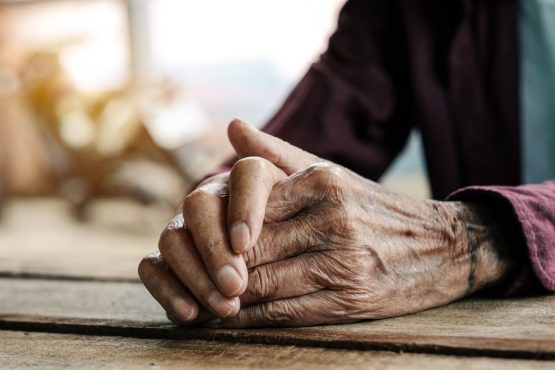 Of all the places you could choose to retire in the world, South Africa should be thirty-first on your list, according to data released by Mercer in its 13th annual CFA Institute Global Pension Index Report on Thursday.

The report – which assesses the adequacy, sustainability and integrity of pension systems around the world – gave South Africa a C grade overall index value of 53.6 – slightly higher than the 2020 score of 53.2.

South Africa’s latest position on the list may be owing to the addition of four new countries to the index – bringing the total country count for 2021 to 43 –  and its negligible improvement in the adequacy and sustainability sub-indices.

Vickie Lange, head of best practice at Alexander Forbes, said South Africa’s improved score for the two sub-indices is due to reforms that were recently effected, dictating that provident fund members younger than 55 need to purchase an income stream with at least two-thirds of their savings at retirement. However, Lange is of the view that further reforms are still to come.

“Several reforms have been implemented over the last few years, and there’s likely to be an even stronger focus on governance, with further reforms expected in the near future,” Lange said in a statement.

On the bright side, South Africa’s pension system did manage to rank higher than Argentina, Italy, Austria, Indonesia and India, to name a few. The top performers, who received an A grade, were Iceland (84.2) – one of the new additions to the list and the world’s best –  followed by Netherlands (83.5) and Denmark (82.0).

For South Africa to start seeing improvements in its systems, the report recommended that it start increasing the minimum level of support given to its poorest aged individuals, as well as increasing the coverage of employees in occupational pension schemes to consequently increase the level of contributions and assets.

The report also suggested introducing a minimum level of mandatory contributions into retirement savings funds and the introduction  of preservation requirements when members choose to withdraw from occupational pension funds.

“Governments the world over have responded to Covid-19 with significant levels of economic stimulus, which has added to government debt, reducing the future opportunity for governments to support their aged population,” the lead author of the study Dr David Knox said.

Knox added that, “Despite the challenges, now is not the time to put the brakes on pension reform – in fact, it’s time to accelerate it.”

“Individuals are having to take more and more responsibility for their own retirement income, and they need strong regulation and governance to be supported and protected.”

This year’s report also placed a special focus on the gender pension gap and its main contributing factors. The report showed that just as there was no single cause for the gap, there is also no silver bullet to rectify it.

According to the report, some of the factors that contribute to the gender pension gap relate to employment issues such as the fact that women in some sectors earn less on average than men.

The report also noted that more women tend to work fewer hours and spend time out of the workforce to tend to caring responsibilities than men. The disadvantage that women find themselves in because of the career choices they may (or may not) willingly make, coupled with the design flaws found in some pension plans, places them at an inferior level to their male counterparts.

“We know that closing the gender pension gap is an enormous challenge given the close link of the pension to employment and income patterns. But, with poverty among the aged more common for women, we can’t afford to sit idle,” Knox said.

Alexander Forbes – Mercer’s strategic partner in Africa – released the findings of its member analysis last week, which tried to quantify the reality for South African women and found that they are likely to get 10% less income from their retirement funds than their male counterparts.

Read: SA women ‘earn’ less than men even in retirement

“There are a number of actions that pension industries can take. As a start, they must remove eligibility restrictions for individuals to join employment-related pension arrangements.

“Regardless of how much you earn, how much you work or how long you’ve been working for, every individual should have the ability to participate in a pension scheme that provides adequate benefits,” he said.

“Pension funds can also introduce credits for those caring for the young and old. Carers provide a valuable service to the community and shouldn’t be penalised in their retirement years for taking time out of the formal workforce,” Knox added.

Same playing field drivel !!
Applies probably to prisoners !!
If u want gender equality then women must stop having babies and die earlier like men !!

The pension fund, provdent fund and RA is not what people think it is and we need more public education so that we do not just invest into it blindly.

All beautiful until you look at the high admin fees, low returns.

And worse is when you try to access your money, try a section 14 transfer and you will regret investing into a pension or provident fund.

Also, the current retirement debate is very inward focussed. What’s missing is the discussion about the purchasing power of your retirement funds 30+ years from now, and how to protect that. Think back over the events from the past 30 years.