Veil of secrecy to be lifted from retirement savings fees 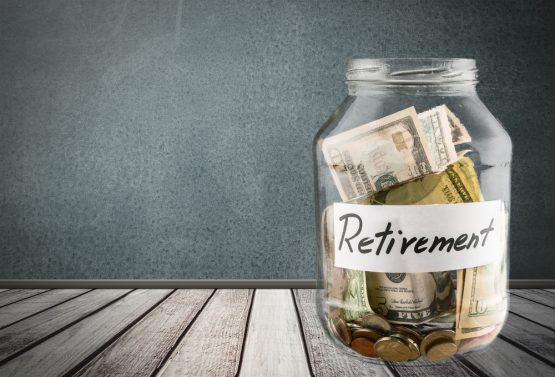 The standard is not about providing transparent disclosure to individual members of funds, but to the decision makers – employers and trustees. Picture: Shutterstock

The Retirement Savings Cost (RSC) Disclosure Standard – a standardised method of disclosing costs to employers or trustees who want to compare umbrella funds – could be a game changer in the long run, but its implementation is expected to come with some teething problems.

Although it is not legislation, the standard became effective for members of the Association for Savings and Investment South Africa (Asisa) on March 1. Providers have until September 1 to comply.

While the standard should ultimately benefit members, it is not aimed at transparent disclosure to individual fund members, but rather the decision makers when it comes to umbrella funds – employers and trustees.

Comparing costs in this space has always been particularly difficult because the charges are dependent on various factors – including the number of members and the value of assets.

In terms of the standard, the basic principle is that providers will have to disclose all charges and costs on a best-estimate basis, explains David Gluckman, head of special projects at Sanlam Employee Benefits.

Similar to the Effective Annual Cost (EAC) Standard that is used to disclose costs to advisors and consumers in the retail market, the RSC requires Asisa members to break down the various cost elements into four different buckets: investment management, advice, administration and other costs.

Best-estimate costs must also be projected over 10 years using certain standard assumptions: that the comparison only deals with the savings element of funds (not risk benefits), that any transfer of existing pension benefits from the current fund provider matches the start date, and that assets are invested in the employer’s default investment strategy.

In terms of investment management costs, providers will need to include the base management fees and performance fees plus all underlying charges and taxes on a best-estimate and look-through basis.

Gluckman says this is probably a positive, but investment managers will need to do some work to provide all this information. When this information is provided to employers, they often have to question whether providers are applying the same principles.

“I think there is some detail the industry still has to work out over time as far as that is concerned.”

While the standard is aimed at achieving complete and transparent disclosure, this will take time.

“The new standard is still being interpreted and debated and there will always be loopholes,” says Fedgroup CFO Sheldon Friedericksen. “At the end of the day, it is still up to the moral compass of the industry to implement this effectively. And at the moment, clients don’t have trust in the financial sector.”

It seems most providers have not implemented the standard yet. During conversations between Sanlam and around 200 professional employee benefit consultants during the first two weeks of March, none had yet seen a cost disclosure in accordance with the standard.

Since the costs are expressed as a percentage of assets, investment management fees will tend to stay constant during the entire period, but other costs will likely go down as the asset base grows (see example below).

The important point is that to comply with the standard all providers are going to have to disclose their splits between those four elements, which is something new for many of them.

Gluckman says it is likely that different providers will have different approaches and will apply the detail differently.

“I think there will be teething problems. I think this is very much reliant on the market to correct over time.”

Despite the initial challenges, Gluckman believes the standard could be a game changer over time as providers assess how these disclosure changes have impacted on take-up rates and introduce product enhancements as a result.

It may also lead to increased competition in the industry.

In my employer pension fund this is a non-issue. Fees on each portfolio are given as an annual percentage deducted monthly. Each portfolio has brackets for fees depending on the value in the fund. Hence the default portfolio would attract lower fees. Unit prices include dividends.

On the other hand it would be nice to know what fees are being paid to the underlying investment house. These seem to vary a bit, so it will not be really transparent if there is no breakdown per investment house.

Indeed, it would be interesting to know what my own Ret Annuity policies in-house funds’ “TER” (Total Expense Ratio) would be, e.g. similar to fund fact sheets in the Collective Investments / unit trust and ETF industry.

Based on poor past fund RA Fund performance, I recon life assurance companies inhouse fund “TER” must be around 50%!…or so it feels 🙁

Bull vs Bare 3 years ago

We need more transparency in this economy. This and the other financial fees must be spelt out in clear terms and be fully transparent. This is the first step.

In fact, transparency is what we need right through the economy as everyone will learn and cheating becomes harder then.