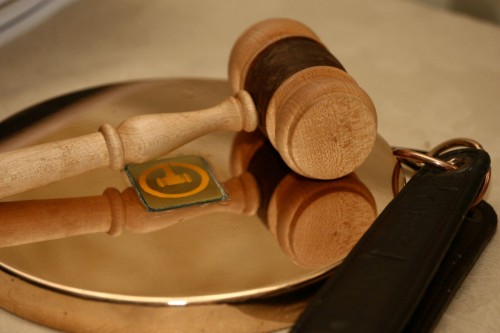 David Winston, who has a royal warrant for the restoration and conservation of pianos, is putting his entire collection of rare instruments up for sale.

“I’ve been doing it for 50 years,” he says, “and I just want to retire and have an easier life. Working on these instruments is quite physically hard work.”

“I’m very aware that you never really own these works of art,” Winston says of his pianos. “You’re just the caretaker of them for your time, and you have to be prepared to pass them on to other people at some point. And it’s really important to do that.”

Winston, who’s from Los Angeles but moved to the UK in his early 20s, came to pianos slowly. “I originally trained as a German violin maker,” he says, “but I didn’t play the violin. All I could play on the violin was the Mickey Mouse Club theme song.”

His lack of interest in the instrument, he says, was a sign. After five years, he gave up violin making and went back into training to learn how to work on keyboard instruments.

“I’m interested in working out how things work mechanically, and I’m also interested in history, music, design, and culture. All of those things are combined in pianos,” Winston says.

Winston set up shop in what he says was “a spare room in a tiny cottage in Kent,” and, as his clientele grew, he slowly graduated to a stand-alone workspace. Simultaneously, he says, “I decided to start investing in pianos by collecting and dealing.” He started small—”a £50 investment, that, even then, I was reluctant to do”—and things grew from there.

After a series of gloomy reports over the past decade (“No Longer the Heart of the Home, The Piano Industry Quietly Declines” is a representative sample), the piano market roared back during the pandemic. Stuck at home, onetime piano players apparently decided to begin practicing again; in that respect, the recent, upward trend is similar to a series of other pandemic-related hobby booms, including gardening and cooking.

But those sales represent a rise in piano players, not necessarily piano collectors, and Winston’s collection is filled with more esoteric objects.

“They’re not all in perfect playing condition,” Winston says. “Everything isn’t being sold as fully restored and up and running. Some instruments are just sold as originals because I have clients who just want them as objects and don’t want them restored.”

In that respect, Winston’s pianos are in a niche category that appeals to a specific, if growing, clientele.

With certain collectible pianos, “it’s like anything in the art world,” Winston continues. “If it’s got a verified provenance, they’ve gone up in value a lot. But it’s a limited supply — it’s harder and harder to get these things, so they do work as an investment if you get the right instrument.”

One of the top lots is a piano made by Pleyel, a French manufacturer preferred by luminaries including Chopin and Stravinsky.

The instrument was made in 1925 with an “Auto Pleyela,” a self-playing mechanism that was put into a case (basically, the outside of the piano) painted in a chinoiserie style. That piano has an estimate of £40 000 to £60 000.

A double Pleyel piano, Winston says, is one of only 50 ever made and was purchased in 1946 by the concert pianist Madeleine Lioux, who also happened to be the wife of the politician and novelist André Malraux.

“It’s a really fascinating instrument,” Winston says. “It’s very different than if two people are playing side-by-side. This is one instrument responding to two players at the same time.” That piano is estimated from £30 000 to £50 000.

Other works have similarly rich backstories.

There’s a Bluthner piano from 1854 that carries the signature of the Polish pianist and future Prime Minister Jan Paderewski, estimated to sell for £6 000 to £8 000; a grand piano made by Chapell that was used on the second Mauretania carries the same estimates. There’s also a rare Arts and Crafts-style grand piano made by John Broadwood & Sons from 1904, which was owned at one point by Andy Warhol’s boyfriend, Jed Johnson, and, at a separate date, the Forbes collection. That carries an estimate of £12 000 to £18 000.

Winston says he’s selling his entire collection, aside from a lone harpsichord.

“It’s a little strange,” he says. “You’re used to looking at sale announcements for people who died, and I’m still very much alive.”

During the auction, he’ll probably “go lock myself in a room and tell someone to let me know when it’s over.”

He already has a hunch that things will go well. “My client base is really international,” he says, “and it’s amazing how fast the word has spread that these are coming up for sale.”