After setbacks, Anglo American counting on turnaround for Minas-Rio mine

Two leaks in a month, a 90-day outage and $58 million in fines is not enough to temper the company’s ambitions in Brazil.
By Alexandra Alper and Barbara Lewis, Reuters 17 Apr 2018  07:08 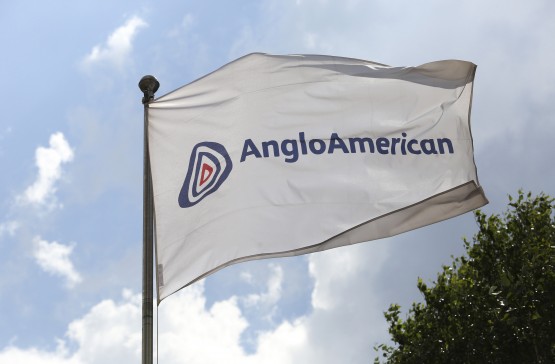 Two leaks in a month, a 90-day outage and $58 million in fines is not enough to temper Anglo American’s ambition for its long-delayed, multi-billion dollar Minas-Rio iron ore mine in Brazil.

Purchased at the height of the commodities boom a decade ago for $5.5 billion, Anglo American was once counting on Minas-Rio to produce 26.5 million tonnes of iron ore by 2016. The mine’s strength is its high-grade iron ore that commands a premium as the world’s biggest commodity consumer China seeks to cut pollution.

Minas-Rio is Anglo American’s biggest development project, and its bet on the future of iron ore, but so far it only accounts for a small percentage of its overall profits as it is still in ramp-up phase.

The project has been delayed by Brazil’s labyrinthine permitting process, and production is now hampered by the leaks on the pipeline, which will be shut during a three month inspection. Renewed focus on environmental standards at mines, after leaks at the Norwegian-owned Alunorte refinery and from Anglo’s pipelines, has clouded its prospects in some investors eyes.

Brazil’s federal environmental regulator Ibama levied fines against Anglo American of 71 million reais ($21.1 million) related to two spills last month from a pipeline that carries iron ore from the Minas-Rio mine. That was in addition to 125.6 million reais ($37.3 million) from the Brazilian state of Minas Gerais on April 4.

Ibama said it will need to evaluate a technical report provided by Anglo after its pipeline inspection before it can resume operations. Ibama did not provide a timeline for that evaluation.

Anglo American executives are confident Minas-Rio – a project that has cost more than $8 billion to build – will hit that 26.5 million tonne production target in 2020, and expect the mine will soon break even, with output expected at only around 10 million tonnes this year.

“Regardless of the leak, we expect a cash flow very close to the break even (this year),” Anglo American CEO for Brazil Ruben Fernandes told Reuters, adding he expects the company to get a vital final permit from Brazil.

Some industry veterans see financial woes weighing heavily, as Anglo continues to pay fixed costs and stops receiving revenue for the expensive mine.

“This without a doubt is a setback,” for Anglo said Roberto Castello Branco, a former senior executive at Vale and board member at Petrobas of the Minas-Rio leak.

He added it is also a negative for the Brazilian mining industry which may now face tougher scrutiny to operate a mine in a country that has suffered repeated environmental damage from mining.

“It is a situation in which everyone loses,” said Branco.

Rival miners have already pulled back production after their own leaks. Norway’s Hydro has halved capacity at its Alunorte alumina refinery after a leak, while Samarco – a joint venture between BHP and Vale – has yet to resume output after a dam collapse in 2015 that killed 19 people.

He has not put a figure on lost revenue during the shutdown over next few months, telling Reuters that the focus is on “stable production of 26 million and a half in keeping with the project. Then we will know the cost of production.”

Without the permit to expand, Minas-Rio would run out of ore at the end of the year.

Anglo American executives have played down the pipeline leaks, saying the spills were not toxic and swiftly contained.

“We should be ready to apply for the operating license in the third quarter of this year,” Fernandes said.

The stakes for Brazil are high when it comes to how strict its regulators get on mine safety, given the country is well-placed to supply the United States as President Donald Trump’s tariff war aims to boost his domestic steel industry.

A more robust US industry would need more iron ore and Brazil is geographically in the right region to supply it, having gotten a tariff exemption.

“If the iron-ore price stays high, it will be a very profitable asset,” said Steve Magill, head of European Value at UBS Asset Management, a top 20 Anglo American shareholder.

“But we have to acknowledge that because of past mistakes, the company spent a huge amount on it, so the return on the total investment won’t be good.”

That said, Anglo has outperformed peers this year in part because of improved efficiency in production of bulk commodities coal and iron ore and strong output from its Kumba operations in South Africa.

For the full-year 2017, Anglo American’s most profitable divisions were coal followed by iron ore and manganese, accounting for respectively 32 and 27% of EBITDA.

RBC Capital Markets analyst Tyler Broda said the bank continued to see “relative upside in Anglo American versus peers on a 12-month view” because it has recovered well from 2015-16 crash, cost cutting and improved efficiency. But acquiring permits remains a worry.

Hennie Faul, Anglo American’s global copper unit CEO, said “each country has its own challenges” but the company’s balance sheet was well-positioned to keep developing its Brazil assets, which also include nickel.

“We’re certainly not trying to get out of Brazil,” Faul told Reuters in Santiago.