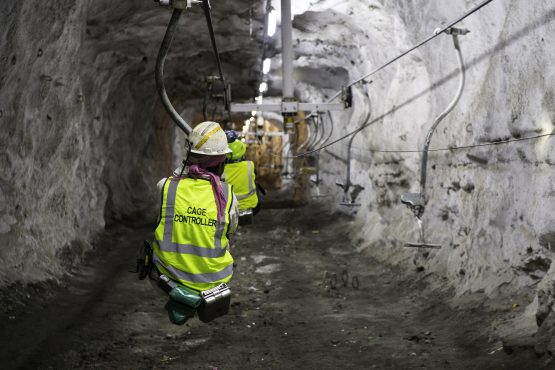 South Africa‘s Association of Mineworkers and Construction Union (Amcu) will seek a monthly basic wage of R17 000 ($1 145) for its members when platinum pay talks get underway this month, its president said on Friday.

The world’s top platinum miners are bracing for a fresh round of negotiations with South African workers as a rise in profits is likely to provoke higher wage demands from labour unions, including the militant Amcu.

Amcu, the majority union in the platinum sector, has since 2012 argued for a living wage of R12 500 for its members but now says that is not enough due to inflation.

“We believe that R17 000 is the minimum amount that a worker needs as a basic salary,” Amcu president Joseph Mathunjwa told a news briefing.

“It is a small price for the hard work and daily risks to life and limb our members face.”

The lowest paid worker in the platinum sector currently earns around R11 000.

Higher prices for palladium and rhodium and a weaker rand currency have boosted profits at miners such as Anglo American Platinum (Amplats), Sibanye-Stillwater – now combined with Lonmin – and Impala Platinum after several years of losses.

This has emboldened Amcu, which in April ended a five-month strike at Sibanye’s gold operations.

“In South Africa we have become used to high profits contrasted by a declining wage share of these hyper profits. The rich bosses get richer and the poor workers get poorer,” Mathunjwa said.

The union also said it had handed written submissions to the labour registrar on Thursday following the registrar’s accusation that it has not complied with the constitution and had violated its own rules by not holding a national congress.

In April, South Africa‘s labour registrar said in the government gazette he intended to cancel the registration of Amcu because the trade union was “not a genuine trade union as envisaged in the (Labour Relations) Act”.

If the Amcu is de-registered, it would not be able to continue operating, potentially sparking unrest in mining communities.

“We are more convinced than ever that this is a political attack on Amcu for being a genuine trade union,” Mathunjwa said.

Same league as Cmrde Julius. Delusional and incapable of logic.

Just a simple example for the AMCU members

I know this is a negotiating tactic, but please explain how this is “realistic and achievable”?

Its like negotiating with the construction mafia or my garden wall. Nationalize it and pay yourself. See how long it will last. I don’t care and seemingly nor do they.

Come out of fantasy land Joseph,you know almost nothing about growth,those mines have monies of bosses and shareholders,a basic starting wage of 11k isnt enough?,I agree it needs to be livable,but 17?delusional much or just greedy,mines are one of the richest paid jobs in south Africa currently.You all about that union fees arent you.