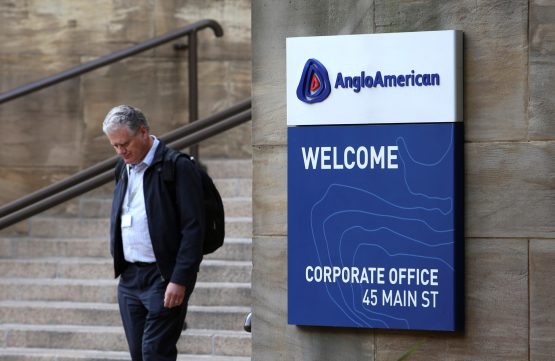 The investment into the new-diamond mining boat is the latest in a series of growth moves by the century-old miner. Picture: Chris Ratcliffe, Bloomberg

Anglo American will build a new diamond-mining boat to operate off the coast of Namibia, where it finds some of its most expensive stones, in the latest sign the company is willing to spend on growth.

Anglo’s De Beers unit already has a fleet of boats that hoover up the precious stones on the Atlantic Ocean, through a 50:50 partnership with Namibia. The southern African nation’s diamonds, which have been washed down the Orange River from South Africa over millions of years and deposited in the ocean, are key to De Beers because of their high quality. The investment is the latest in a series of growth moves by the century-old miner. So far, Anglo has shied away from delivering the sort of blockbuster shareholder returns seen from larger rivals Rio Tinto Group and BHP Group. Part of the reason was a more distressed balance sheet, but it’s also been more willing to spend on growth. The company last year approved a $5 billion copper mine in Peru, albeit with a Japanese partner to cut the cost and risk.

The new boat will cost $468 million — of which $234 million is attributable to Anglo — and is expected to start operating in 2022, when it will produce 500 000 carats a year, a 35% increase on current production. While not the biggest, the Namibian gems have few flaws after being broken from larger stones on their way to the seabed. Only the strong and good-quality ones survive.

Although De Beers’s Namibian production is dwarfed by its giant Botswana operations, the stones it produces there are more than three times as valuable. In recent years, the top end of the diamond market has been far more resilient to pricing pressure in cheaper goods.