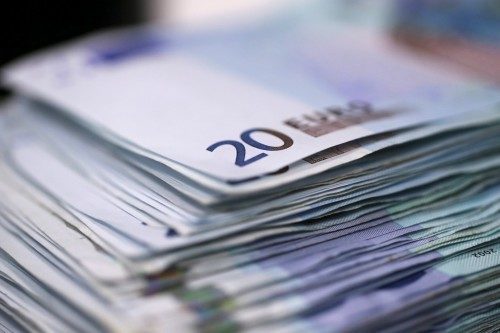 European stocks snapped a five-day winning streak as declines in banks outweighed a surge in miners. Greek shares slid for a second day.

Credit Agricole SA dragged lenders to the worst performance on the Stoxx Europe 600 Index, tumbling 10 percent after signaling it failed to win backing from regulators for a reorganization that may free up capital to repay investors. Total SA and Eni SpA pulled oil-and-gas companies down, as crude traded in a bear market. BHP Billiton Ltd and Rio Tinto Group rose at least 1.4 percent, pushing commodity producers to the biggest gain on the equity gauge as some metal prices rebounded.

“The banking sector today is burdened mainly by Credit Agricole. There were hopes that some capital could be repaid to investors,” said Christian Stocker, a strategist at UniCredit Bank AG in Munich. “Mining stocks were extremely weak the last few weeks and the reaction today is nothing but a small relief,”

Greece’s ASE Index, which plummeted 16 percent on reopening Monday after a five-week suspension, lost 1.2 percent, for the biggest drop among western-European markets. The emergency curbs placed on trading before the resumption of activity are making routine tasks like buying and selling often impossible, according to local brokers.

BMW AG dropped 1.2 percent after saying that slowing sales in China may force it to revise this year’s profitability goals.

Shire Plc slipped 5.7 percent after making an unsolicited offer to buy Baxalta Inc., a business spun off by Baxter International Inc. last month, for about $30 billion in stock.