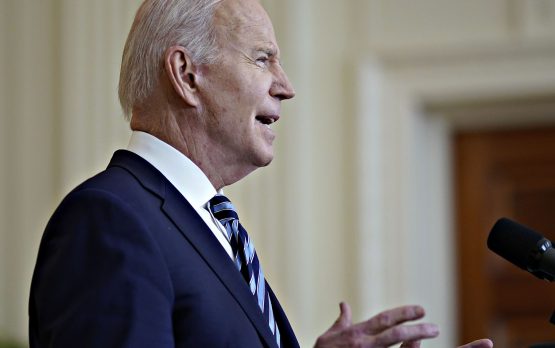 President Joe Biden said he would defend NATO to the point of World War III, but that he won’t risk touching off a wider conflict by fighting Russia in Ukraine and ruled out establishing a no-fly zone.

“As we provide this support to Ukraine, we’re going to continue to stand together with our allies in Europe and send an unmistakable message: that we will defend every inch of NATO territory,” Biden said in Philadelphia on Friday during a speech to Democrats. “If they move once — granted, if we respond, it is World War III, but we have a sacred obligation on NATO territory.”

But he again said the US won’t fight Russia in Ukraine, including by establishing a no-fly zone. “We will not fight the third World War in Ukraine,” he said.

He rejected calls for the US to consider an effort to close the skies over Ukraine, which American military commanders have said would require shooting down Russian planes in the airspace.