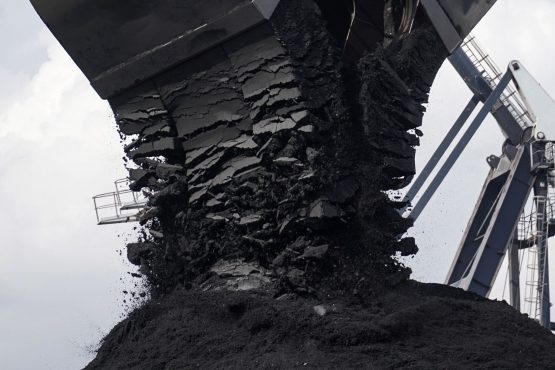 The company’s collapse underscores how deeply cheap natural gas and renewable energy resources have cut into coal’s share of the US power market. Image: Vincent Mundy/Bloomberg

Robert E Murray, the US coal baron who pressed the Trump administration to help save America’s struggling miners, placed his company into bankruptcy as demand for the fossil fuel continues to weaken.

Murray Energy filed for Chapter 11 protection in the US Bankruptcy Court in Columbus, Ohio, to restructure more than $2.7 billion of debt. The miner — the largest privately owned US coal company — reached a restructuring support agreement with lenders who hold more than 60% of a $1.7 billion loan, the company said in a statement. The deal provides a new $350 million loan to keep operations going during the reorganisation. 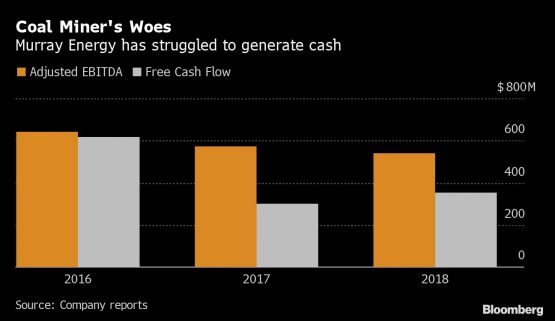 The bankruptcy comes more than a year after the Trump administration’s efforts to subsidise struggling nuclear and coal-fired power plants failed, shot down by Trump’s own appointed energy regulators. Some of those plants were Murray Energy’s customers. Robert Murray, a big donor to Trump’s campaign, was instrumental in setting his energy agenda and has hosted multiple fundraisers.

The company said Tuesday that it named Robert D Moore, Robert Murray’s nephew and former chief operating officer, as president and chief executive officer of Murray Energy. Under the restructuring agreement, the lender group will form a new entity — called Murray NewCo — that would seek to acquire the company’s assets, with Murray as chairman and Moore as CEO. The company’s collapse underscores how deeply cheap natural gas and renewable energy resources have cut into coal’s share of the US power market. Cloud Peak Energy, Cambrian Coal Blackjewel and Blackhawk Mining have all filed for bankruptcy this year. Their downfall mirrors waning demand for fuel that as recently as 2003 accounted for more than half of all US power generation.

Murray warned in 2017 that the shifts in the industry could push it into bankruptcy. The company initially chose to avoid that route and persuaded creditors to ease its debt load somewhat. But analysts said this left the company at a disadvantage with rivals because it remained saddled with high costs and interest expenses.

The bankruptcy provided a rare peek at the privately held miner’s financial performance, with documents posted on the company’s website showing adjusted earnings before interest, taxes, depreciation and amortisation (Ebitda) of $542 million in 2018, down from $574 million the prior year and $643 million in 2016. Revenue from coal was $2.5 billion in 2018, up from $2.2 billion in a year earlier.

The lender agreement calls for the reorganised company to reject any existing collective bargaining agreement between the company and employees, the disclosures show. Murray, which has more than 5 000 employees — 2 400 of whom are active union members — said it faces more than $8 billion in liabilities for various pensions and benefit plans.

“We have high-powered legal, financial and communications teams in place that will fight to protect our members’ interests in the bankruptcy court,” United Mine Workers of America International President Cecil ERoberts said in an emailed statement. “I want our active members to know that this filing changes nothing as far as the current terms and conditions of employment.”

Robert Murray, who began working in coal mines at 16 to support his family, has had deep union ties. Before starting his St Clairsville, Ohio-based company in 1988, he spent 31 years at North American Coal, eventually becoming CEO.

In his telling, he was fired in October 1987 after refusing to get behind the company’s plan to reincorporate in Delaware and shed obligations to some 1 800 retirees whom Murray had spent years working alongside North American Coal said at the time that it changed CEOs as part of a broader strategy to diversify into non-coal operations.

As his own company struggled in recent years, Murray continued to be one of the industry’s biggest cheerleaders.

He led the fight against President Barack Obama’s clean-air rules, filing numerous legal challenges and calling the Democrat “the greatest enemy I’ve ever had in my life.” His company donated $1 million to a political action committee backing Trump’s agenda in the 2018 election.

Murray listed almost 100 affiliates that were also filing for Chapter 11. Foresight Energy, a struggling St. Louis-based coal miner in which Murray bought a controlling stake, wasn’t part of the proceedings, Murray said in a statement. Foresight skipped an interest payment this month and is evaluating its options as a 30-day grace period expires this week. Moore, Murray’s new CEO, is also Foresight’s CEO.

Lesson from the Trump handbook – borrow money, take the money, declare bankrupcy, walk away without a conscience!