Bitcoin is a means of payment, just not yet for you

It’s great for big transactions. The challenge is handling smaller ones.
By Elaine Ou, Bloomberg 23 Jan 2018  05:27 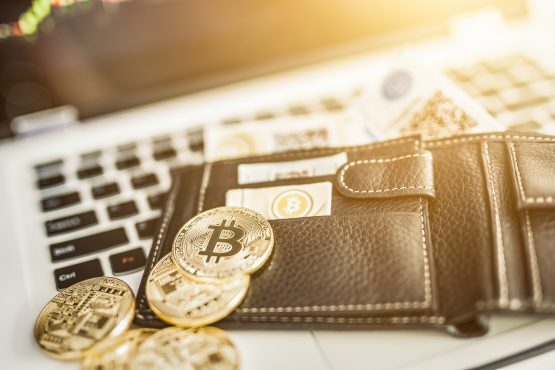 Critics of Bitcoin often argue that it’s useless as a means of payment, one of the key elements of any successful currency. That’s not quite right, and likely to become less so.

First, a reminder on how Bitcoin works. If I want to send someone some Bitcoin, I simply broadcast my intention to the network. I then wait for the transaction to be picked up by “miners,” who process transactions in return for fees and newly minted Bitcoin. If all goes well, my transaction will be included in a block, which becomes part of the global immutable ledger known as the Bitcoin blockchain. (Disclosure: I own some Bitcoin, because as a blockchain engineer I sometimes receive it as payment.)

Despite complaints about the lack of usability, the network is being used to make a lot of payments. In the last three months of 2017, it processed almost $150 billion in transactions, nearly ten times what it did a year earlier and more than seven times what Western Union moves among consumers in a typical quarter. It’s important to note, though, that the actual number of transactions hasn’t changed — it’s the average value of each transaction that keeps growing.

Granted, this is far from an ideal system if you want to pay for a cup of coffee. That’s because transactions must compete to get picked up by miners, who favor the ones that offer the biggest fees. Somebody who wants to move $1 million can easily afford to offer $20, but someone who wants to buy a pizza probably can’t. As a result, smaller transactions can languish — a sort of inequality that has led some to accuse Bitcoin of becoming just another toy for the elite.

What to do? One popular workaround involves exchanges and wallet providers such as Coinbase and Xapo, which hold Bitcoin on behalf of millions of individual customers. Coinbase last year estimated that they were storing about 10 percent of all bitcoin in circulation, and others have similarly large balances. People who use the same provider can make Bitcoin payments to one another instantly, through the provider’s own books, without the cost or delay of broadcasting to the blockchain. Xapo, for example, processes about 500,000 transactions a day off the blockchain, and only 30,000 on.

So transactions can be fast and cheap, as long as users are willing to rely on a trusted central counterparty — but that’s exactly the kind of system that Bitcoin was designed to subvert. Not to mention the fact that wallet providers and exchanges have become prime targets for hackers.

So how can regular folks transact in Bitcoin while remaining true to its peer-to-peer ethos? A fledgling network called Lightning offers one solution: It allows people to create two-way channels through which they can make numerous small payments, with only the final balances settled on the blockchain. To deal with the issue of trust, it requires users to put down deposits that can be forfeited if they fail to make good on their obligations.

Lightning is still in its infancy, and might not be enough to make Bitcoin universally accessible. It does, however, have the potential to offer low-cost payment processing while retaining Bitcoin’s permissionless nature. Other solutions based on the same technology might even enable decentralised exchanges.

Bitcoin will never be the universal communal ledger that many early advocates imagined. It’s simply not realistic to replicate every petty cash transfer on computers all around the world. That said, if the Bitcoin blockchain acts as a sort of wholesale settlement backbone for numerous retail networks such as Lightning, it could yet fulfill the goal of creating a genuine peer-to-peer payment system. That would be an impressive achievement in itself.

I use it to pay for things all the time, it works great.