ANC members who had been implicated in wrongdoing were acting in an individual capacity, according to Zizi Kodwa.
By Nkululeko Ncana, Bloomberg 18 Jan 2019  17:18 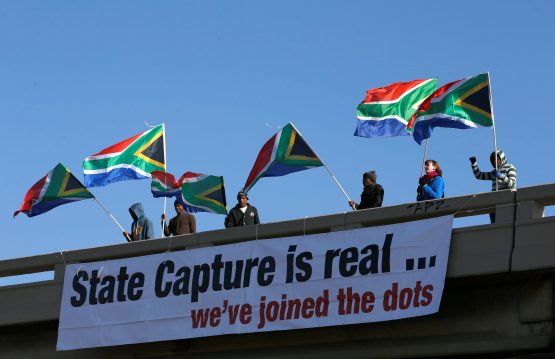 Bosasa helped the ruling party launder state funds so they could be used for electioneering, according to the company’s former chief operating officer.

Angelo Agrizzi, who worked at Bosasa for almost 19 years before quitting in 2016, told a judicial commission Friday that money earmarked for a youth center run by the company was diverted to the African National Congress in the North West Province at the request of a provincial government minister. About R3.4 million ($247,000) was handed over, with one individual receiving R1.8 million, he testified, without identifying them.

The panel, headed by Deputy Chief Justice Raymond Zondo, was established to probe the theft of taxpayer funds during former President Jacob Zuma’s tenure. It has previously focused on allegations that members of the Gupta family used their close relationship with Zuma and other officials to loot state companies, but Agrizzi’s testimony indicates that the problem was far more widespread. Zuma and the Guptas have denied wrongdoing.

ANC members who had been implicated in wrongdoing were acting in an individual capacity, according to Zizi Kodwa, a member of the party’s national executive committee.

“We will encourage those individuals, who have not have acted on behalf of the organisation, to go before the commission and explain,” he said. “The ANC is not going to do a running commentary about them.”

Agrizzi explained how Bosasa, which was renamed African Global Operations in 2017, obtained vast sums of cash that it used to pay bribes to secure and retain security, catering and other contracts from the government and private businesses. These included utilising wages for “ghost workers” and making electronic transfers to a bottle store’s account in exchange for banknotes, he said.

In an affidavit, Agrizzi said he’d been told that the commission’s secretary, Khotso de Wee, had taken bribes from Bosasa when he worked in the country’s justice department to help the company secure a tender in 2013, but he couldn’t substantiate the allegation. While De Wee denied any wrongdoing, he had agreed to take special leave while the matter is being investigated, Zondo said.

I can only congratulate the State Capture Enquiry for finally looking beyond the Gupta companies. State Capture is a corporate disease in SA. In my experience very few large corporate companies operate without delving into some form of political choreography.

In SA, we have all been Bossassa’d by the ANC every since they won power.

Surely there must be some bank accounts, cheques or other documents as proof that vast some have been withdrawn from banks. Unless they printed their own money