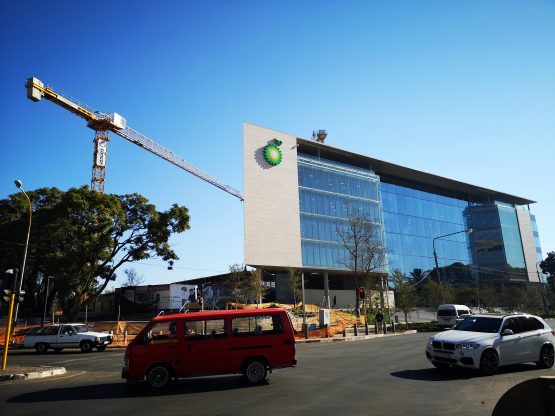 BP reported a profit that beat analyst estimates as a strong refining performance offset the effect of lower oil and natural gas prices and bad weather that curbed production.

The positive result will please investors expecting a gloomy third quarter for Big Oil. Crude prices have fallen as the US-China trade war stokes demand concerns, while American output has continued to flood the market. BP said adjusted net income was $2.25 billion in the quarter, exceeding the average analyst estimate of $1.77 billion. That compares with profit of $3.84 billion a year earlier, when BP decided to buy a $10.5 billion package of US shale assets in cash rather than shares because it was so confident oil prices would stay high.

This year, the London-based company took the unusual step of issuing a statement before earnings to flag up factors affecting business in the third quarter. BP warned it would pay a tax rate of about 50%, higher than the expected full-year rate of 40%. It also signalled that gearing — a measure of debt to equity — would remain above its target range.

The company also gave advance warning of a non-cash impairment charge from the sale of gas assets in the US. That amounted to $2.61 billion in the quarter, meaning the company reported a net loss of $749 million. In response to that guidance, analysts had already downgraded their estimates for adjusted net income by about a third over the past four weeks, according to data compiled by Bloomberg.

“It looks like a decent result, although worth keeping in mind that this comes after heavy downgrades in recent weeks,” said Morgan Stanley analyst Martijn Rats “As recent as early October, the consensus third-quarter net income was still $2.7 billion.”

BP’s refining and marketing unit posted adjusted profit of $1.88 billion in the period compared with $2.11 billion a year earlier, a much smaller decline than its upstream business.

That result was achieved despite weakening margins as price differentials between heavy and light crude became less favorable to BP. Instead, the strong performance came from high operational reliability, with the company’s Whiting and Cherry Point refineries in the US processed record amounts of crude, the company said.

Output fell from the preceding quarter as a result of the hurricane and maintenance, sliding to 3.7 million barrels of oil equivalent a day, including the contribution of barrels from strategic partner Rosneft PJSC. Production should rise again in the fourth quarter, the company said.

Cash flow from operations including working capital, an important measure of whether BP’s shale deal is paying off, held steady compared with a year earlier at $6.5 billion.

BP has worked diligently to cut costs and boost the cash it generates from projects after crude’s collapse in 2014. Some of that work can be attributed to Bernard Looney, the company’s upstream director and incoming chief executive officer. Investors and analysts will expect him to continue that push, while expanding efforts to cut carbon, when he takes over the top job in February.

Th my opinion, this company has learnt big lessons from its mistakes and disasters and is all the better for them! I’m particularly liking their green energy commitments in their current advertising campaigns. Hopefully their actions speak as loud as their words…..I’m a buyer – good ethical long term prospects.