The first high profile result is likely to be from the northeast England town of Hartlepool, where a special election was held for a seat in the UK Parliament.
By Tim Ross, Bloomberg 7 May 2021  08:15 Voting has finished in crucial British elections set to shape the future of the UK, in the first electoral test for Prime Minister Boris Johnson’s government since the coronavirus pandemic struck.

Counting of ballot papers will take place over the coming days in contests for the parliaments of Scotland and Wales, the Mayor of London and English local councils. The first high profile result is likely to be from the northeast England town of Hartlepool, where a special election was held for a seat in the UK Parliament.

The context for the “Super Thursday” votes — the biggest election series outside a general election — is challenging for both Johnson and his main rival, Labour Party leader Keir Starmer.

The prime minister has been fighting claims of so-called sleaze in recent weeks, ranging from allegations he failed to comply with rules over political donations, to cronyism and incompetence in his handling of the pandemic. 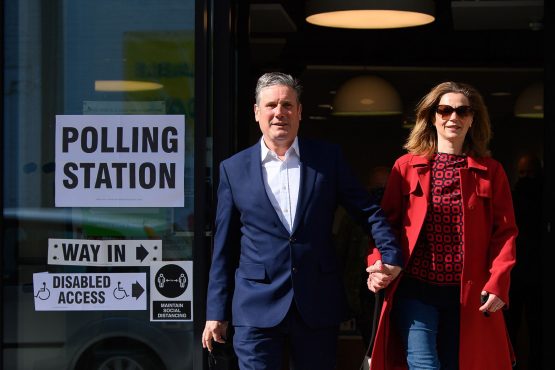 The Tories have generally been ahead of Labour in recent national polls, buoyed by the government’s vaccine successes. But Johnson’s lead narrowed last weekend after official inquiries were launched into his behaviour. On top of that, national polls are an unreliable guide to local elections, and turnout may be skewed if voters stay home due to the pandemic.

For Starmer, one year into his job as leader of the official opposition, the elections are also an opportunity fraught with danger. A poor set of results is likely to trigger questions over whether he is the right person to rescue Labour, which hasn’t won a general election since Tony Blair’s last victory in 2005.

In Scotland, a strong victory for the pro-independence Scottish National Party of Nicola Sturgeon would reignite the debate over whether the UK should continue in its current form, or whether Scottish voters should get another chance to decide if they want to break away.

Here’s a guide to where the elections are happening and what’s at stake:

The only parliamentary district up for grabs, Hartlepool has voted for a Labour MP every time since the seat’s creation in 1974. Yet polling in recent weeks suggests the Conservatives are on the verge of winning this by-election, in an area that backed Brexit by 70% in 2016.

It is rare for a governing party to gain a seat at a by-election, so a victory for the Tories would be a major coup for Johnson.

One issue dominates elections to the Scottish parliament: independence. Sturgeon’s SNP has been in power for 14 years, yet the focus is not on its record running the government in Edinburgh, but whether Scotland — which voted against Brexit — has the right to another referendum on leaving the UK. Polls show the SNP is set for a big win again, so all eyes are on the margin of victory in the 129-member parliament. The pro-independence Greens are tipped to do well, and a parliament dominated by breakaway parties would increase calls for a referendum. Johnson has so far refused to grant one.

For Starmer, recovering some of Labour’s losses in Scotland would be a welcome signal that he really has a chance of ousting the Tories in the next general election. Labour’s new leader in Scotland, Anas Sarwar, is aiming to supplant the Conservatives as the biggest opposition party to the SNP.

Voters in Wales — who are electing the 60 members of the Senedd, the Welsh parliament — will give their verdict on First Minister Mark Drakeford’s handling of the coronavirus pandemic. Welsh Labour, which has been polling ahead of the Conservatives, currently has 29 seats and governs with the help of some opposition politicians.

The pro-independence Plaid Cymru has 10 seats, and is looking to capitalise on a recent increase in support for breaking away from the rest of the UK.

Contests are taking place to elect about 5 000 representatives in 143 local council areas around the country, as well as 13 directly elected mayors. These councils have power over local matters ranging from schooling to sports facilities, libraries and taxes on business and domestic properties.

Among councils up for election this time, 47 are controlled by the Tories, 54 by Labour and 6 by the Liberal Democrats.

Labour’s Sadiq Khan is seeking another term as mayor of the UK capital, and past polls have put him well ahead of any of the other candidates in the 20-strong field. Despite the Conservatives’ popular brand nationally, Labour retains majority support in London.