The funding is in addition to £48m previously committed to the REPP by Britain. Picture: Supplied

Britain will provide 100 million pounds for a scheme to help to support renewable power projects in sub-Saharan Africa, the government said on Tuesday.

The funding pledge comes as delegates from more than 190 countries meet in Poland to flesh out how to reach commitments made under the 2015 Paris Agreement to keep the rise in global temperature below 2 degrees Celsius this century.

Britain will invest the money into the co-called Renewable Energy Performance Platform (REPP) which aims to support renewable energy projects, such as solar, wind and hydro in sub-Saharan Africa.

British energy minister Claire Perry said in a statement the money would help to provide hundreds of thousands of people with electricity for the first time.

The 100 million pounds will help to fund up to 40 projects, capable of providing electricity for 2.4 million people a year, Britain’s Department for Business, Energy and Industrial strategy said in the statement.

The funding is in addition to 48 million pounds previously committed to the REPP by Britain, the statement said.

Projects already being supported by REPP include solar projects in Tanzania and Burundi and a hydropower project in Kenya.

The funding is also part of Britain’s overall commitment to invest 5.8 billion pounds in international climate finance by 2020.

Virus-stricken African currencies are set for even more pain

Virus-stricken African currencies are set for even more pain What businesses need to know What do you buy after the rule book is torn up? 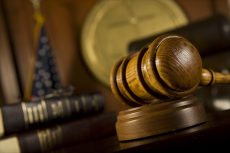