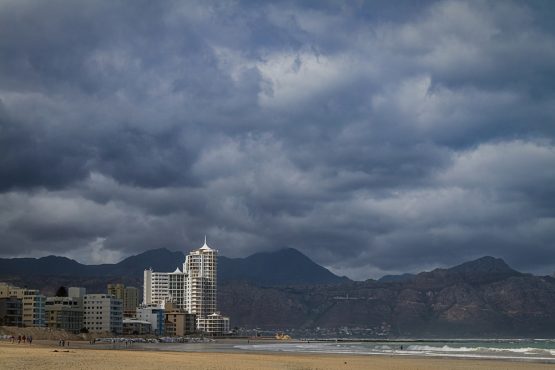 A severe storm is set to hit the Western Cape on Wednesday, following months of dry conditions in the area. The SA Weather Service is predicting heavy rains and flash flooding, strong gale force winds and even light snowfalls over the mountains around Sutherland on Wedsnesday night.

According to the service, rough sea conditions with possible storm surges are also ‘very likely’.

We are in for a rough ride from the incoming #CapeStorm tomorrow / Wednesday, large amounts of rain, over gale force winds and huge swells! pic.twitter.com/CmQNjwQFOD

The cold front is expected to continue into Thursday, with no significant rainfall predicted for Friday.

As a result of the severe warning issued by the weather service, the Western Cape Education Department has taken the decision to close schools in the area on Wednesday “in the interest of learner and educator safety”.

“Our primary concern is the safety of learners and staff,” says Brian Schreuder, head of Education Western Cape. “The storm may damage some schools, which could place learners and staff at risk, as well as those who commute to school, especially in rural areas.”

Rains of up to 50mm or more are expected over the 24-hour period and while this is good news for the drought-stricken area, some have expressed fear for the safety of residents who stay in low-lying places such as the Cape Flats.

About 600 000 FAMILIES live in informal settlements in Cape Town guys. This storm is not good news. Imagine losing your home?