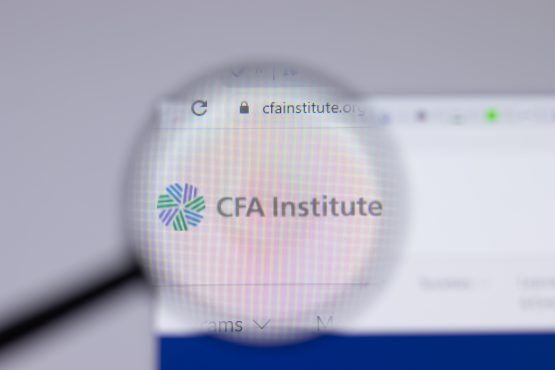 The pass rate for the first level of the chartered financial analyst exam continued to move up from the historic lows set last year, when the pandemic disrupted testing.

In May, 38% of candidates passed the Level I test, up from a 36% success rate for those who sat for the exam in February and 27% in November, the CFA Institute said Thursday. The average pass rate for the past decade is about 41%, according to the association.

“It is encouraging to see the continued rise in the Level I pass rate,” Chris Wiese, managing director for credentialing at the institute, said in a statement. The pandemic led the CFA Institute to cancel testing in just four of the more than 300 cities in which it offers the exam, Wiese said. “We remain cautiously optimistic that candidates are again beginning to move through the CFA program at the usual pace and with pass rates closer to historical norms.” The latest results show a continued improvement from historically low pass rates across all levels of the CFA exam last year. More than 19,000 candidates sat for the Level I exam in May, which was administered at 600 testing centers around the world. Historically, the institute offered the exam on paper, but transitioned to computer-based testing during the pandemic.

Passing all three CFA exams can lead to higher salaries and more job opportunities. Candidates generally study 300 hours for each level and take four years to complete the series, which is offered multiple times throughout the year.

Candidates who sat for the Level III exam administered in May will be notified of their results on July 28, the institute said.