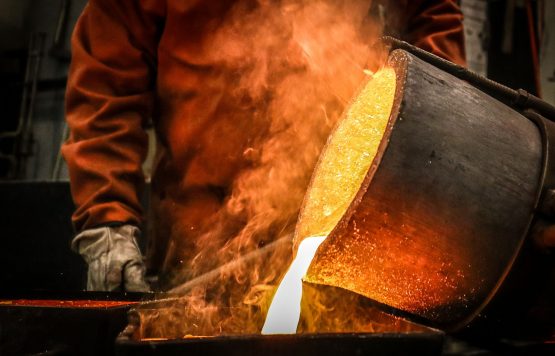 Commodity investors looking to China to reverse the severe rout in global metals markets may be disappointed, with Beijing unable to deliver the kind of investment splurge that powered past bull markets.

Authorities are mulling a plan to let local governments sell 1.5 trillion yuan ($220 billion) of special bonds in the second half, according to people familiar with the matter. This potential boost for infrastructure spending helped commodities pare some of their steep losses in recent weeks.

While past waves of Chinese stimulus played a role in rescuing industrial commodities from slumps in global demand — after the 2008 financial crisis, from late 2015, and arguably again in 2020 — there’s much more caution this time. Extra funds will likely be used to plug Covid-era budget gaps, and won’t tackle the bigger issue for metals demand: a subdued property market and a still-struggling manufacturing sector.

“Yes, China’s economy is going to revive in the second half, but modestly,” Caroline Bain, chief commodities economist at Capital Economics Ltd., said by phone. “That’s possibly a little bit more positive for metals, but we don’t see China being able to spark a new rally.” Base metals had their worst quarter since 2008 in the three months to June, and the retreat deepened in July. Copper plunged briefly below $7 500 a ton in intraday trading last week, its lowest since late 2020, and is down about 29% from a March record. Iron ore is down about a third from its highest this year, and aluminium is 41% lower.

While Goldman Sachs Group Inc. says China’s policies could eventually halt the bear market in metals, there’s generally caution over prospects for demand in a nation that accounts for about half of the world’s consumption of everything from zinc to aluminum. Chinese copper demand will eke out only a small amount of growth this year, says researcher Wood Mackenzie Ltd.

“We haven’t yet seen any of the demand pick-up we were supposed to see after the Covid lockdowns,” said Fan Rui, analyst at Guoyuan Futures Co. Downstream users are “not buying copper at all” amid slumping prices, an indication they expect further declines, she said.

The headwinds in China are many. Real estate is still in the grip of a long downturn, the scale of infrastructure spending is uncertain, and export demand is hitting headwinds. The economy probably shrank in the second quarter, and repeated virus outbreaks will make President Xi Jinping’s growth goal of 5.5% this year ever more challenging. China continues to see sporadic outbreaks of Covid-19 virus. Rising cases in Shanghai have prompted more rounds of mass testing in the financial hub, and the emergence of new sub-variants provides a constant challenge to the country’s zero-tolerance approach to the virus.

Xi ordered an all-out effort to boost infrastructure earlier this year. The plan for local government bonds under consideration by the Ministry of Finance would add to 1.1 trillion yuan in infrastructure support announced in recent weeks.

“The scale and impact from this year’s stimulus will be certainly weaker than the previous ones, as this round we purely count on infrastructure spending,” Xu Xiangchun, analyst with researcher Mysteel, said by phone. “The property sector is in the process of building a bottom, and is not expecting a policy reversal.”

This is a big shift from previous growth cycles that leaned heavily on credit flows to warm the property market. The sector is important not just for construction activity, but for generating wealth for consumers to spend on metal-intensive goods like cars and consumer goods.

China’s last property cycle peaked in the first half of 2021 as the government’s move to deleverage the sector began to bite. That also ended an unprecedented steel boom from which the market still hasn’t recovered.

There are some signs of an easing in property woes: land transactions and housing sales picked up in June, for example. But the head of China’s No. 2 builder warned the recovery will be slow. Debt issues in the sector remain an issue.

Also, the type of infrastructure being rolled out is different from the past. To put it crudely: cloud computing, 5G networks and data centers are less materials-intensive than the airports, bridges and high-speed railways that dominated previous cycles.

Some analysts strike a more optimistic note. Goldman Sachs said it expects policy-led demand to start ramping up this quarter, helping to draw in metal from the rest of the world and push prices higher again. Its last forecast put copper at $10,500 by the year’s end. On Monday, the metal fell 1.9% to $7,657 a ton on the London Metal Exchange as of 9:02 a.m. in Shanghai.

Citigroup Inc. said it’s cautious on copper “with a timely and decisive rollout of stimulus measures” above those already announced needed to support prices at recent levels. “Without it, prices will grind lower,” the bank said in a research note.

Steelmakers in China, which have been disappointed by weak demand so far this year, are also sounding the alarm. One major producer called a meeting this week to discuss a response to the sector’s rapid downturn, and warned of a crisis lasting five years.