In the early 1990s, stock traders started getting spooked by bad debts from Japan’s 1980s bubble years. In response, Tokyo marshalled one of history’s biggest government-buying sprees to hold the Nikkei stock market above 17,000. Untold billions of yen from national pension funds and postal savings accounts were channeled through the Ministry of Finance into shares, and authorities also clamped down on short selling.

China, confronted today with plunging shares on the Beijing and Shanghai stock markets, has now organized an intervention that makes Tokyo’s look downright lame. And that strategy will almost certainly come back to haunt Xi Jinping’s Communist Party, just as it did the Liberal Democratic Party of Japan’s then-Prime Minister Kiichi Miyazawa.

So many of the forces behind Japan’s last several lost decades of economic stagnation and deflation can be traced back to the moment Miyazawa’s government decided to treat only the symptoms of the country’s economic frailty, rather than its underlying causes. More than a decade would pass before the LDP admitted Japan’s economy was suffering from the many bad loans the government had encouraged and the bailouts of zombie companies it had organized.

But in many ways, Tokyo never stopped confining its reform efforts to the symptoms of the country’s malaise. The country’s 15 prime ministers over the past two decades have avoided addressing the country’s excess of regulation, rigid labor laws and high trade tariffs. And for all his talk of sweeping change, current Prime Minister Shinzo Abe has been no different. His revival plans, like those of his predecessors, center on boosting asset prices. Abe’s nudging of the $1.1 trillion Government Pension Investment Fund to buy domestic stocks is a reprisal of the price-keeping operations of years past. And the yen’s 34% plunge since late 2012, encouraged by Abe’s government, has pumped up corporate profits and, in turn, the Nikkei stock exchange.

Xi has followed Japan’s general plan, aiming to boost economic growth (and buy the support of his 1.3 billion people) via surging shares and a $20 trillion-plus credit explosion emanating from the shadow banking industry. In doing so, Xi has created an excess of too-big-to-fail enterprises — the category includes politically-connected companies, property, local- government debt and now stocks.

At the same time, Xi has done little to recalibrate the economy. Exports and industrial production still dominate the Chinese economy, while the growth of small-to-medium-size enterprises has been underwhelming. And there’s little evidence that Beijing really intends on letting markets play a “decisive” role in the national economy: since Monday, almost 750 listed companies have abruptly suspended trading to avoid further losses. “Official operations to support share prices run counter to the idea that Beijing needs a robust and deep stock market to help resolve existing market distortions and to facilitate its broader policy of economic liberalization,” says analyst Joyce Poon of GaveKal Dragonomics.

In some ways, Japan’s experience should allay global concerns about swooning Shanghai shares. Japan’s stock crash and slowdown “didn’t crush world growth,” says Oxford economist Adam Slater. Around 1990, Slater says, Japan was contributing about 1 percentage point to world trade growth, broadly similar to China’s recent annual contributions. The real fallout from China’s troubles would be regional. In 2014, exports to China generated more growth in Asia’s 10 most important economies than Japan did in 1990 — in aggregate about 9% of gross domestic product versus 4%. So a China slowdown would hurt, but it won’t necessarily be a Lehman Brothers moment.

Still, Xi must strengthen the fundamentals of China’s national economy. The longer he delays weaning the economy off excessive investment, the more Lehman-like the fallout will be. And even if a full-blown crisis isn’t in Beijing’s immediate future, a long, slow Japan-like decline might be. It’s one thing when that fate befalls a wealthy, developed nation with democratic institutions. It’s quite another when it happens to a giant emerging one minting more day traders than jobs. 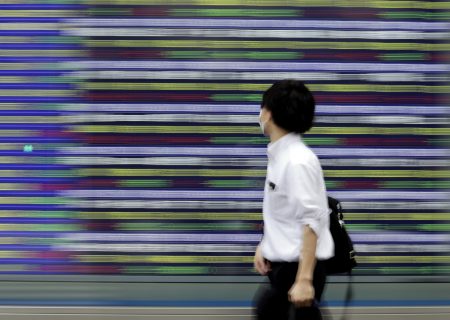