Data shows how social-distancing measures may not just ‘flatten the curve’ but also delay later waves of the outbreak.
Naomi Kresge, Bloomberg  /  26 March 2020 06:42 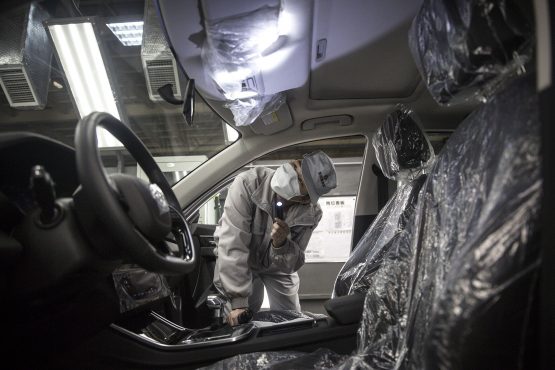 Wuhan gradually goes back to work during lockdown. Image: Bloomberg

China’s long lockdown in Wuhan may have bought the country months of time before a feared second wave of coronavirus cases peaks, according to a study with implications for how long other nations may have to maintain similar restrictions.

Reopening schools and businesses in April might push back the highest point of a second wave to October, giving health systems more time to prepare, researchers said in a study published in Lancet Public Health. Lifting the measures just a month earlier, in March, might have resulted in a wave of infections cresting in late August, the researchers found.

The strength of a potential second wave is key to governments deciding how long lockdowns should last and how to lift restrictions without seeing the virus surge again. Differences in regional outbreaks and responses mean the timeline in China doesn’t extrapolate directly to other epicentres of the pandemic around the world, said lead researcher Kiesha Prem of the London School of Hygiene & Tropical Medicine.

But the data show how social-distancing measures may not just flatten the curve of infections but also delay later waves of the outbreak.

The findings are “crucial for policy makers everywhere,” Tim Colbourn, an associate professor at University College London who wasn’t involved in the study, wrote in an accompanying comment. As countries around the world implement their own coronavirus lockdowns, “safe ways out of this situation must be identified,” he said.

Lifting restrictions gradually might help to flatten the second wave of the outbreak, Prem and her team found. Countries must consider societal and economic implications as well, she said in an interview. “If you don’t have an economy going, you cannot sustain a health system.”

Chinese officials have said they’ll lift the mass quarantine in Wuhan on April 8 and have been gradually easing restrictions throughout surrounding Hubei province. The lockdown there started on January 23.